Valentine's Day is tough... not just because we're internalizing our anger over why this holiday was reinvented to benefit the greeting card companies (I make my own), but rather why society makes us feel like we need step up to the plate with a "gift from the heart." 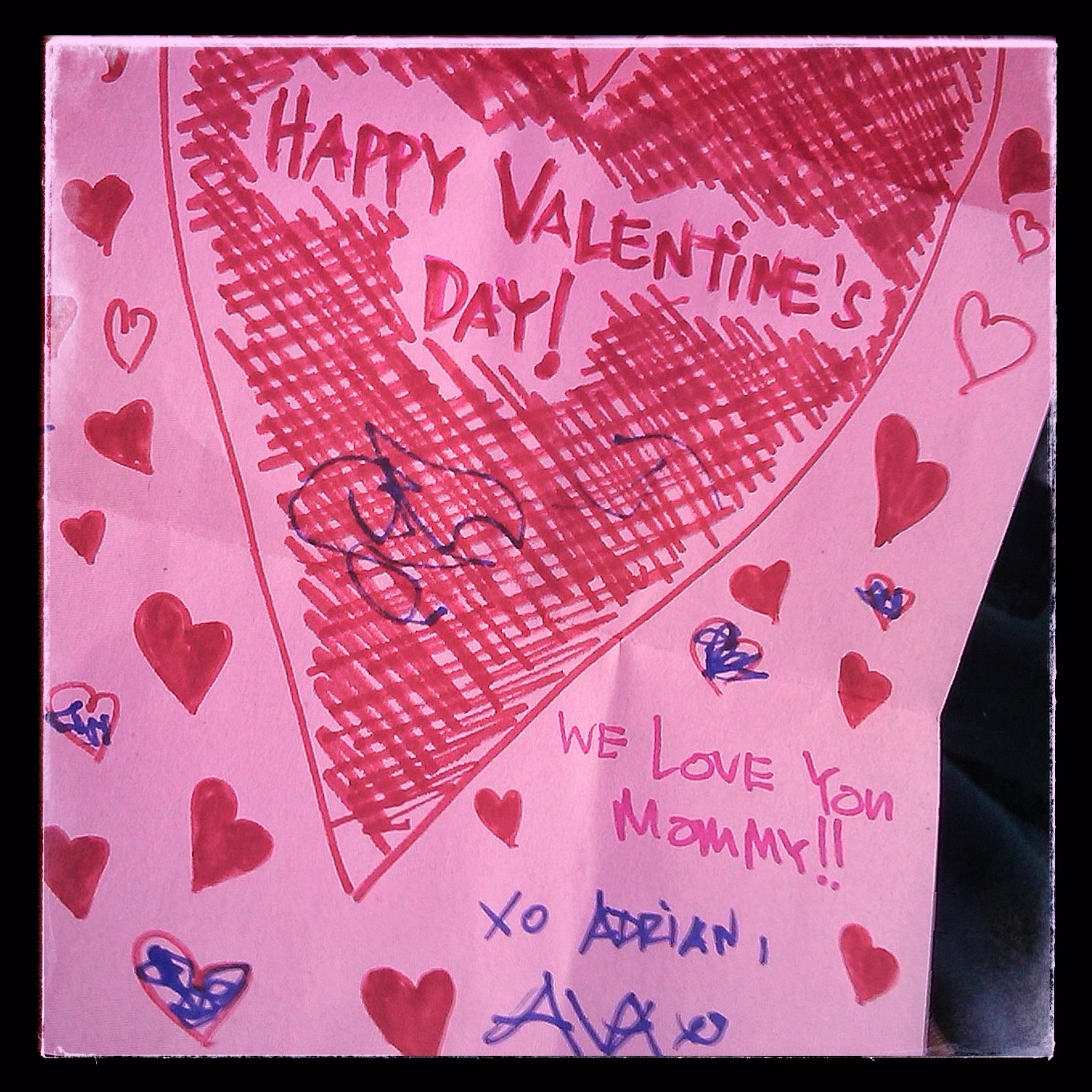 If you've already got the perfect present for your hubby, let's hope it isn't on this list. This is stuff we just DON'T need...

Silk boxers - Do you know how sensitive our penises are? EXTREMELY. Just like they were in 8th grade, when this would've been a great idea. The 'Dad Dong' is often underused and spends long hours in captivity. A light breeze or faint graze across the bagging station at the supermarket is enough to set it off. The last thing we need is an involuntary pup tent in our slacks during a big meeting with the partners.

Car Wash Supplies - In theory, it's nice to get outside and bathe in Armor All, stain your fingers with brake dust on a toothbrush rim-job and accidentally drop the hose and shoot yourself in the face. But the reality is that most of us don't have the '67 Camaro yet. We've got a mass produced, primary-colored leased car with a "wear n' tear" forgiveness clause. Let's save the time and money and cruise into town to let the fundraising sorority girls' at the bank put the Cool Hand Luke on the sedan.

Bike Helmet - Safety is #1. I get that. I really do. But if I'm gonna have to look like Rick Moranis in Honey, I Shrunk The Kids, riding around our neighborhood with a styrofoam bowl on my head, at least consider the home team football helmet upgrade.

Self-Help Book - If men wanted help, we would've starting asking for it thousands of years ago when we were dragging you gals around the cave by your hair trying to rub sticks together. But we didn't... because we're stubborn and dense with pride. We're not blind to our shortcomings, we just prefer handling them on our own, preferably when no one is looking.

Multi-bit Screwdriver - I personally have six of these f*ckers in the garage and can't manage to ever keep track of all the bits, let alone summon the dexterity to stuff them back inside the grip. Perhaps when I'm older I'll be able to keep up with them, but for now they'll rattle around inside the vacuum cleaner and stay tucked into my kid's lip like a Skoal Bandit. Maybe we should conserve some of that wrist torque for later anyway, no?

The Mankini - No matter how big your Hubs' beef stick looks after dropping the winter weight and doing some spring manscaping, don't empower us to believe we can pull this off. If you're doubting me, have him parade around in a pair of your thongs first -- just keep that car washing bucket handy in case you get sick.

Dry Rub - When it comes to anything grilling, we want autonomy. We may not know exactly what we're doing all the time, but hot damn if we won't try and win the Oscar to convince you otherwise. Drop your goggles and look the other way as we spin a spice tornado in the kitchen that will later interrogate our insides with enough Scovilles to extinguish a Tucks medicated pad.

Horizontal Striped Shirts - A couple more inches is always OK, isn't it? We don't really want to look short and fat, even if we are. Vertical stripes make us feel tall and lean. Yes, please.

A Framed Picture of Yourself - You know that sorta creepy (yet beautiful) picture of you sitting on a fountain with the forced smile? The one that you put in a weird acrylic frame and then wrote 'TIL DEATH DO US PART on with glittery craft markers? The one that you insist I keep on my desk at work? Ummm... well, I don't know how to say this, but I think we have enough of those. I know you're the sweet, endearing love of my life, but the guys at work keep referencing Fatal Attraction and asking how my rabbit is.

33-in-1 Golf Club - The internet mall touts that this item will 'allow you to carry twice the number of allowable clubs in one hand.' As men, unless we're standing next to each other at the airport or stadium urinal, we're always looking to flaunt what tools we're working with. A golf bag stuffed full of clubs is like a badge of honor. The fact that it weighs 35 pounds and sounds like a car wreck coming down the fairway is part of the allure. We'll get laughed out of the clubhouse if we show up with this TV antenna.

Kama Sutra Pocket Nightstand Edition - The "us" gift. We're too old or aren't bendy enough to have sex like the ancient Hindus. The only 'Lotus' we can handle has four wheels (HINT: this would be a great gift). Let us focus on what we know best; the two or three tried-and-true moves that were handed down to us in high school and muted Cinemax.

Digital Audio Recorder - We know you asked us to take our dirty underwear off the back of the toilet. And to clean up our tools in the garage so you can get the car in. And to stop cropdusting people in the women's shoe section of Macy's. We can hear you... we just sometimes pretend that we don't. Even if we used this thing as a reminder, there's just some sh*t we refuse to do.

A Necktie - Nothing screams 'boring as f*ck' like another tie that we can look forward to spilling BBQ sauce on and pushing to the back of the closet until the next yard sale. Unless this has an alternative agenda like going around your wrists or the headboard, let's leave it at JoS. A. Banks.

Coupon for a Backrub - You're probably not a masseuse and as much as you want to give us a sensual massage, we understand that it's not your job. You'll still be texting or watching The Hallmark Channel over your shoulder. This is not the happy ending we are looking for.

More:
Valentine's DayweddingsStay-At-Home MomsParenting husband
Newsletter Sign Up
A weekly guide to improving all of the relationships in your life
Subscribe to HuffPost’s relationships email
Successfully Subscribed!
Realness delivered to your inbox