Ben & Jerry's: great for gorging, even greater for weird kitchen experiments. The eponymous hippies from Vermont have been spreading joy, one scoop at a time, for 36 years, but do you really know your benevolent Phish Food creators inside and out? Probably not. But don't worry, because you can read up on all the burning Cowmobiles and Doughboy fights fit to print below. 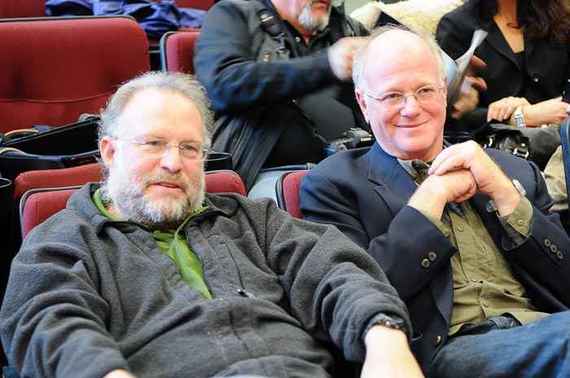 1. It all started with an old gas station and a $5 class
Ben Cohen and Jerry Greenfield opened the very first Ben & Jerry's in Burlington, Vermont in 1978. Their shop was a renovated gas station, and their knowledge was based on a $5 correspondence course in ice cream from Penn State (which is kinda famous for its creamery). Unlike most gas-station births, this one was beautiful. 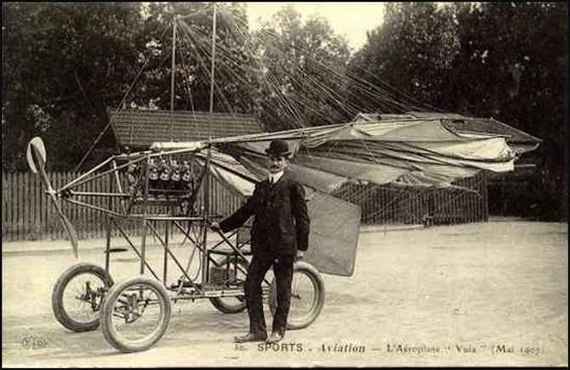 2. The company almost had a whimsical name
The pair decided early on that "Jerry & Ben's" sounded awkward, but apparently Ben had some far-out suggestions for the company name that Jerry shot down, including "Josephine's Flying Machine". (Not pictured: Josephine.) 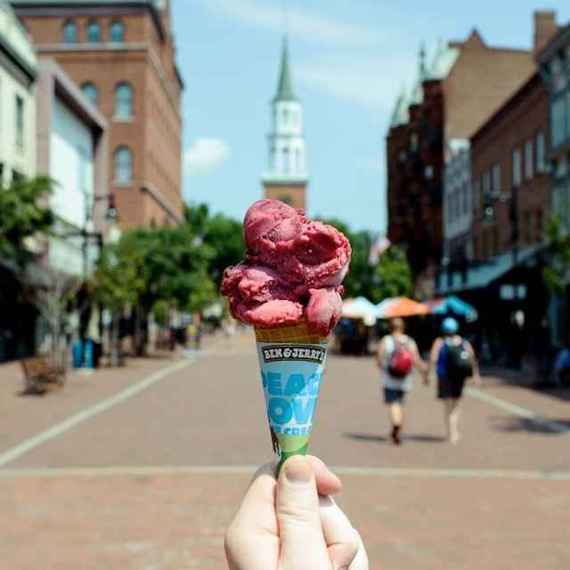 3. Free Cone Day has been around basically since the beginning
The annual holiday, wherein Ben & Jerry invite you to enjoy your favorite scoop free of charge, was started on the company's first anniversary as a thank you to the fans that kept them in business. It's been running every year since, making it easily the best thing spawned in 1979. (Sorry, Trivial Pursuit.) 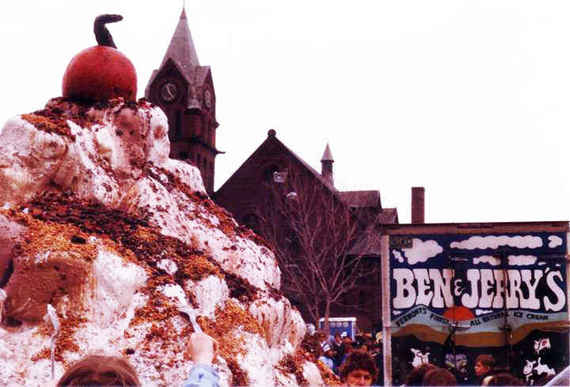 4. They built a mountain of ice cream in the '80s
In an attempt to build the "world's largest ice cream sundae", Ben & Jerry's constructed a 27,102lb monster in St. Albans, Vermont in 1983. St. Albans is probably still purging its streets of residual chocolate syrup, while the massive cherry remains at large. 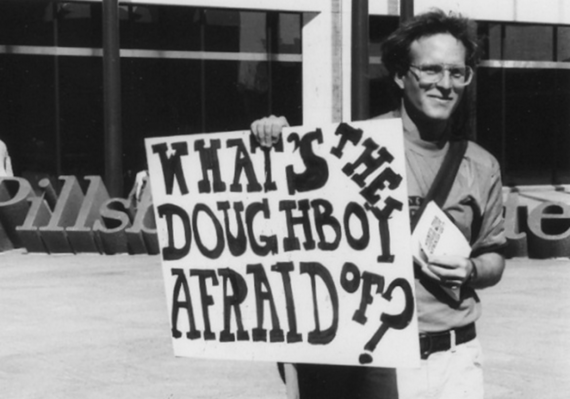 5. Häagen-Dazs tried to shut them down
By 1984, Ben & Jerry's was a thriving small business, and they were seriously pissing off a major competitor. In an attempt to squash David, ice cream Goliath Häagen-Dazs got its parent company Pillsbury to bully distributors into not carrying Ben & Jerry's pints. The little guys obviously sued, but knowing they would run out of money in a legal fight, they also mounted a "What's the Doughboy Afraid Of?" campaign to get the public on their side. It worked, and the Doughboy refocused his energy on getting Moms to poke his stomach. 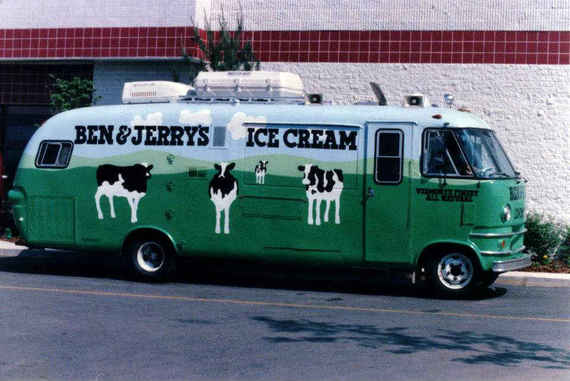 6. Their first truck was the "Cowmobile"
To get the word out nationwide, Ben & Jerry's packed up their stuff and hit the road on a 1986 cross-country tour aboard the "Cowmobile", a modified mobile home. Unfortunately, it caught fire and burned to the ground in Cleveland. Ohio must be Breyers country. 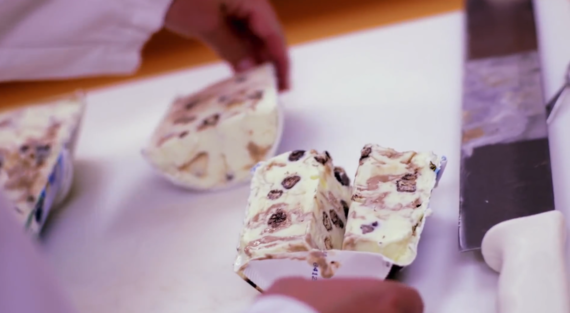 7. The big chunks are there for an unusual reason
When they were developing their flavors, Ben insisted on having massive chunks in their ice creams, and it wasn't just because he's a generous man. The guy has anosmia, which means he can't detect different smells. But he's subsequently very attuned to mouthfeel, and believed the craters of cookie dough and cherries set their ice cream apart. Turns out he was onto something.

There's still 7 more things you didn't know about Ben & Jerry's, including info about their bizarre celebrity ice creams, all their pet causes they've supported over the years, and what the heck a Flavor Graveyard is -- all on Thrillist!

What Your Starbucks Order Says About You

A Sommelier Rates All the Trader Joe's Two-Buck Chuck