There's nothing funny about divorce -- except what people have occasionally said, written, or done about it. Herewith -- adapted from our forthcoming anthology, The Marriage Book: Centuries of Advice, Inspiration, and Cautionary Tales, from Adam & Eve to Zoloft -- 11 examples that might lighten your load, starting with:

Robin Williams: "Divorce, from the old Latin word divorcarum, meaning having your genitals torn out through your wallet." 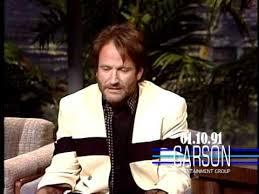 A Burgundian law from around the sixth century offered one non-negotiable treatment for wives who chose to leave their spouses: "If any woman puts aside her husband to whom she is legally married, let her be smothered in mire."

Please, your honor, unmarry me or I'll hang myself. Just look at the furrows I've got from the tears I shed every day that I'm married to this walking skeleton... Let me cry, your honor. It's such a comfort. In well-ordered societies a marriage should be reviewed every three years, and dissolved or renewed like a rental agreement.

5. Another point of view

From His Girl Friday

Walter: Yeah, I sort of wish you hadn't done that, Hildy.
Hildy: Done what?
Walter: Divorced me. Makes a fellow lose all faith in himself. Gives him a--almost gives him a feeling he wasn't wanted.
Hildy: Oh, now, look, Junior, that's what divorces are for.
Walter: Nonsense. You've got an old-fashioned idea divorce is something that lasts forever -- "till death do us part." Why, a divorce doesn't mean anything nowadays, Hildy. Just a few words mumbled over you by a judge. We've got something between us nothing can change... 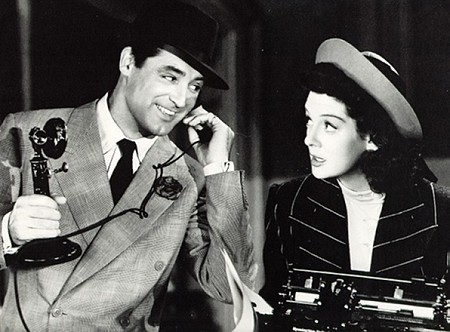 In 1832, a British farmer named Joseph Thompson gathered a crowd, put his wife in a chair in the village square, and announced that he was auctioning her off to the highest bidder. He then described her as "tormentor, a domestic curse, a night invasion and a daily devil" but, on the upside, said, "She can read novels and milk cows... She can make butter and scold the maid." After roughly two hours of bartering, Mrs. Thompson was sold to a man named Harry Mears for one pound and a Newfoundland dog. 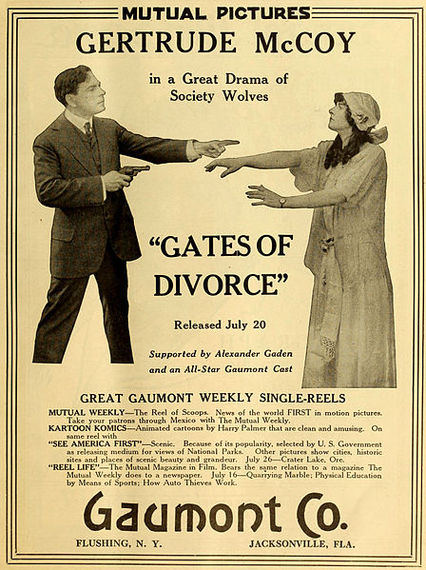 According to Jules Michelet:

In Zurich, in the olden time, when a quarrelsome couple applied for a divorce, the magistrate never listened to them. Before deciding upon the case, he locked them up for three days in the same room, with one bed, one table, one plate, and one tumbler. Their food was passed into them by attendants who neither saw nor spoke to them. When they came out, at the end of the three days, neither of them wanted to be divorced.

In the vernacular of the '30s and '40s, to get a divorce was "Going Reno" because it only took six weeks to untie the knot there; columnist Walter Winchell called it getting "Reno-vated"; and in the 1940s "The Reno" was the name for a bra that was said to "separate and support." In this 1940s postcard, a determined divorcée is following a fabled custom on "The Bridge of Sighs." 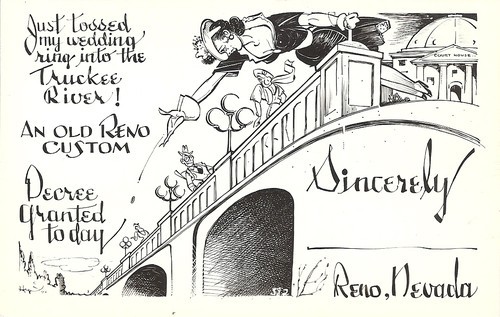 Oscar to Felix in Neil Simon's The Odd Couple: How can I help you when I can't help myself? You think you're impossible to live with? Blanche used to say: "What time do you want dinner?" And I'd say, "I don't know, I'm not hungry." Then at three in the morning, I'd wake her up and say "Now!" I've been one of the highest paid sports writers in the East for the past 14 years -- and we saved eight and a half dollars -- in pennies. I'm never home, I gamble, I burn cigar holes in the furniture, drink like a fish and lie to her every chance I get and for our tenth wedding anniversary, I took her to the New York Rangers -- Detroit Red Wings hockey game, where she got his with a puck. And I still can't understand why she left me. That's how impossible I am."

Martha to George, in Who's Afraid of Virginia Woolf: "I swear...if you existed I'd divorce you."

Nora Ephron, in Heartburn: "The man was capable of having sex with a venetian blind."

We used to argue and fight. We finally decided, we either take a vacation in Bermuda or get a divorce, one of the two things. And we discussed it very maturely, and we decided on the divorce, 'cause we felt that we had a limited amount of money to spend, ya know. A vacation in Bermuda is over in two weeks, but a divorce is something that you always have.

Chris Rock: "Marriage is so tough, Nelson Mandela got a divorce."