Just a few miles north of the housing market's ground zero, a Lady Gaga fan with sweeping bangs, a bright smile, and homework on the docket is the latest symbol of how bad things have gotten in the Southwest Florida foreclosure landscape -- or how alive is the spirit of ingenuity.

Well, make that technically half a house. Her real estate agent mom Shannon Moore owns the other 50 percent of the Port Charlotte 3-bedroom, but Willow plans to buy her out in about a year and a half with her share of the $700 monthly rental income.

[View before and after photos of Willow's house below.]

"In my neighborhood and around where I live, a lot of the houses are empty because people get foreclosed on," the enterprising junior landlord told HuffPost. Statistics from housing data research firm CoreLogic show the area is one of the hardest hit: as of August, more than one in 10 homes in the Fort Myers metropolitan area was in some stage of the foreclosure, and nearly 17 percent of homeowners were delinquent on their mortgage payments by 90 days or more.

As area real estate went from pricey highs to a community-crippling lows, Willow found a way to make money. Employing a trusty longboard for transportation around town and a squadron of family members for help hauling larger items ("I'm 14, I can't really drive"), she began finding bargains at various discount sales and reselling goods for a profit.

"In the area that I'm in, people my age pretty much do drugs, smoke, and drink. I don't really support that," Willow explained. Instead, she spends her spare time making sales: "I do recycle.org, Craigslist, garage sales, garbage day, eBay. And I don't just resell them; if I have things for a while, I do curb alerts on Craigslist and give things away for free."

In one case, she even sold off long-abandoned household goods from a house bought by a foreclosure investor who didn't want the contents. ("Baby things sell really well," she adds sagely.)

With $6,000 saved, Willow told her mom she wanted to purchase a severely discounted home in a nearby neighborhood at auction. The single-story 1959 concrete block box of 669 square feet may have been a good deal -- Zillow estimates it would have been worth $85,000 in 2005 -- but it wasn't exactly tenant ready.

"There was a roof on it, which was surprising," Willow said. "But there wasn't really any floor, there was glass everywhere, there was a dirty couch that had been flipped over, a dirty mattress, and a crib."

After making a deal with an investment buyer who didn't want the white appliances that came with his property, she scraped off the "gross, rotten food", hauled them over to her new house, and went to work removing the remnants of a laminate floor. And when a neighborhood family with a window business gave her a wetsuit and half off new windows for her house, Willow was able to repay the favor by giving their daughter a longboard she'd acquired in one of her many transactions.

"I think it's so cool," said Moore. "It's neat to see Willow come up with different strategies and ideas."

Now, the pair are landlords to a couple who pay $700 a month in rent. Willow won't touch her half of the rental income until her mother is bought out and the cost of renovations are covered. And when she turns 18, the paid-off property will be signed entirely over to her.

"I can't actually be on the documents until I'm 18 because it isn't, like, legal," she told HuffPost. But age, she argues, is ultimately irrelevant: "It doesn't really matter your age, it's just a number. If you can work towards a goal, whether buying house or a car, age doesn't matter. And if I inspire someone else my age or even older, it would be so cool."

See before and after images of Willow's house: 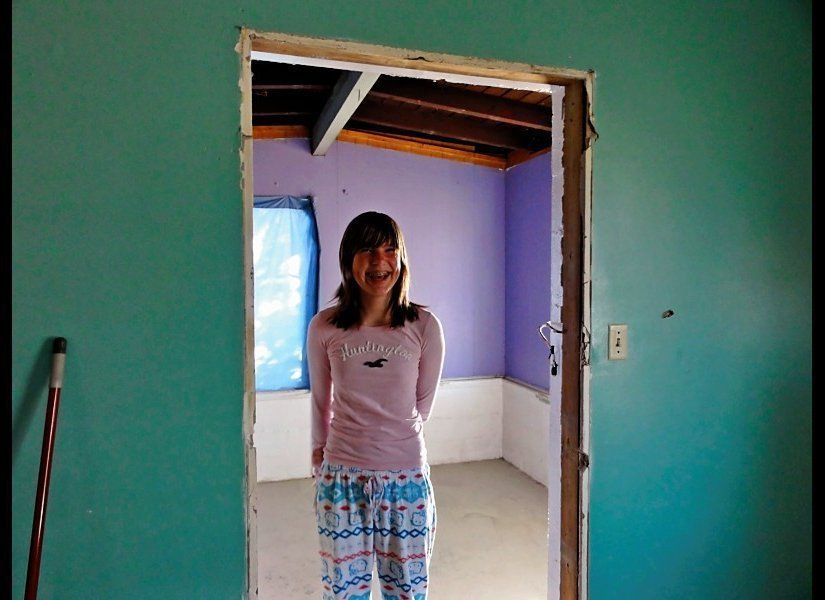