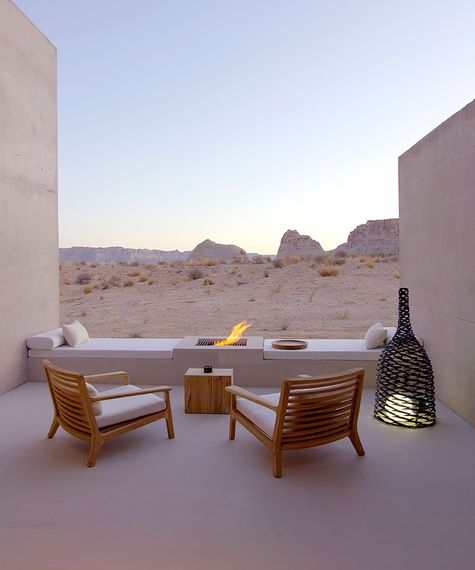 The world has a lot of hotels, some better than others. Certain properties are 100% worth adding to your must-stay travel bucket list, whether its because they have a great location, great amenities, or a serious sense of luxury. From the Thames-adjacent Mondrian London to the iconic glass igloos of Hotel Kakslauttanen, we've compiled 15 hotels from around the globe you should consider for future trips. They're not cheap, but they're worth it, and if you start saving now, maybe you can eventually hit up all of them. 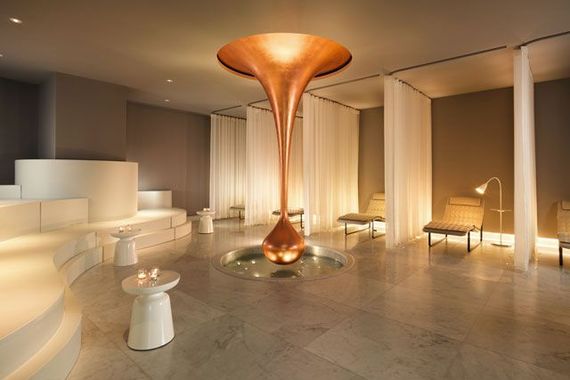 Photo courtesy of the Mondrian.

Mondrian London
Where: Along the bank of the Thames in London, adjacent to the recently renovated Tate Modern.
Why You Should Stay: Go big and book a River View Balcony Suite, a beautiful, massive room with a balcony overlooking the river and all of London's iconic sights. Currently, the property, which is designed to look like an old-school cruise ship, is the only hotel in London that offers riverside balconies. The hotel's location is unparalleled, and its rooftop Rumpus Room bar offers a 360-degree view of the city. There's also a spa, a fitness center, two restaurants, a cinema, and the ongoing feeling that something glamorous is about to happen. 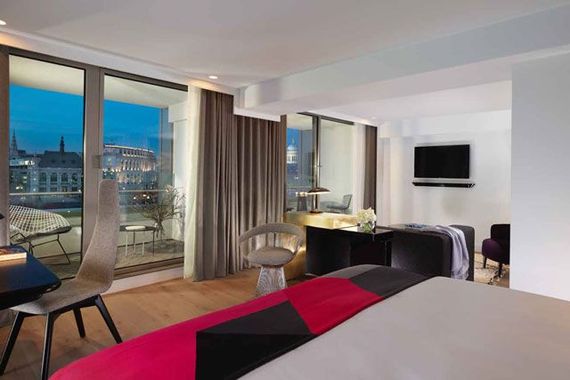 Photo courtesy of the Mondrian

The Mondrian (continued)
Coolest Amenity: Dandelyan Bar, which bases its current cocktail menu on human interaction with plants for unique and eclectic flavors, is a highlight of the hotel. The drinks (try the BC3 Negroni) are unlike anything you've imbibed before, and the vibe is hipster chic. Plus, Dandelyan's mixologist Ryan Chetiyawardana has created pre-bottled drinks that can be found in all the rooms, just in case you can't make it downstairs. 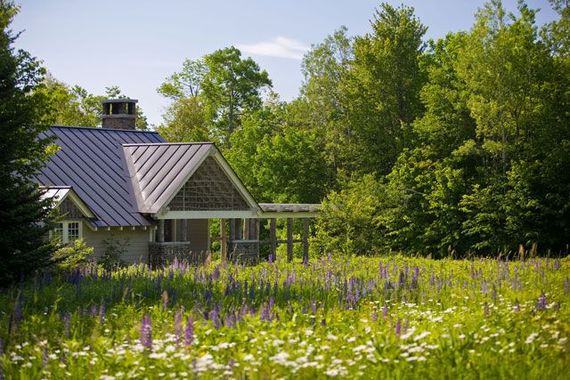 Twin Farms
Where: In the countryside town of Barnard, Vermont, a three-hour drive from Boston.
Why You Should Stay: Forget all-inclusive resorts by the beach. Twin Farms is a high-end all-inclusive experience that you'll never want to leave. Everything comes with the price tag, including picnic lunches, ice-skating, canoeing, and tennis. You can even borrow a BMW to drive around the countryside. There are various types of plush guest rooms, as well as cottages, and anything you might need, from same-day laundry to snacks, is provided free of charge. The resort is also filled with art from founder Thurston Twigg-Smith's private collection; it's essentially like staying in your own private art museum. 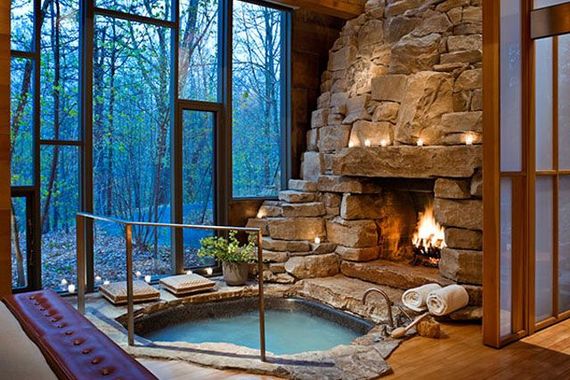 Twin Farms (continued)
Coolest Amenity: There are a lot of perks at Twin Farms, but one of the coolest is the chef's table, which can be booked for a private dinner in Chef Nathan Rich's kitchen. The special meal, with wine pairings, can be for up to four guests and is only available certain days of the week. Make sure you add that to your reservation. 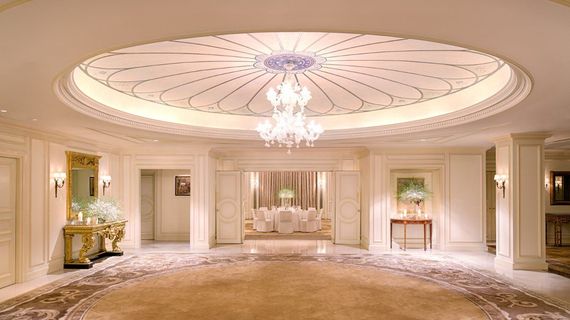 The Peninsula Hong Kong
Where: At the southern tip of the Kowloon Peninsula in Hong Kong (hence the name).
Why You Should Stay: Built in 1928, The Peninsula is Hong Kong's oldest hotel and one of the world's most iconic properties. Its rooms have a timeless yet modern design and unparalleled views of the city (be sure to book a Deluxe Harbor View Suite or, if you're feeling really extravagant, The Marco Polo Suite). The hotel has an expansive spa, several renowned restaurants, and its own bespoke helicopter, which you can book for VIP adventures called "Journeys of Peninsula." 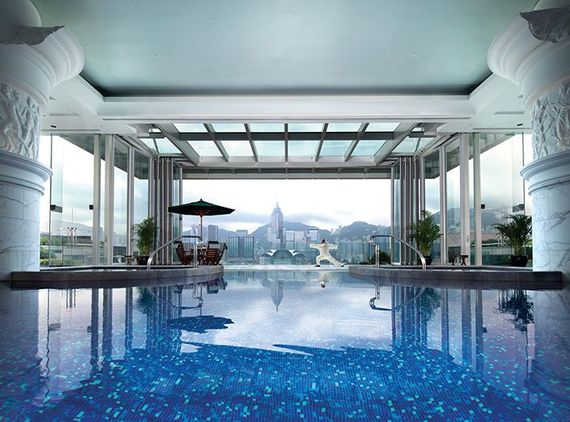 The Peninsula Hong Kong (continued)
Coolest Amenity: The luxe rooftop swimming pool, with its panoramic views, is a huge plus, but you'll likely appreciate the LED touchscreen panels around every room, which control everything from the lights to the temperature. You can use the screens, which are custom to the Peninsula brand, to order room service, put up a "Do Not Disturb" notice, or close the blinds -- which is as impressive as it is entertaining. 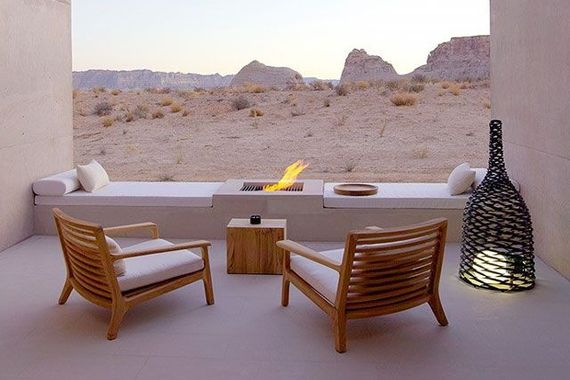 Amangiri
Where: In the remote desert of Canyon Point, Utah, almost totally secluded from the real world.
Why You Should Stay: Aman resorts are notorious for their luxury, and Amangiri is an iconic destination located in the middle of nowhere. It's considered the place to go for relaxation and detox, so you'll want to add it to your list. It's not just about sitting by the pool, either. At Amangiri, you can head out on a sunrise hot-air balloon ride, dig for fossils, kayak on Lake Powell, or horseback-ride through the desert. The resort notes that "No request is too great, and no detail too small," so your wish is their command. Plus, the minimalist suites are super Instagram-worthy. 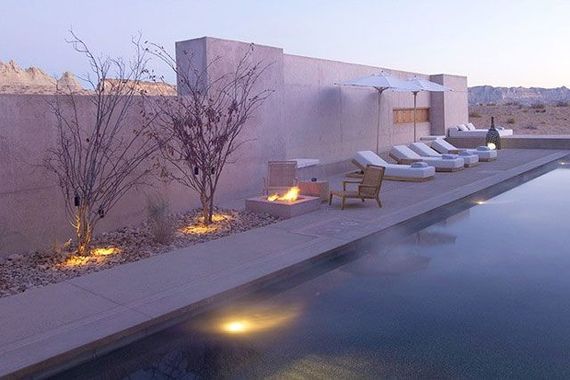 Amangiri (continued)
Coolest Amenity: The hotel's expansive spa is inspired by the healing traditions of the Navajo and the four elements of earth, wind, fire, and water (and is the central aspect of visiting this hotel). Book a flotation therapy treatment, which will help you completely unwind, and enjoy the plunge pool's serene desert views. 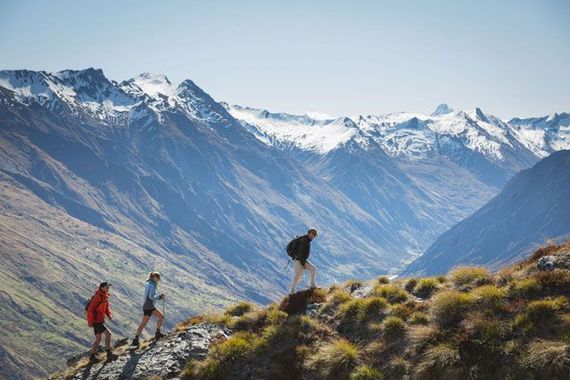 Minaret Station
Where: In Minaret Bay, a town located in the wilderness of New Zealand's South Island.
Why You Should Stay: Minaret Station's luxury Alpine Lodge is accessible only by helicopter (so you know it's exclusive) and gives you access to a vast array of outdoor activities, such as hunting and fishing. The rustic-chic chalet rooms include complimentary mini bars, surround sound systems, and two decks. All your meals are also included (as well as local wines). The best part is the array of helicopter activities that can be done, from scenic flights to heli-hiking. Can't say that for most hotels. 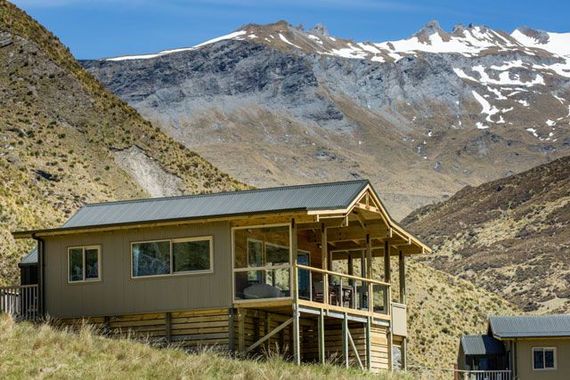 Minaret Station (continued)
Coolest Amenity: Minaret Station's best feature is its views, which are best enjoyed sitting in your private in-deck hot tub. There, you can gaze at the stars while relaxing -- and try to forget the fact that you'll eventually have to go back to your real life. 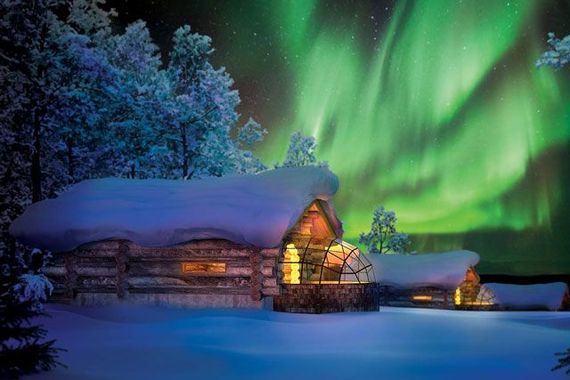 Hotel Kakslauttanen
Where: In Saariselkä, a town in Finnish Lapland located 250 kilometers north of the Arctic Circle.
Why You Should Stay: Anyone who has seen a photo of Hotel Kakslauttanen's glass igloo rooms wants desperately to stay at the hotel. The idea is that you can experience the Northern Lights and starry skies while lying in the warmth of your bed. If you go in the winter, which is the best time to see the Northern Lights, the hotel offers a slew of cool experiences like dog-sledding, snow tank safaris, skiing, and ice fishing. They have two onsite restaurants (one of which has a glass igloo bar) and the hotel provides transportation to and from the airport for all guests. 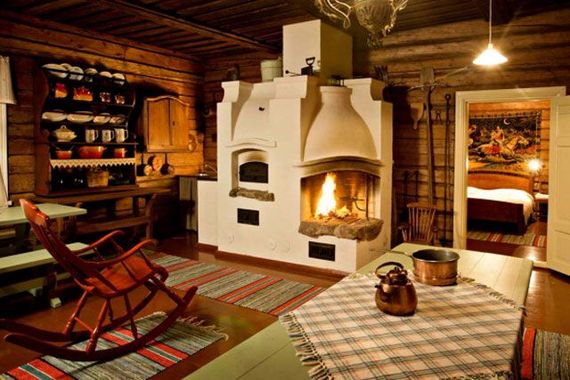 Hotel Kakslauttanen (continued)
Coolest Amenity: You know when your parents told you that Santa isn't real, and it ruined your childhood? Well, it turns out that he is real and he lives just minutes from this hotel. You can walk to Santa's House from Hotel Kakslauttanen and pay him a visit (by appointment only).

For more of our fave out-of-town picks, visit Refinery29.