Fat-positive feminist and artist Rachele Cateyes is fed up with [people's] fatphobic bullsh*t. So she decided to draw about it.

In her illustrated series called "Glorifying Obesity," the Portland, Oregon-native expresses how she feels about those who shame, harass and bully obese people for being fat. The illustrations are honest and powerful -- pairing phrases like "Fat people don't owe you shit," with dainty flowers and hearts.

"I've been turned into memes, my image stolen and used in diet company ads, photoshopped to look thin, received rape and death threats and continue to be stalked online," Cateyes told The Huffington Post. "The common denominator in most of this dehumanizing harassment, is that they claim they are concerned about my health."

As Cateyes put it, her illustrations are a "big middle finger to fatphobia." A wonderful and welcomed middle finger.

"I am a firm believer that being attractive and healthy doesn't determine your worth," she said. "It's okay to be fat, ugly and riddled with health problems and have health problems related to being fat. It doesn't matter if you eat garbage or have a chronic illness. You still have the right to be treated fairly."

Cateyes said she titled the series "Glorifying Obesity" because many people have told her that she is promoting and glorifying obesity by being a fat woman. Her response?

"If living my life and being outspoken about body positivity is glorifying obesity, then so be it," she told HuffPost. "I am all about people of size being unapologetically fat. My body positive movement is inclusive and doesn't have to be pretty, able-bodied, white or justified by good behavior."

She also noted that the hate and harassment she receives is often linked to misogyny online. Men on the Internet often talk to women "like they are children and reducing them to creatures like whales and manatees," Cateyes said. "They can swoop in, tell me what is okay and what isn't okay because their opinion is more important and the only way a woman can exist is by the approval of a man."

Head over to Cateyes' website to see more of her work or click here to visit her shop and buy some awesome artwork.

15 Charming Illustrations That Fight Fatphobia With Doodles And Flowers
We Exist: Diversity In Plus Size Bodies 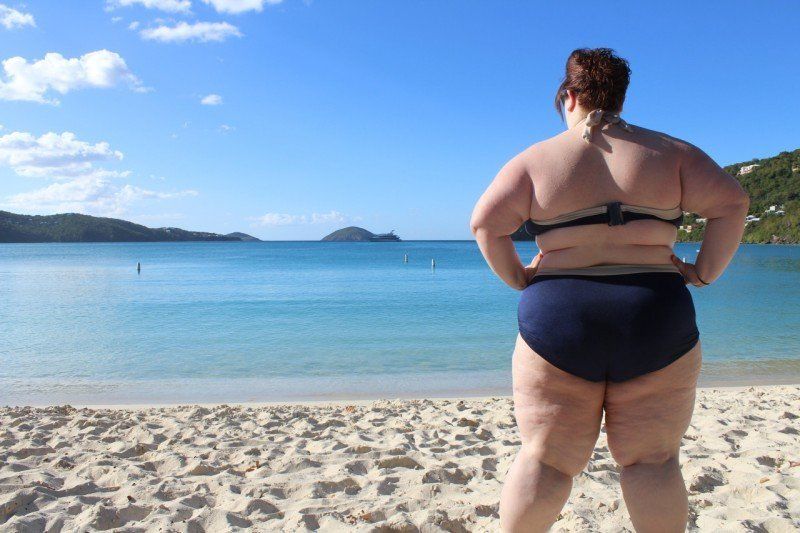