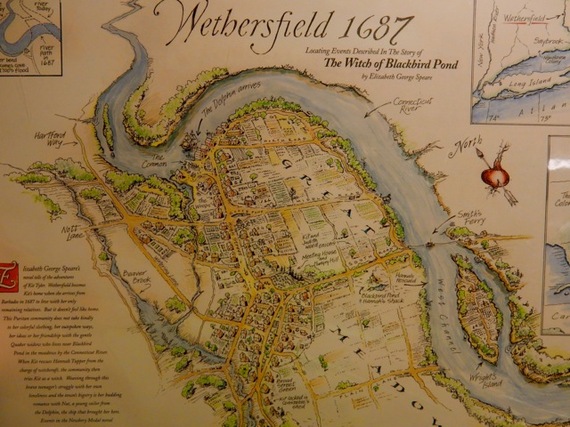 Settled in 1634, back-in-time historic Wethersfield, CT just three miles from Hartford on the Connecticut River, is one of Connecticut's two oldest towns and is in every way a "living history village." Not only is the Wethersfield Historic District the oldest and largest in Connecticut, it was also the setting for the Middle-School book, The Witch of Blackbird Pond, acted as a temporary Revolutionary War-Room, and stands as the "cradle of American Seed Companies." Here are 15 reasons to spend a couple of days in this most historical town.

For more about Wethersfield and other "Offbeat Escapes in the Northeast," check out GetawayMavens.com. 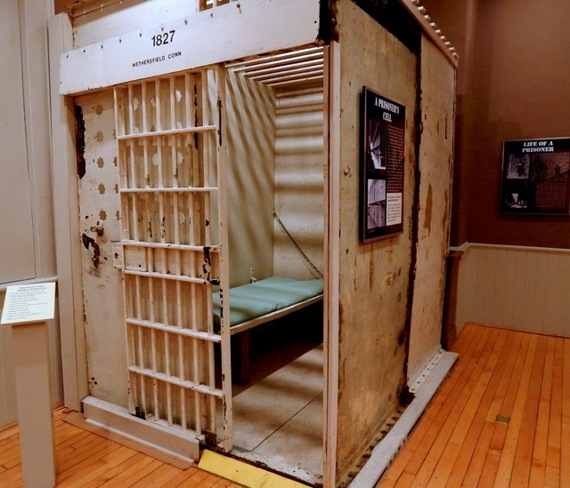 1. You can sit in a jail cell, salvaged from the Wethersfield Prison, at the Wethersfield Museum and Visitors Center in the Keeney Memorial Cultural Center. This museum should be your first stop, regardless, as it lays out nearly 400 years of history, from original settlers, witch hunts that predated Salem, MA by 30 years, furniture-making, farming (mostly red onions), and yes, the Penitentiary, which drew tourists when first opened in 1827. 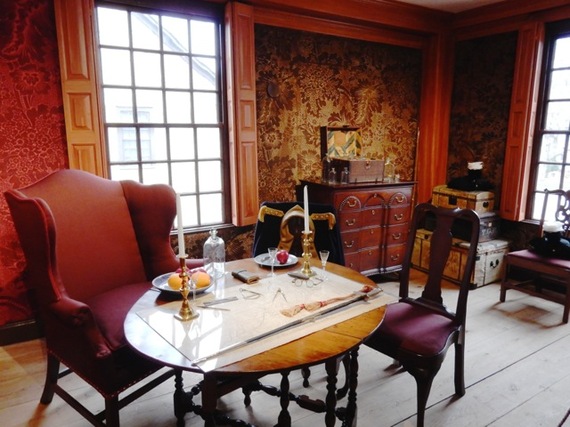 2. George Washington's guest room has been authentically restored to the way it looked (complete with original wallpaper that has English Tax Stamps on the back) when he met with Jean-Baptiste Rochambeau in the Webb House - one of three homes to tour in the Webb-Deane-Stevens Museum. In May 1781 the two commanders met for five days to strategize the movement of troops from Newport, RI to New York on their way to Yorktown. Reopened to the public in 2010, this restoration is one of the most compelling reasons to visit. 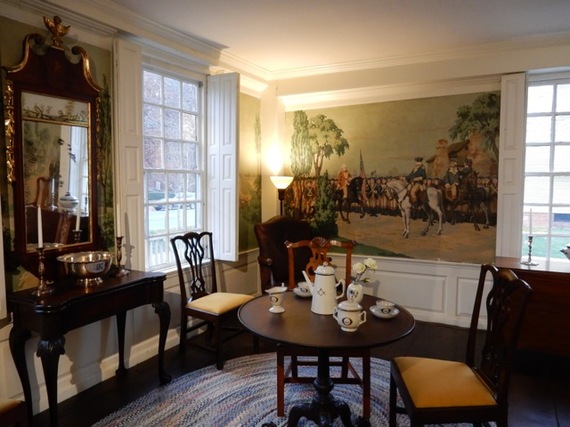 3. The 1700's Webb House was one of five colonial era homes throughout New England purchased by Wallace Nutting, a central figure in the Colonial Revival movement of the 1920's. Nutting scoured antique shops for period furniture, painted inaccurate historic murals on the walls, staged rooms as they would have appeared during the late 1700's, and took silver tint photos which were then hand-painted, reproduced by the millions and sold in department stores all over the country. Your tour provides a close-up look at these murals, restored in the mid 1990's, along with an exhibit about Nutting. 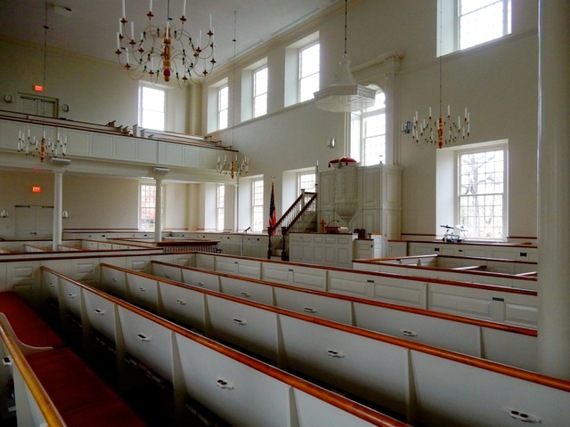 4. While he was in town, in 1781, George Washington worshiped across the street at The First Church of Christ, built in 1761. John Adams, too, was a guest, and after climbing the steeple proclaimed it the "most grand and glorious sight seen." Stop in for a look, or, if you are so moved on a Sunday, join a service. 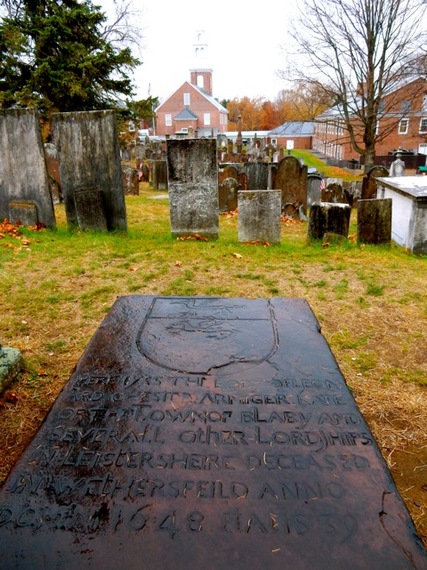 5. Find the grave of the victims of one of the country's first instances of family violence gone amok at The Wethersfield Ancient Burying Ground. Though the oldest stone in the cemetery is marked 1648, the most compelling gravesite is that of Lydia Beadle and her four children, slaughtered by husband/father William in 1782 after he lost his wealth post-American Revolution. Fearful for his family's reputation and standing in town, he felt it best they all leave this earth. The cemetery itself holds a treasure trove of stories, told through slate, limestone and granite tombstones. 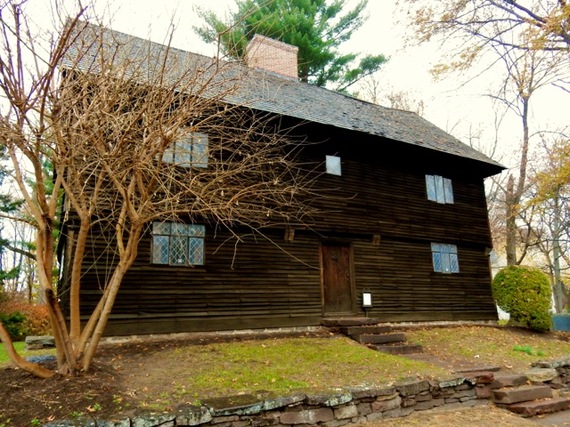 6. The stark design, and dark exterior color of the 1711 Buttolph-Williams House represents the transition between Old England and Colonial America, which was likely the reason that author Elizabeth Speare chose it as the setting for her 1958 historical novel, The Witch of Blackbird Pond. The house is open for tours, and though it had nothing to do with witches or the witch trials here in the mid 1600's, it offers a fascinating look at the Pilgrim's life through original (though not to the house) 1600's furniture. 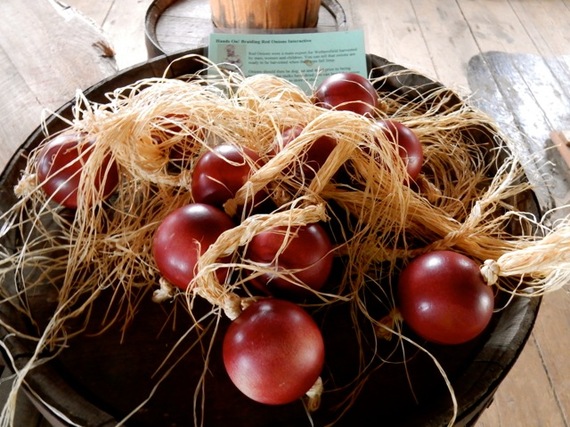 7. Try your hand braiding the tops of red onions into ropes at the 1680 Cove Warehouse. Now the town's logo, ropes of Wethersfield's signature crop were sent to the West Indies to feed slaves. This museum outpost, perched over a shallow cove that was once a deepwater port before the Connecticut River altered course, allows you to viscerally understand the importance of Wethersfield as an import/export farming town through interactive exhibits. 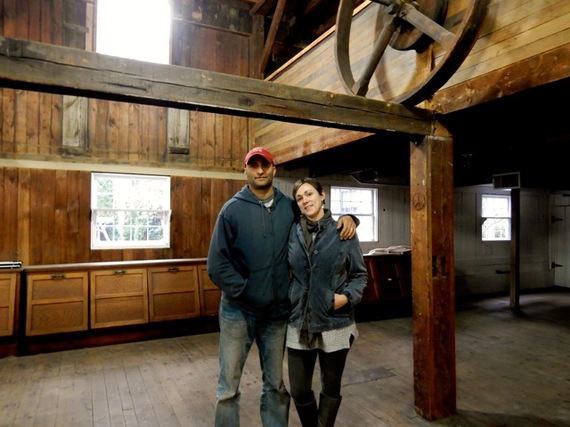 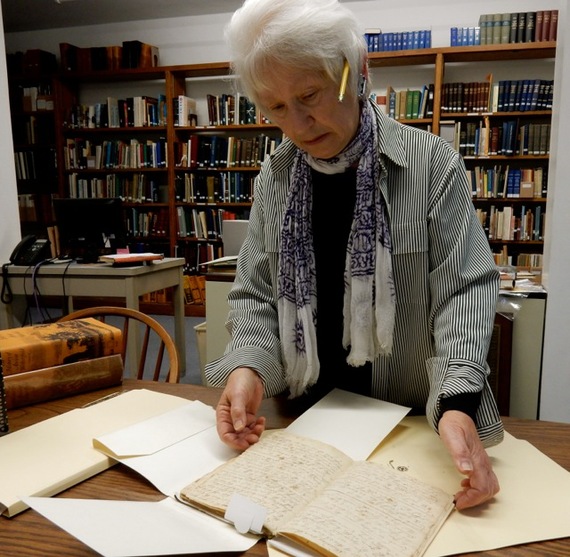 9. Get your hands on an 18th Century ship's log at the Wethersfield Historical Society Library in the Old Academy Building. A valuable source for genealogy and scholarly research, the Library houses an extensive Maritime Collection including business records, ledgers, log books and ephemera going back to the early 1700's, with excellent historical research librarians like Martha Smart to point you in the right direction. 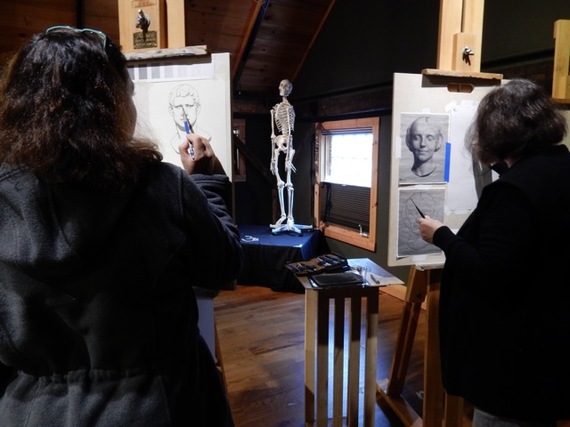 10. The Wethersfield Academy of the Arts is the only classical atelier between New York and Boston to offer classes in the Bargue system of drawing. Serious artists in training drive an hour just to take this course here, but visitors can sign up for a day-long art class (i.e. "Skin Tone Color Mixing) on select Saturdays or attend a lecture or musical event. 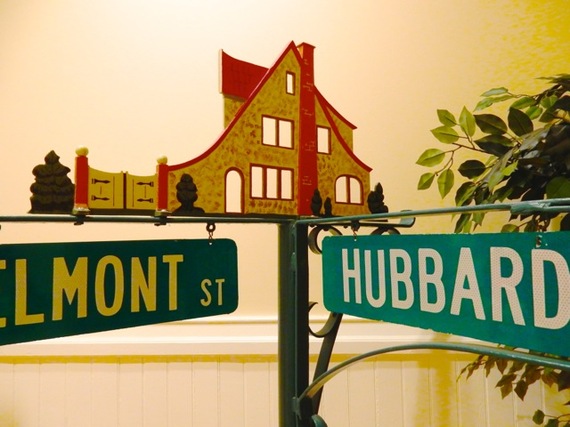 11. Wethersfield became a suburb of Hartford in the early 1920's with the construction of "Hubbard Houses." Developer Albert Hubbard built 240 homes- still standing and still in demand on streets identified by house-shaped signs. 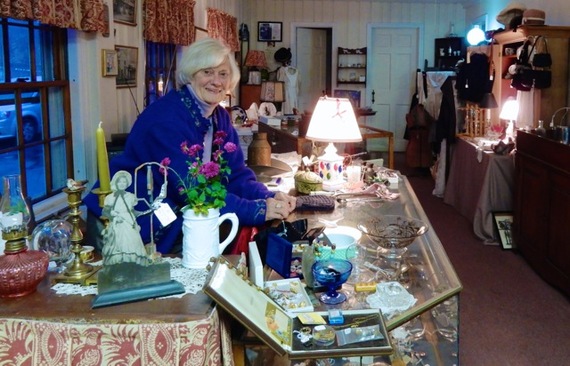 12. Small shops within the Historic District are owned by the people who sit behind the counter. Shop the Old Wethersfield Country Store for hipster provisions, Antiques on Main for well-priced finds, Neill Walsh Goldsmiths & Gallery for one of a kind fine jewelry, Heart of the Country for gifts and hand-made crafts, and for the sports fan, stop into House Of Images, a frame shop with a whole room full of Sports Art.

13. Eateries are also surprisingly good for a little 'burg. Find the best octopus dish this side of the Spanish Coast at upscale chophouse, Lucky Lou's, and farm-to-paper-plate sandwiches at Cove Deli. In warm months, locals and visitors congregate at Main Street Creamery and Café for, what many claim, is the freshest and creamiest hard and soft ice cream around. 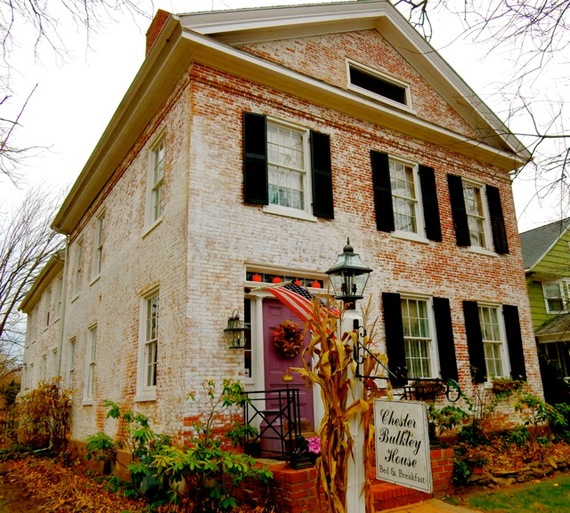 14. Splurge on a candlelit breakfast, available only to guests of the 1710 Chester Bulkley House B&B. Original wide floorboards, painted in vivid colonial colors, list this way and that in this beautiful white brick home. You might feel as if you're on a ship at sea, but you are actually (and conveniently) next door to the Wethersfield Visitor's Center. Bedrooms are filled with interesting antiques and comfy bedding, and elegant common rooms are dressed for each season. The dining room is especially appealing, with handsome sideboards and a large fireplace. This is where owner/innkeeper, Tom Aufiero, serves his "Candlelit Breakfasts." If you're lucky, he'll make his famous French Toast with Spiced Peach and Homemade Syrup. $105-$165 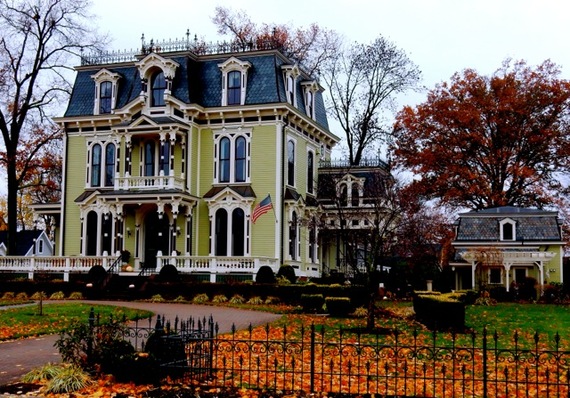 15. Or stay in Victorian elegance at the Silas Robbins House, a block from Main Street, on the Broad Street Green. Guest rooms and common rooms are opulently appointed. $195-$325.