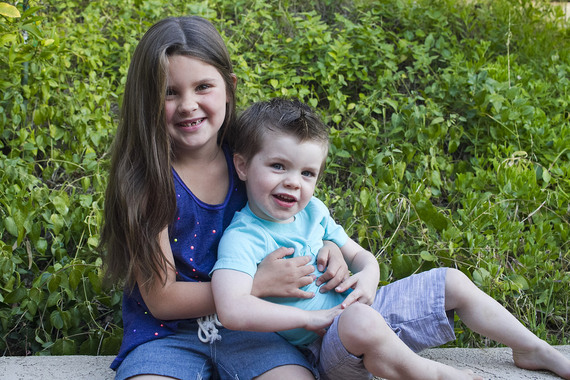 There's nothing quite as magical as parenting, right? Bringing a tiny human into the world and molding them into a functional member of society is a pretty amazing thing. Raising a child comes with many awesome milestones -- the first smile, first laugh, first word are all moments for the baby book. But what about those moments you're supposed to look forward to, only to discover they actually aren't as magical as you thought? We're here to let you down (gently) about these 15 "magical" parenting moments.

1. When they start to crawl

2. When they start to walk

This is bad for all the same reasons as crawling, except when a baby is on his feet he can suddenly reach things you never had to worry about before. Plus, it's only a matter of time before he learns to run.

3. When they freak out at their own birthday parties

You spent so much time creating the most pinnable first birthday party for your little lump of love, only to have her scream during the entire party because she's so overwhelmed by all the people touching her, talking to her and basically existing in her presence. But yay memories.

No longer having to change diapers is definitely great, but what you didn't think about is how much you will now have to pay constant attention to your child's crotch to make sure he doesn't have an accident. Did you think potty training meant you no longer have to carry around a giant mom purse? Too bad, you now have to carry several changes of clothes in case your kiddo has an accident while you're out in public.

You're so excited to take your little girl to Disneyland to meet her lord and savior, Minnie Mouse. She's gonna freak! And you're right: she's gonna freak. As in, "Holy crap, get me away from this giant rat!" Seriously, don't introduce your kids to costumed characters until they're at least 10. And maybe not even then.

If you thought splitting holidays with your in-laws was hard before you had kids, it just became an all-out war. Each side wants time with their precious grandbaby, and they won't understand why you won't spend the day with them. Meanwhile, you just want to continue your favorite holiday traditions with your kid, who, for inexplicable reasons, is afraid of Christmas lights.

7. When you plan a nice surprise and they freak out

Kids are creatures of habit and often don't like surprises that change their routine.

8. When they fall in love with a movie

I remember when I couldn't wait to show my daughter The Little Mermaid, my childhood favorite. She ended up loving it. In fact, she loved it so much that she insisted we watch it five times a day for two months. I hate that movie now.

9. Going to a theme park

This is supposed to be a perk to having kids, right? You get to go to amusement parks and go on rides and eat cotton candy until you barf! But little kids get completely overwhelmed by the crowds, the lights, the sounds. It's sensory overload. It's a little-known fact but 100% of kids cry at theme parks, so bring tissues.

When your kid gets her first invitation to a birthday party, your heart will swell. She has friends! But then you get to the party, and you realize it's full of sugar, wild kids and people you don't know. Then the birthday girl opened her presents in front of everyone and your kid is now begging you for every single toy.

Yay, Tooth Fairy! Except the actual process of losing teeth is gross. I mean, their teeth just hang there. And don't even think about asking to touch the tooth. And if you suggest pulling it out, you'll become Public Enemy #1. Instead, you have to watch in agony as your child's tooth just dangles there for weeks. Shudder. Gag. Shudder.

12. The first time you leave your child with someone else

This is supposed to be an amazing thing! A few hours of freedom! But instead, you'll likely be anxiety-ridden. Your every thought will be about your kid. "Is my baby okay? Does she miss me? I should go home. She needs me!"

It's truly great when your kid makes friends. But where there are friends, there are play dates, and when kids are little the parents come along, too. While your kids run off to have fun, you're stuck sitting around with some lady you have nothing in common with, and you have to make small talk for 90 minutes--the longest 90 minutes of your life.

Now you know why your parents never wanted to go anywhere. Packing for kids is a pain and traveling with them is an exercise in self-torture. They fight, the complain, they get carsick, they don't like the food. It's the most you'll ever pay to be constantly angry.

15. When they learn they have free will

All you've ever wanted is for your child to tell you what they like, what they want to eat, what they want to play with. But suddenly, your kid will realize he can make decisions about other things, too... like that he can run away from you when you say it's time to leave the park, or he can refuse to eat the meal you slaved over. You'll long for the days when a newly-crawling baby was stressful!

More from Mommy Nearest:
9 Tactics Every Kid Will Try to Keep You From Sleeping
5 Reasons We Decided to Homeschool Our Daughter
17 Things I Hate About the Back-to-School Season

This piece was originally published by Heather Spohr on Mommy Nearest.Heather Spohr is a born and raised Angeleno and the Los Angeles editor of Mommy Nearest. When she isn't teaching her son and daughter to appreciate everything this great city has to offer, Heather can be found writing all over the internet, including her personal site, The Spohrs Are Multiplying.

Baby Photobombs
Voting Made Easy
Register to vote and apply for an absentee ballot today
Register now
More:
Moments Not MilestonesKidsMotherhoodParenting Children
Newsletter Sign Up
Raise the kind of person you'd like to know
Subscribe to our parenting newsletter.
Successfully Subscribed!
Realness delivered to your inbox