I will admit to being incredibly impressed by the massive 1.5 million people who turned out for the anti-reform rally in Washington on Saturday. That's a tremendous crowd by any standards. Kudos.

Okay, I know they said that ABC reported 1.5 million people, and that ABC has said they did no such thing and only reported 60,000-70,000. Hey, this kind of confusion can happen between big organizations. They were only off by 1.44 million, out of a possible 1.5 million. Who are you going to believe about what was reported? The people who organized the actual event, or those who merely did the reporting? And ABC might even be high by 30,000, so how can you believe them, period?!

So, me, I'm going with the organizers. After all, they had a picture to back up their claim. And a picture not only doesn't lie, but it's is worth a thousand words. Or, in this case, 1.44 million of them. 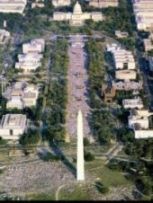 Okay, okay, I know that there no Museum of the American Indian in this picture, even though it was built five years ago. But Dick Cheney's office, doesn't appear on Google Streets either. Some things are simply meant not to exist in photographs. (Like Barack Obama's birth certificate!) And okay, I know the cranes that can be seen in front of the Natural History Museum haven't actually been there for a decade. But you want to quibble about fake birds, you're missing the big picture. Literally.

So, count me on the side of the rally organizers, FreedomWorks, the grassroots national organizing grassroots lobbying firm run by former grassroots Republican Majority Leader Dick Armey. And the grassroots Fox News.

And I believe them because I know for a fact this past weekend was a really good one for getting crowds together. It was after Labor Day, which is a great time for gathering with close friends. I know. I had a barbecue myself on Sunday, and the whole neighborhood showed up. And I have a photo to back me up. 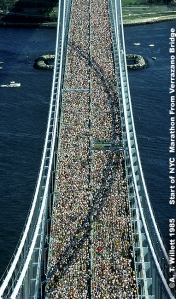 Honestly, I know the problems FreedomWorks and Fox are going through, trying to get people to believe their claims. People are jealous, and it's a bitter pill to swallow.

It's just like on my birthday, for example. I was so pleased by how many showed up in my back yard to celebrate. But my cousin David, who's a real snark, thinks more people like him than me. So, he spread false rumors that only six people were there, counting caterers. But pictures don't lie! 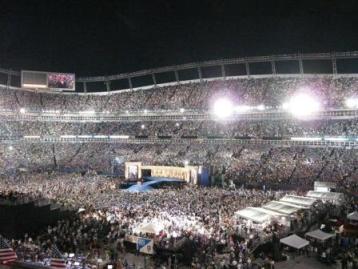 Despite naysayers insisting otherwise, the truth is that the crowd was so huge and got so rowdy that the police had to come. And even they needed to call in the National Guard. Barricades were set up, Riot gear was worn. Tear gas was readied.

This is why I'm bothered by those who don't believe the word of FreedomWorks or Fox. Just watch their grassroots rallies. You can see all the signs and hear all the chants that claim, "Liar, liar, pants of on fire." People like that are against lying. They think it's wrong. They understand the truth. They understand that by stringing letters together like Glenn Beck you can prove Barack Obama wants an oligarchy, even if you spell it "oligargh," and that is all the truth you need. Think and make it so.

That's what I believe, and that's what the club of Americaners I belong to believes. It's a massive organization. When we had our national convention of four-million strong, it wasn't just a tea party... we had crumpets, too. And finger sandwiches. The enthusiasm, the huge crowds, the balloons, confetti and celebration were so overwhelming you couldn't believe it. 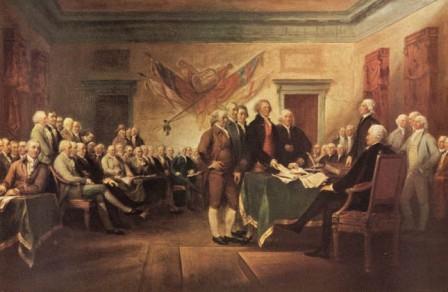 Yes, I know there's a quote that goes, "If you have the law on your side, argue the law. If you have the facts on your side, argue the facts. And if don't have either the law or the facts on your side, then pound on the table and shout." And I know that some people have suggested that all the empty tea parties, all the cries of birthers, all the shouting of deathers, all the signs with hate-filled slogans, all the gun-tote swaggering, all the shouting at town hall meetings and in Congress to keep others from talking, all the vapid yelling about lies, all the sending out photographs of what non-believers and fact-checkers call fake mass rallies, I know that some have suggested these all are nothing more than just the actions of fringe losers so unable to face reality that the only thing they can do is pound on the table and howl in the air. And lie.

And that's why I believe their photographs. And my local club of Americaners are hopping on our bus to join them in full support!