Survival has been the subject of stories for thousands of years. With the popularity of The Revenant, The Martian and The Hunger Games, survival is as popular as ever. In these 15 novels, men and women are forced to pit their strength, skill and brains against the forces of nature, evil, and each other. Where ever there is life, there is the need for survival.

The Odyssey by Homer 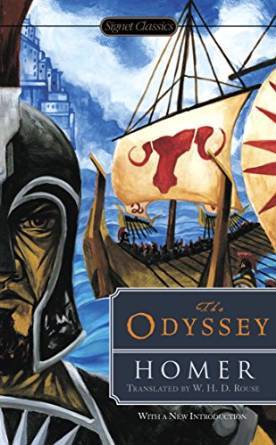 This is the granddaddy of adventure and survival stories. The epic poem details Odysseus' 10-year journey home after the fall of Troy. Everyone thinks he is dead and suitors for his wife are destroying his wealth. Meanwhile, Odysseus battles monsters, vengeful gods, deadly sirens and the spirit of his dead mother. He survives by physical skill, his wits and the help of both humans and gods.

Lord of the Flies by William Golding 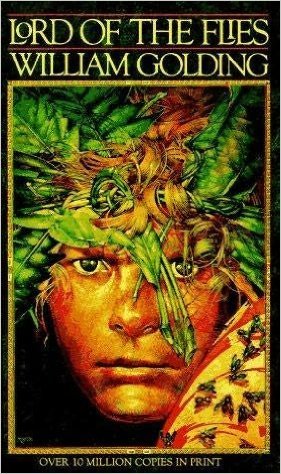 Golding's compelling story about a group of very ordinary boys marooned on a coral island is a classic. At first it seems as though it is all going to be great fun; but the fun soon becomes serious and life on the island turns into a nightmare of panic and death. As ordinary standards of behavior collapse, the whole world the boys know collapses with them -- the world of cricket and homework and adventure stories -- and another world is revealed beneath, primitive and terrible. Published in 1954, the novel has labeled a parable, an allegory, a myth, a morality tale, a parody, a political treatise, even a vision of the apocalypse.

Last of the Breed by Louis L'Amour 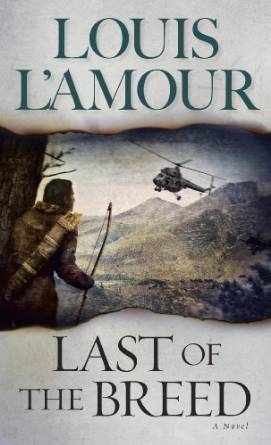 U.S. Air Force Major Joe Mack and his experimental aircraft are forced down in Russia. He is sent to Soviet prison camp, escapes and he must call upon the ancient skills of his Indian forebears to survive the vast Siberian wilderness. There is only one route open to him, the path of his ancestors, overland to the Bering Strait and across the sea to America. Pursuing Mack is legendary tracker, the Yakut native Alekhin, who knows every square foot of the icy frontier--and who knows that to trap his quarry he must think like a Sioux. It's an epic and authentically detailed novel by one of western fiction's greatest writers. .

The Stand by Stephen King 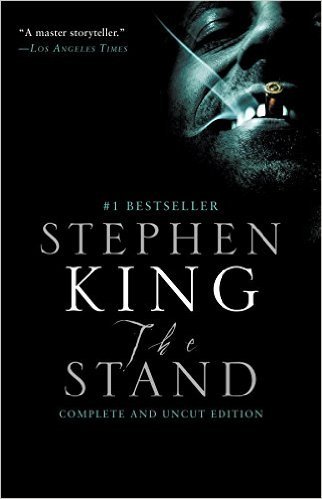 The world ends with a nanosecond of computer error in a Defense Department laboratory. The world loses its institutions and of 99 percent of its people. A handful of panicky survivors choose sides -- or are chosen. It's a world in which good rides on the frail shoulders of the 108-year-old Mother Abigail. Randall Flagg, "the dark man," is the embodiment of evil. This is King's vision of a world smitten by plague and embroiled in an elemental struggle between good and evil. The huge and eerily plausible epic takes on the issues that will determine our survival.

The Road by Cormac McCarthy 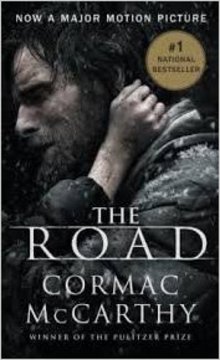 The Road is a work of stunning, savage, heartbreaking beauty. Set in the post-apocalyptic hell of an unending nuclear winter, it's about a nameless man and his young son, wandering through a world gone crazy; bleak, cold, dark, where the snow falls down gray. They travel south toward the coast, looking for life and warmth.

The boy's mother is a suicide, unable to face living in a world where everything's gone gray and dead. The man and his son are "each the other's world entire." and their intense love for each other helps them survive. The end is realistic, heartbreaking and hopeful.

The Hunger Games by Suzanne Collins 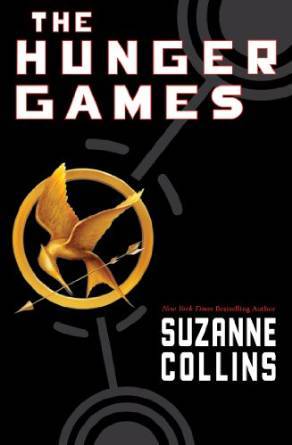 In the ruins of a place once known as North America is the nation of Panem, a shining Capitol surrounded by 12 outlying districts. The Capitol leaders keep the districts in line by forcing them all to send one boy and one girl, ages 12-18, to participate in the annual Hunger Games, a fight to the death on live TV. Sixteen-year-old Katniss Everdeen regards it as a death sentence when she is forced to represent her district in the Games. But survival, for her, is second nature. She becomes a contender. But if she is to win, she will have to start making choices that weigh survival against humanity and life against love. 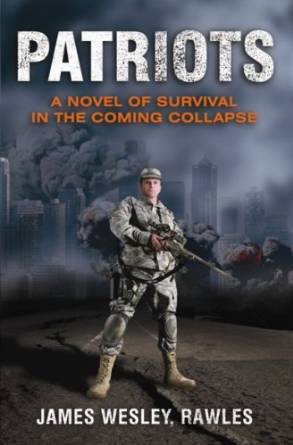 America faces a full-scale socioeconomic collapse. The fragile chains of supply and high-technology infrastructure fall, and wholesale rioting and looting grip every major city. As refugees flee the cities, a group of friends desperately tries to make their way to a safe-haven ranch in Idaho. The journey requires all their skill and training since communication, commerce, transportation and law enforcement have all disappeared. Once at the ranch, group members fend off attacks from outsiders. They look to join other groups that are trying to restore true Constitutional law to the country. The novel has been praised for its use of authentic survivalist techniques to survive the collapse of the American civilization.

The Revenant: A Novel of Revenge by Michael Punke 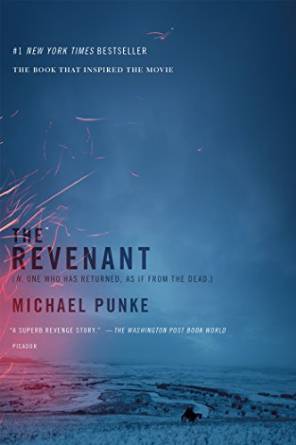 In 1823, trappers with the Rocky Mountain Fur Company live a brutal frontier life, contending with the threat of Indian tribes, wild animals and the unforgiving environment. Hugh Glass is among the Company's finest men, an experienced frontiersman and an expert tracker. Two men assigned to watch over Glass, abandon him, taking his gun and hatchet. Glass is driven to survive by one desire: revenge.

He crawls across more than 3,000 miles of uncharted frontier, surviving against all odds. With hauntingly spare and gripping prose, The Revenant is a tale of obsession, the human will stretched to its limits, and the lengths that one man will go to for retribution. And of course it's a movie starring Leonardo DiCaprio. 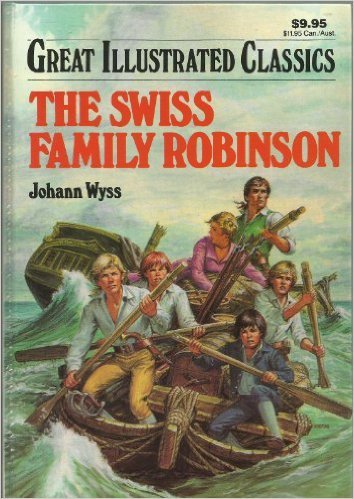 When a storm forces their ship aground, and having been abandoned by their crew, a Swiss family -- a pastor, his wife, and their two sons -- is forced to survive on a deserted tropical island. Using supplies from the abandoned ship, the family builds a rewarding new life and triumphs over a hostile and unknown land. First published in 1812, The Swiss Family Robinson was inspired by Daniel Defoe's Robinson Crusoe, and was intended to instruct author Johann David Wyss's sons about the Christian faith, family values, and self-reliance. In the more than two centuries since its publication, The Swiss Family Robinson has been adapted for comics, television and film.

The Martian by Andy Weir 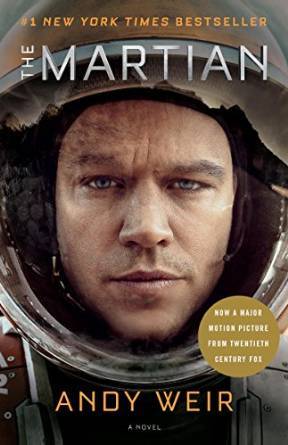 Astronaut Mark Watney became one of the first people to walk on Mars. Now, he's sure he'll be the first person to die there. After a dust storm nearly kills him and forces his crew to evacuate, thinking he's dead, Mark finds himself alone with no way to signal Earth that he's alive. Even if he could get word out, his supplies would be gone long before a rescue could arrive. Chances are, though, he won't have time to starve to death. The damaged machinery, unforgiving environment, or human error are much more likely to kill him first. Drawing on his ingenuity, his engineering skills, and a refusal to quit, he confronts one seemingly insurmountable obstacle after the next. The key to survival is resourcefulness.

If We Survive by Andrew Klavan 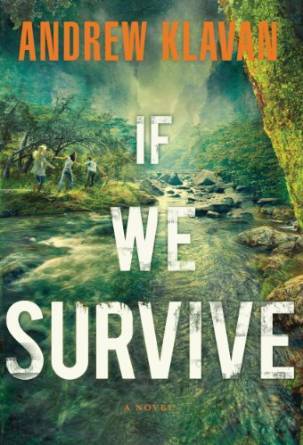 High schooler Will Peterson and three friends travel to Central America to help rebuild a school in a poor mountain village. As they work with the villagers, a revolution sweeps the country and Americans are being targeted as the first to die. Will and his friends have got to get out fast, but streets are full of killers. Hills patrolled by armies and a deadly jungle stand between them and the border. Their one hope of escape lies with a veteran warrior who has lost his faith and may betray them at any moment.

Lost in the Barrens by Farley Mowat 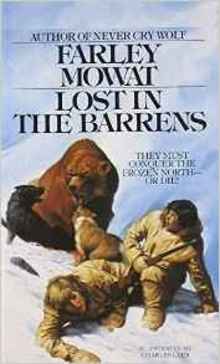 Awasin and Jamie, brothers in courage, meet a challenge many mountain men could not endure. When their canoe is destroyed by the fury of the rapids, they must face the wilderness with no food and no hope of rescue. To survive, they build an igloo, battle a grizzly bear, track several wolves, and kill caribou for food and clothing. Two lost huskies they tame bring companionship -- and maybe a way home from their dangerous adventure. 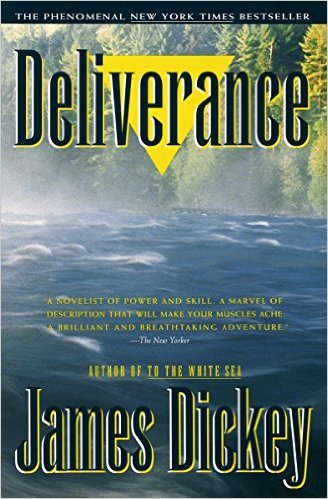 Four men take a canoe trip on a remote Georgia white-water river. After a tragic accident, the adventure turns into a struggle for survival as one man becomes a human hunter who is offered his own harrowing deliverance. We watch as a civilized, peaceful, man chooses a "kill or be killed" mentality when he is trapped in a life-or-death situation. The novel is filled with the beauty and violence of nature, fleeing, tracking, accidents and murder. Deliverance is on the list of Modern Libraries "100 Best Novels" and was made into an acclaimed 1972 film starring Burt Reynolds, Jon Voight and Ned Beatty.

The Mysterious Island by Jules Verne 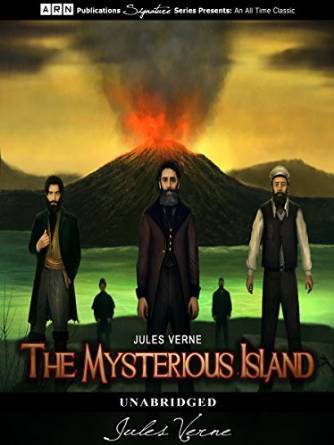 This enduring tale tells the story of five Americans who during the American Civil War escape the siege of Richmond, Virginia in a hot air balloon, only to have their balloon crash and leave them on an uncharted island in the South Pacific. Through the use of their ingenuity the five manage to survive on this island wilderness. Many secrets and adventures await the group as they endeavor to discovery the secrets of this "mysterious island." 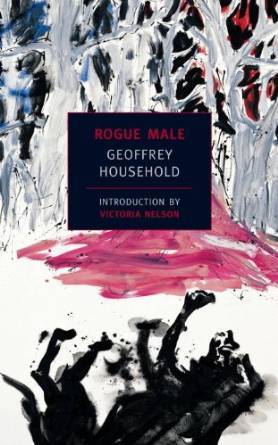 In this 20th century classic, an Englishman plans to assassinate a foreign dictator. But he is foiled at the last moment and falls into the hands of ruthless and inventive torturers. After devising for him an ingenious and diplomatic death they bungle the job and he escapes. But England provides no safety from his pursuers -- and the Rogue Male must strip away all the trappings of status and civilization as the hunter becomes a hunted animal.

For a larger list, see my blog "30 Great Novels about Survival."
http://www.aboutgreatbooks.com/topics/novels/survival/