Suffering from itchy feet? For adventurous runners, there are dozens of epic races and routes around the world to simultaneously treat the running bug and satisfy wanderlust... 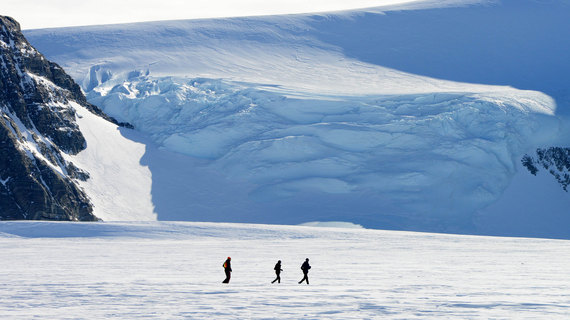 The Atacama Crossing, held in October, is one of the races that make up the 4Deserts challenge: four 155-mile desert races, including Antarctica, the Gobi and the Sahara. Ryan Sandes - one of the best ultra-runners in the world, pictured below - says that the Atacama Crossing is one of his favourite competitions and described it as being like 'running on the moon'. If this seven-day race is a bit at the extreme end of the running spectrum for you, there's also a marathon - the Volcano Marathon - which is held the following month. 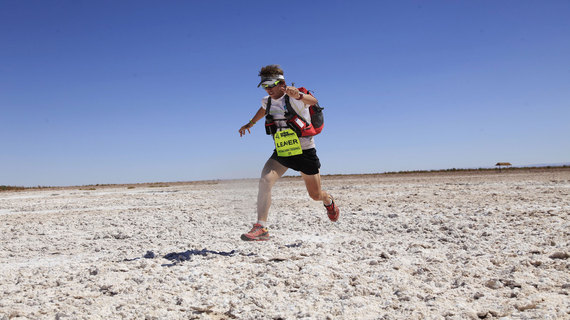 2. Marathon of the Midnight Sun, Norway

The Marathon of the Midnight Sun is one of the most northerly marathons in the world, located up in Tromsø in the Arctic Circle. The race takes advantage of the long daylight hours throughout June by kicking off at 8pm, when the sun is still low in the sky. George Warren, Director of Travel Design at Jacada Travel, ran the marathon in 2014 and said that the highlight, despite the incline, was running across the Tromsø Bridge, which afforded expansive views of the town and its icy surroundings. 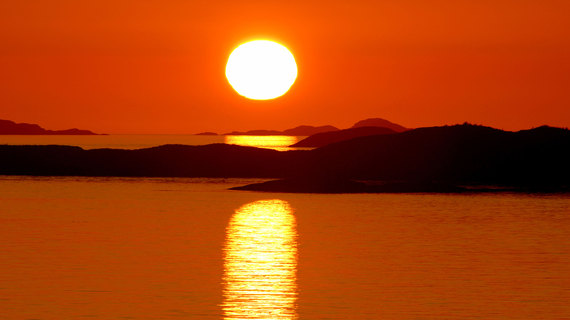 This 10K is one of the most fun races you can do, with over 37,000 runners taking to the streets of Addis Ababa, the third-highest capital city in the world at 8,000 feet above sea level. Although some of the world's best long-distance runners have hailed from Ethiopia - including Haile Gebrselassie, who helped found the Great Ethiopian Run back in 2001 - the race has a distinctly non-competitive and relaxed - if chaotic - vibe, with big smiles all round. 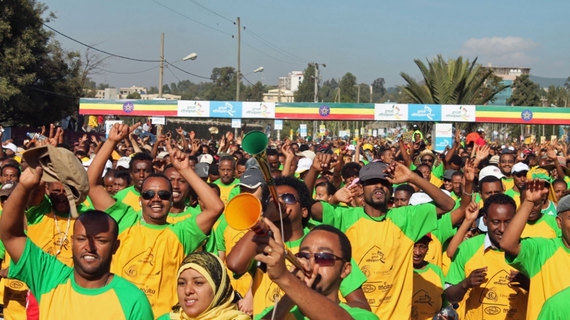 Surely one of the most beautiful places in the world, Torres del Paine National Park in Patagonia is home to the Patagonian International Marathon, run in September. Whilst you shouldn't expect an easy route, you can be assured that the landscape will be staggeringly handsome. There's also an ultra, a half and a 10K run. 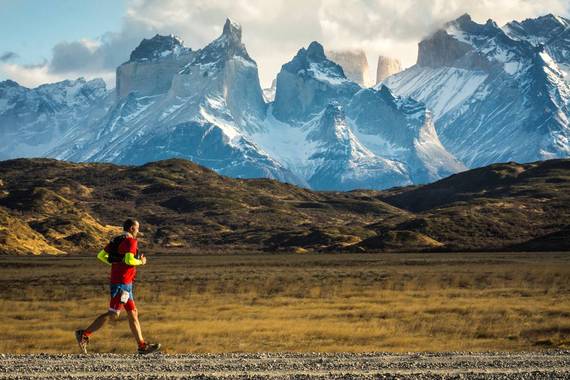 Hiking the iconic Table Mountain is on everyone's 'must-do' list when they visit Cape Town, but keen runners won't be satisfied with a mere walk. Affording superb views across the beautiful city and its coastal surroundings, the incline on this trail run is well worth it once you reach the top in time for sunrise or sunset. Sandes says that Table Mountain, which is right 'in his back garden', is one of the most 'epic' places he's ever run, and on Friday 27th March 2015 he set the fastest known time for the nine-mile route at 02.02.13. Think you can tackle the mountain faster? 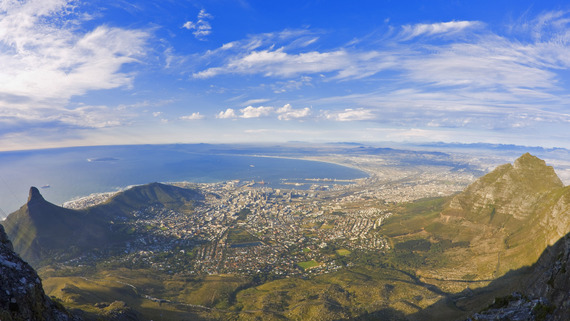 For any serious runner, the Comrades Marathon is a real bucket list race. The 56-mile ultra was the world's first organised ultra-marathon - founded in 1921 - and is now an annual June event. The route stretches along the South African KwaZulu-Natal coastline between Pietermaritzburg and Durban, switching between uphill and downhill courses each year. 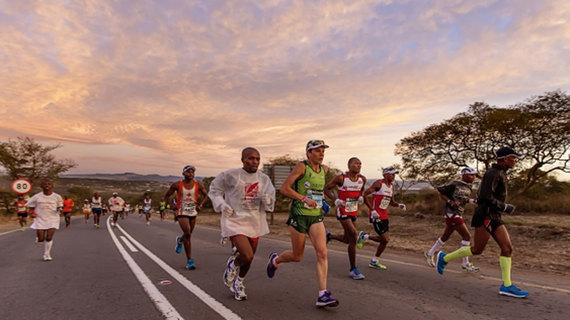 With suffocating humidity, sky-high temperatures, snakes, caimans, leeches, river crossings and the smothering darkness of the Amazon rainforest, the Jungle Marathon must be one of the most hard-core marathons in the world. For those tough enough (read: crazy) the race is held each October and there are three distances available to runners: a marathon, a 78-mile and a 157-mile race (the latter two are split into four and six stages respectively). 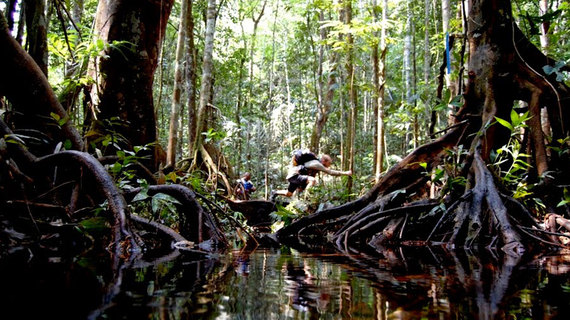 Chris McDougall's Born to Run made the incredible runners of Mexico's Copper Canyon famous. The elusive Tarahumara people, who live in the remote canyons of Mexico's north, are some of the world's best ultra-runners, effortlessly clocking up hundreds of miles through the hostile terrain until they're well into their 60s, wearing basic sandals and bright, billowing shirts - a getup that roundly mocks expensive sportswear industries. Confident Western runners have ventured into the canyons to try their luck alongside the Tarahumaras, but even the best ultra-runners in the world have met their match. 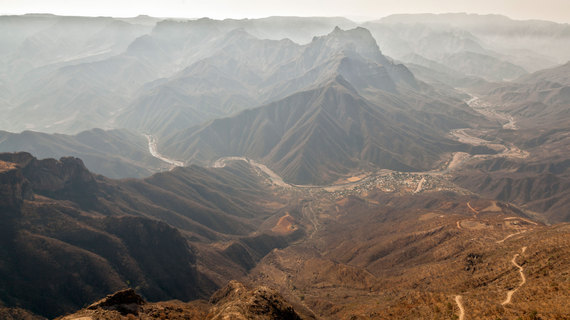 Whilst a marathon is never easy, a beautiful setting really does help with those last few gruelling miles. The Fujisan Marathon is held in November each year, taking advantage of the crisp conditions around Mount Fuji, which is located a couple of hours outside Tokyo. Aside from the iconic mountain, runners will pass blue lakes and autumnally coloured trees along the route, which also includes a particularly tough mountain climb. 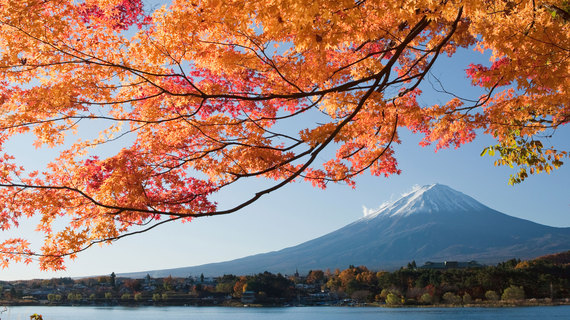 Claiming to be the 'most beautiful marathon in the world', the Two Oceans Marathon is a 35-mile race around the coast of Cape Town, and its name comes from the fact that participants will run along both the Atlantic and the Indian Ocean. Unsurprisingly, this is also one of the most popular ultra-races in the world. A real highlight is Chapman's Peak, which is one of the most scenic stretches of coastline in South Africa. 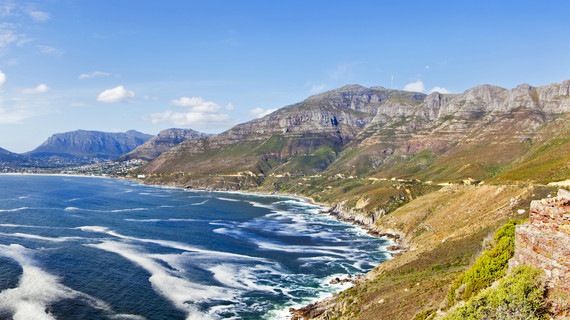 Join the locals for a jog along Rio de Janeiro's beachfront. The promenade along Copacabana, Ipanema and Leblon is a popular running route with cariocas, especially around sunset (you'll also skip the heat of the day). As well as being an attractive setting for a run, this is also an excellent people watching opportunity - particularly as Rio residents are not shy about showcasing their physiques. 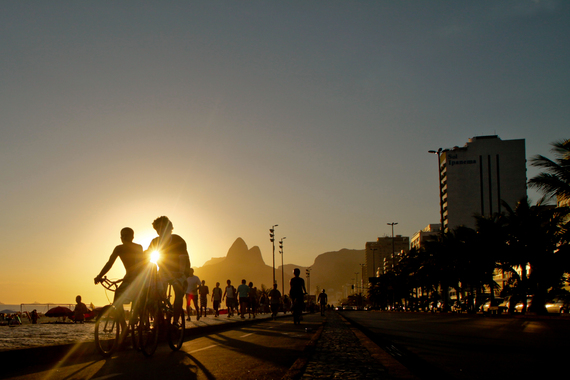 If you thought running in the heat was difficult, try running a marathon through the African savannah - with lions. The Safaricom Marathon in Kenya is run every June through the Lewa Wildlife Conservancy; in 2014 1,200 runners raised $725,000. Don't worry about the lions though - armed rangers guard the runners with helicopter support. Your real concern will be competing against some of the world's best long-distance runners. 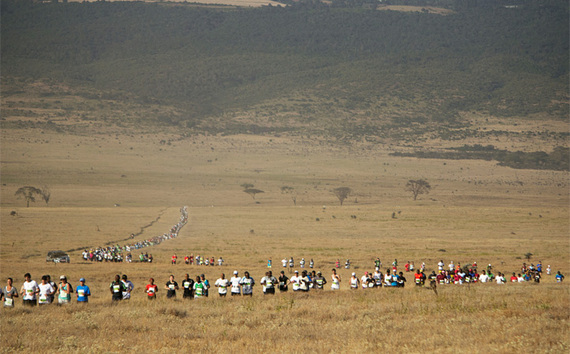 The Everest Marathon is - unsurprisingly - the highest marathon in the world. Starting at Everest Base Camp (7,598 feet above sea level), the annual marathon, held each May, traverses mountain trails through the sublime landscape of the Himalayas. The good news is that - aside from two steep uphill sections - it's mainly downhill, but you'll need to dedicate time to this race: it's a requirement that all runners be in the country for three weeks before the marathon to acclimatise properly. There is snow and ice along the path, so this is not for trail novices - but you probably could have worked that out for yourself. 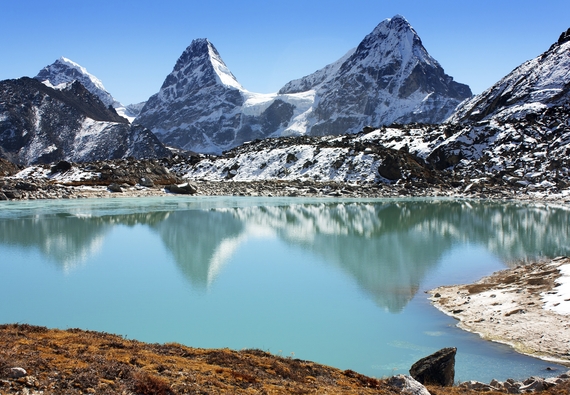 This new marathon comes as Myanmar (formerly Burma) opens up to tourism. The November marathon is set in the incredible landscape of Bagan where there are over 2,000 ancient temples peppered across the dusty plains. Aside from the epic scenery, the course is fairly flat and the only major struggle for participants will be the heat (and, of course, running 26.2 miles). 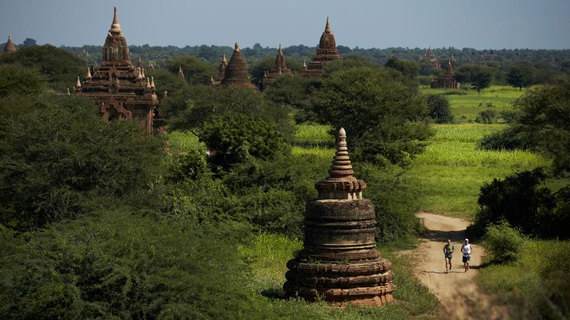 As if an average wind-chill factor of -20°C, an altitude of 700 metres, snow and ice on the trail and possible katabatic winds weren't enough, competitors running the Ice Marathon in Antarctica will also experience a complete lack of supporters and landmarks along the route. However, runners willing to face the elements (and pay the hefty price of £8,400) will be able to compete in the most southernmost marathon in the world and the only one run in the Antarctic interior. There have been ten Ice Marathons to date, with the eleventh scheduled for November this year. There's also a half-marathon option run alongside the full marathon, and an ultra in January. 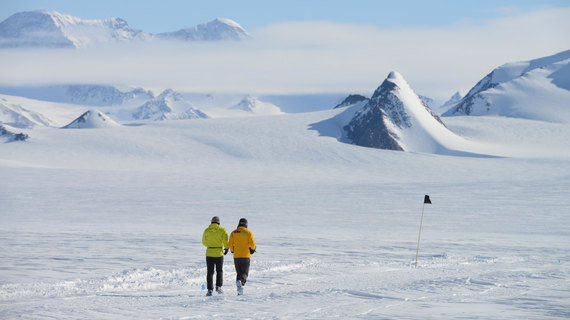