Today, our nation engages in one of its most bizarre cultural rituals: the celebration of Columbus Day as a national holiday. Although history proves that Christopher Columbus was an immoral treasure hunter who merely stumbled upon a region that had already been "discovered" by indigenous non-whites, we continue to praise the vicious conquistador as a hero.

To honor the true spirit of Columbus Day, I have created my own list of overrated white people. Of course, this list is not exhaustive, as there are countless other White people who are equally underwhelming.

Elvis Presley - Elvis didn't write his own songs (despite taking credit for them), barely played the guitar, and was a worse actor than the entire cast of Belly. Despite being a cheap facsimile of Little Richard, he is still known as the "King of Rock 'n Roll." Only in America...

Ronald Reagan - You can't have a conversation with a Republican without hearing Reagan's name invoked as the patron saint of American politics. As a result, Ronald Reagan moves closer and closer to the Mount Rushmore of our public imagination with each passing year. How easily we forget that Reagan was largely responsible for shutting down mental hospitals, bloating the military, shrinking benefits for the needy, sparking mass incarceration, and declaring ketchup a vegetable for our children's school lunches.

Justin Bieber - Sure, the kid can sing and dance. But is he better than dozens of black R&B singers? Nope.

Donald Trump - The Donald was always obnoxious, but he dipped to new lows this year by jumping on the Birther train. But that alone doesn't make him overrated. Just racist and dumb. No, Trump is overrated because people actually look to the self-important hack for legitimate political insight. The only thing more inflated than Trump's intellectual value is his net-worth, which is nothing close to the "many billions" he alleges.

Prince Harry - The Tito Jackson of the Royal Family. Prince Harry is something like the 234th heir to the throne, yet the media talks about him as if he were Prince Charles himself. I guess if we realized how unimportant he was, his ridiculous antics would be less newsworthy.

Tim Tebow - At best, Tebow is a 2nd or 3rd string player. Sure, he's led his team to some amazing 4th quarter come-from-behind victories. But that's usually because his crappy play over the first 3 quarters put his team behind. Tebow's celebrity -- despite the fact that he couldn't beat out mediocre Mark Sanchez for a starting spot -- proves an old football axiom: Black men throw interceptions; White men are "gunslingers."

President Obama's Economic Team - Despite wolf cries from the Right that President Obama is organizing a socialist revolution, the President's economic advisors are living proof that he's far from a Fabianist. Rather than delivering on the change that many people expected -- and that the Obama Administration continues to trumpet as fact against all evidence to the contrary -- Obama's closest economic advisors have continued to push forward a business-as-usual strategy that continues to reward big business, stimulate the wealthy, undermine fair trade, and deny the possibility of living wages for poor people around the globe.

William Shakespeare - There's no doubt that Shakespeare has a rightful place in the Western literary canon. Unfortunately, thanks to sycophantic critics and narrow-minded educational systems, Shakespeare is the only person who seems to matter to the average person. Billy's hulking presence in the Western literary imagination has led to the marginalization of other incredible writers of his era, such as Kyd, Middleton and Webster, whose work merits equal if not greater attention. Also, as a result of his deification, we ignore the fact that many aspects of Shakespeare's work -- such as the writing in Hamlet or the generally narrow range of female roles in his plays -- just aren't that awesome.

Babe Ruth - While there is no doubt that Babe Ruth was the most dominant player of his era, he was also the beneficiary of smaller playing fields and a segregated league. It may be cliché to say, but there's little doubt that Ruth would have lower career numbers if he had been forced to face Satchel Paige and his peers on a regular basis. Nevertheless, The Babe, rather than Hank Aaron or Willie Mays, continues to be the most celebrated figure in the history of the sport.

Kate Middleton - Almost no one get more media attention (and Huffington Post traffic) than Prince William's wife. What does she do again?

Joel Osteen - The only preacher in America who can give an entire sermon without referencing a bible. Somehow, Osteen has convinced the world that he is a legitimate theologian rather than a schmaltzy self-help salesmen in pastor's clothing.

The Whole NHL (except Wayne Simmonds) - Has anyone noticed that the whole season is about to be canceled? Nope, didn't think so.

Bill Clinton - Despite bombing Africa and the Middle East regularly, approving the Welfare Reform Bill, Prison Litigation Reform Act, and "three strikes" legislation, Black folk regularly regard Clinton as a messianic figure. He may have been better than Bush, but Slick Willie was far from a savior.

Eminem - Without question, Marshall Mathers is a dope MC. His first two LPs (particularly the second) will go down as classics and his latest releases, Recovery and Bad Meets Evil, are some of the best albums in recent years. Still, the "genius" and "greatest of all time" labels are too quickly attached to Em at the expense of more significant old school rappers like Kool G Rap and Big Daddy Kane, as well as contemporaries like Black Thought, Kool Keith, Jean Grae and Pharoah Monche.

Bill Walton - More than any other player in the history of the NBA, Walton embodies hyperbole. In his current role as an announcer, Walton routinely refers to at least eight different players as the "best player in the league, bar none" and refers to routine turnovers as "the worst play in the history of Western civilization." As a player, Walton put together one of the greatest college careers in NCAA history and led Portland to a championship. Still, a career full of recurring injuries and his sixth-man role in Boston make Walton's placement on the NBA's 50 Greatest Players list dubious at best.

Sarah Palin - Although her political career is likely over, Palin continues to be a powerbroker among Right wing extremists. Despite her lack of knowledge of policy or strategy, Palin is still a go-to pundit on conservative media outlets. No one destroys the myth of white supremacy more effectively than Sarah Palin. 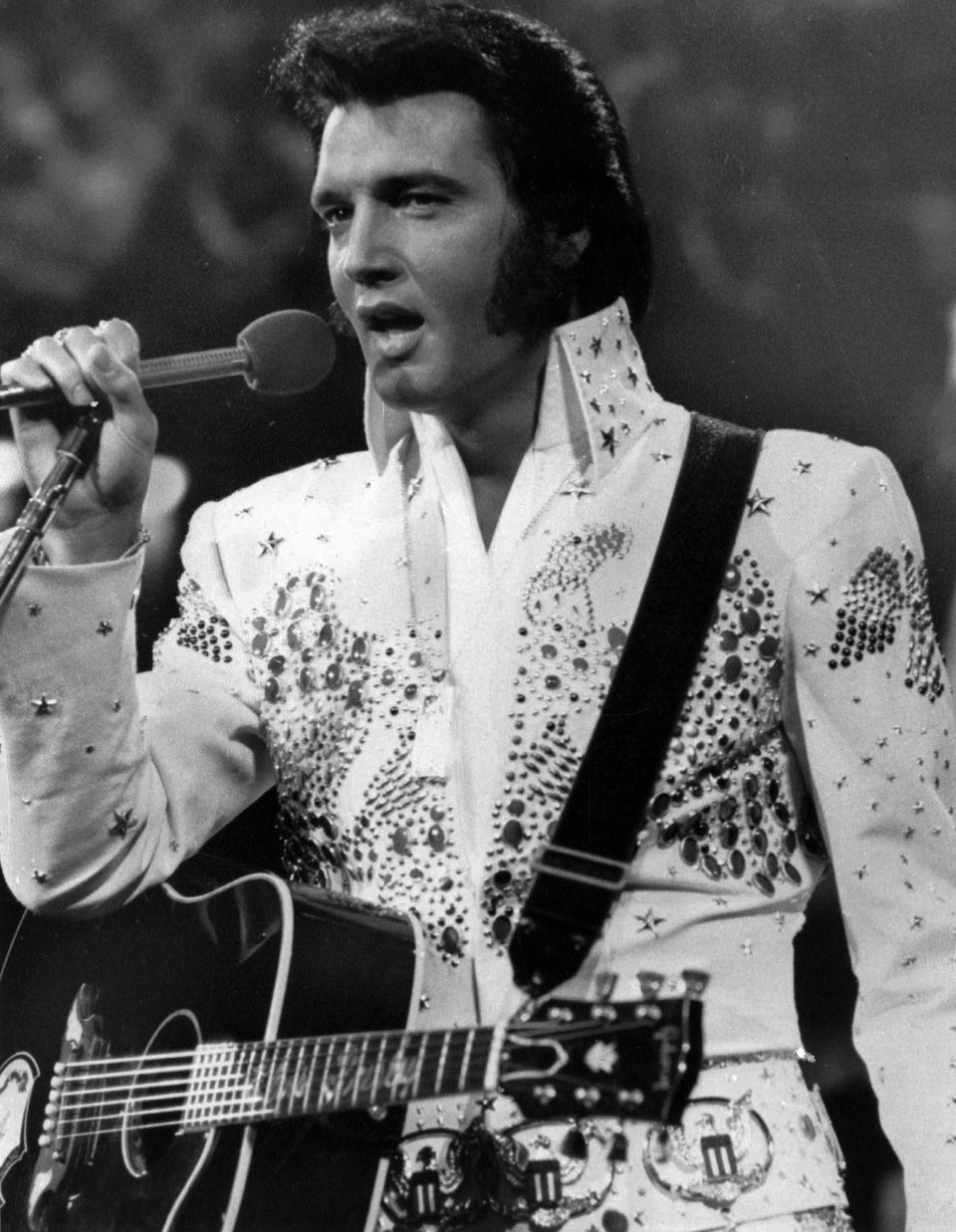 1 / 15
PRESLEY
FILE - In this undated file photo released by NBC-TV, singer Elvis Presley is shown in concert in the later part of his career. Presley's estate announced it has authorized holograms of the King of Rock, Marilyn Monroe's estate has expressed interest and there's no shortage of other beloved stars whose fans would die to see them perform again. (AP Photo/NBC-TV, FILE)
AP