Whether you're convincing your boss to fund your project or your preschooler to wipe his own hiney after using the bathroom, persuasion is a skill that's instrumental to your success in life. 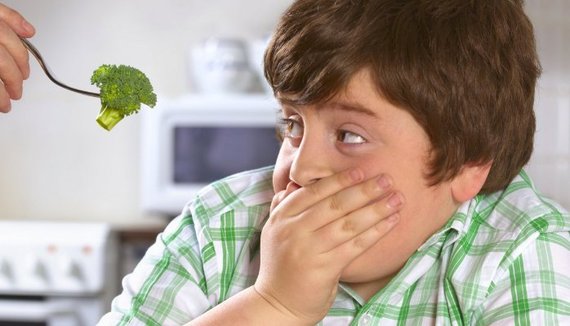 Here are the 15 tricks of the trade that exceptionally persuasive people use to their advantage.

They Know their Audience

Persuasive people know their audience inside and out, and they use this knowledge to speak their audience's language. Whether it's toning down your assertiveness when talking to someone who is shy or cranking it up for the aggressive, high-energy type, everyone is different, and catching on to these subtleties goes a long way toward getting them to hear your point of view.

People are much more likely to accept what you have to say once they have a sense of what kind of person you are. In a negotiation study, Stanford students were asked to reach agreement in class. Without instruction of any kind, 55% of the students successfully reached agreement. However, when students were instructed to introduce themselves and share their background before attempting to reach agreement, 90% of the students did so successfully.

The key here is to avoid getting too caught up in the back and forth of the discussion. The person you are speaking with is a person, not an opponent or a target. No matter how compelling your argument, if you fail to connect on a personal level, he or she will doubt everything you say.

Persuasive people establish their ideas assertively and confidently, without being aggressive or pushy. Pushy people are a huge turn off. The in-your-face approach starts the recipient backpedaling, and before long, they're running for the hills. Persuasive people don't ask for much, and they don't argue vehemently for their position because they know that subtlety is what wins people over in the long run. If you tend to come across as too aggressive, focus on being confident but calm. Don't be impatient and overly persistent. Know that if your idea is really a good one, people will catch on if you give them time. If you don't, they won't catch on at all.

On the other hand, presenting your ideas as questions or as though they need approval makes them seem flawed and unconvincing. If you tend to be shy, focus on presenting your ideas as statements and interesting facts for the other party to mull over. Also, remove qualifiers from your speech. When you are trying to be persuasive, there is no room for "I think" or "It is possible that."

They Use Positive Body Language

Becoming cognizant of your gestures, expressions, and tone of voice (and making certain they're positive) will engage people and open them up to your arguments. Using an enthusiastic tone, uncrossing your arms, maintaining eye contact, and leaning towards the person who's speaking are all forms of positive body language that persuasive people use to draw others in. Positive body language will engage your audience and convince them that what you're saying is valid. When it comes to persuasion, how you say something can be more important than what you say.

They Are Clear and Concise

Persuasive people are able to communicate their ideas quickly and clearly. When you have a firm grasp on what you're talking about, it's fun and easy to explain it to those who don't understand. A good strategy here is to know your subject so well that you could explain it to a child. If you can explain yourself effectively to someone who has no background on the subject, you can certainly make a persuasive case with someone who does.

Being genuine and honest is essential to being persuasive. No one likes a fake. People gravitate toward those who are genuine because they know they can trust them. It's difficult to believe someone when you don't know who they really are and how they really feel.

Persuasive people know who they are. They are confident enough to be comfortable in their own skin. By concentrating on what drives you and makes you happy as an individual, you become a much more interesting and persuasive person than if you attempt to win people over by trying to be the person they want you to be.

They Acknowledge Your Point of View

An extremely powerful tactic of persuasion is to concede the point. Admit that your argument is not perfect. This shows that you are open minded and willing to make adjustments, instead of stubbornly sticking to your cause. You want your audience to know that you have their best interests at heart. Try using statements such as, "I see where you are coming from," and "That makes a lot of sense." This shows that you are actively listening to what they are saying, and you won't just force your ideas upon them. Persuasive people allow others to be entitled to their opinions and they treat these opinions as valid. They do this because it shows respect, which makes the other person more likely to consider their point of view.

The biggest mistake people make when it comes to listening is failing to hear what's being said because they are focusing on what they're going to say next or how what the other person is saying is going to affect them. The words come through loud and clear, but the meaning is lost. A simple way to avoid this is to ask a lot of questions. People like to know you're listening, and something as simple as a clarification question shows not only that you are listening but also that you care about what they're saying. You'll be surprised how much respect and appreciation you gain just by asking questions.

They Paint a Picture

Research shows that people are far more likely to be persuaded by something that has visuals that bring it to life. Persuasive people capitalize on this by using powerful visual imagery. When actual images aren't available or appropriate, these people tell vivid stories that breathe life into their ideas. Good stories create images in the mind of the recipients that are easy to relate to and hard to forget.

They Leave a Strong First Impression

Research shows that most people decide whether or not they like you within the first seven seconds of meeting you. They then spend the rest of the conversation internally justifying their initial reaction. This may sound terrifying, but by knowing this, you can take advantage of it to make huge gains in your likeability and ability to persuade. First impressions are intimately tied to positive body language. Strong posture, a firm handshake, a smile, and opening your shoulders to the person you are talking to will help ensure that your first impression is a good one.

They Know When to Step Back

Urgency is a direct threat to persuasion, so tread lightly. When you try to force people to agree instantly, studies show that they are actually more likely to stand by their original opinion. Your impatience causes them to counter your arguments in favor of their own. If your position is strong, you shouldn't be afraid to back off and give it time to sink in. Good ideas are often difficult to process instantly, and a bit of time can go a long way.

They Greet People by Name

Your name is an essential part of your identity, and it feels terrific when people use it. Persuasive people make certain they use others' names every time they see them. You shouldn't use someone's name only when you greet him or her. Research shows that people feel validated when the person they're speaking with refers to them by name.

If you're great with faces but have trouble with names, have some fun with it, and make remembering people's names a brain exercise. When you meet someone, don't be afraid to ask his or her name a second time if you forget it right after you hear it. You'll need to keep the name handy if you're going to remember it the next time you see the person.

Persuasive people never win the battle only to lose the war. They know how and when to stand their ground, and yet they are constantly making sacrifices that help their cause. They are always giving in, giving ground, and doing things for other people that make them happy. Persuasive people do this because they know in the long run this wins people over. They know it's better to be successful than it is to be "right."

People naturally (and unconsciously) mirror the body language of the person they're talking to. If you want people to like you and believe in you, smile at them during a conversation, and they will unconsciously return the favor and feel good as a result. Persuasive people smile a lot because they have genuine enthusiasm for their ideas. This has a contagious effect on everyone they encounter.

Persuasive people are adept at reading and responding to other people. They rely heavily on emotional intelligence (EQ) to bring people to their way of thinking. With 90% of top performers high in emotional intelligence, it's no wonder that persuasive people rely on this skill to get ahead. Add these skills to your repertoire, and you're on your way to joining this exclusive group.