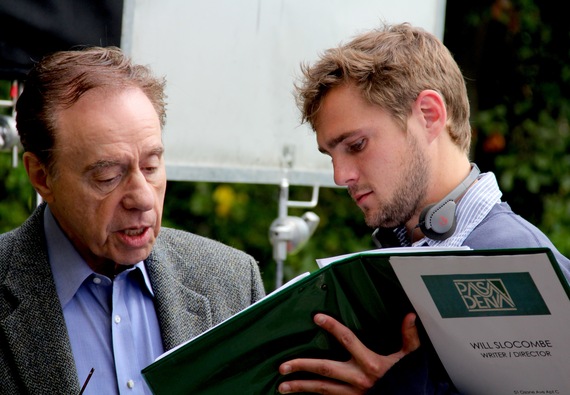 My name's Will Slocombe.

I just wrote and directed a movie called Cold Turkey (although, it was once called Pasadena, per the pretentious writer/ director binder pictured above -- that's me, on the right).

Cold Turkey stars legendary actor-director Peter Bogdanovich, from The Last Picture Show, (that's him, on the left) as the exhausted patriarch of a dysfunctional Pasadena family, with Cheryl Hines, from Curb Your Enthusiasm, as his just-barely-holding-it-together second wife. One Thanksgiving, a black sheep daughter, explosively played by Alicia Witt, from the show Justified, finally comes home, and destroys/ saves the family.

Making a movie -- especially an indie movie -- is not easy, and I'm extremely thankful for my talented cast and crew.

But I'm also thankful for lots of other things in life.

So, in the spirit of both Thanksgiving, and general, Internet list-making, I thought I'd write down 15 things for which I'm thankful. Why 15? Like Bill Simmons, when he always does this, and chooses seemingly random numbers -- although for him it's always 33 because of Larry Bird? Well, 15 is the number of years since Cold Turkey's black sheep sister, Nina, came home.

So, 15 things for which I'm thankful are:

1. The fact that I got to write and direct a movie. Legit dream come true.

2. The folks who helped make Cold Turkey a reality. Especially my producers, Graham Ballou (to whom I sent an email about the script the morning after I had the idea) and David Mandel (who was always game, and smart, and funny). Also, my executive producers, Sam Slater and Paul Bernon (without whom the movie would have died a horrible, premature death, and who have been ever-present and available since said movie-saving), my associate producer, Kim Burnick (who did so much on-the-ground work in pre-production), and my associate producer, Stephanie Davis (who did so much work in my life, generally -- love ya, Steph!).

3. The Tony Kornheiser Show (no, seriously, it's amazing -- even with the goddamn podcast delay).

5. The existence of this.

6. The existence of Charlie Rose, generally.

7. The crabs at Sam Wo's (note: I have no idea what "Sam Wo" is, but I bet my grandmother once avoided Christmas there).

9. Wallabees. And the fact that they get repped super hard by both Ghostface Killah and Wes Anderson. 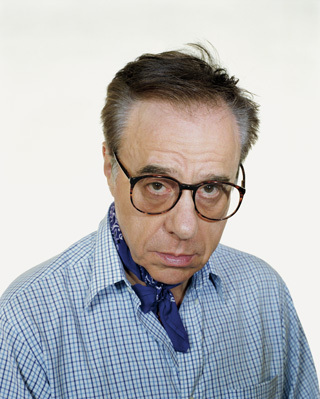 While we're here, let's talk about family and stories, shall we?

(Oh crap, did I just ruin the list-making gimmick of this whole article? Oh, whatever. It's my first time out, cut me some slack. Tell ya what -- let's make the rest of this one, big 16th reason to be thankful.)

What's actually really interesting is how different kinds of families can serve as great inspiration for stories, and movie inspiration, specifically.

Boogie Nights is a family movie. So is The Empire Strikes Back. So is Bull Durham.

Families are universal. They're malleable. You can fit them into a bunch of different narrative structures. You can have father-son stories. "Band Of Brothers" stories. Mistaken identity stories. Odd couple stories. Lovable St. Bernard stories.

Above all, families are personal. If you're writing what you know, it's not a bad idea to start with family. Especially if they've just abandoned you for their Christmas trip to Paris.

Cold Turkey is about a family frozen in trauma, and how they get out of that trauma (note: it involves a daughter stabbing a mother with a fork at the Thanksgiving table). It's also the story of a patriarch who is brought to his knees.

It's also about how, despite our best efforts, we all eventually turn into our parents.

I know I have.

Cold Turkey, which opened theatrically in LA, New York, and other cities around the country, is now available on platforms like iTunes, Amazon, Hulu, Google Play, and -- Will's personal favorite -- Xbox 360.