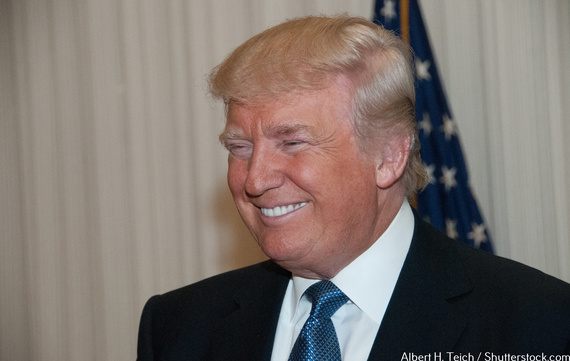 Republican presidential candidate and billionaire Donald Trump has shown he is politically controversial. His proposed tax plan -- which would affect almost every American taxpayer -- also is contentious.

As outlined in his book, "Time to Get Tough: Make America Great Again!" and in a different form on his current presidential website, Trump has reiterated his plan to reduce the number of tax brackets to just four from the current seven. Here's a look at Trump's tax plan and what experts think of it.

Related: How to Get Richer Without Getting a Raise

In the original proposal outlined in Trump's book, federal tax payments would be cut significantly with the goals of:

Trump's tax reform proposal resonates with millions of Americans. But like all things related to tax policy, there are winners and losers. Following are 17 things American taxpayers should know about Trump's proposed federal tax plan:

1. Experts Differ on the Plan's Impact

The net impact of reducing taxes for individuals and corporations is that it "would lead to an 11 percent higher GDP over the long term provided that the tax cut could be appropriately financed," according to an analysis by economist Alan Cole for the conservative-leaning Tax Foundation.

However, Bob McIntyre, director of the liberal-leaning Citizens for Tax Justice, said Trump's plan would cost the government $12 trillion over a decade, thereby reducing total federal government revenues by 29 percent. "The potential revenue loss from Trump's plan would be enormous," McIntyre said.

Trump's new tax code eliminates the so-called "marriage penalty." His proposal for married couples provides "the lowest tax rate since before World War II," according to his site, and would not tax people who are married and filing jointly who earn less than $50,000.

This eliminates about 75 million households -- or more than 50 percent -- from income tax rolls and would cause a steep drop in revenues. Stephen Kirkland, an accountant from Columbia, S.C., told The State newspaper: "Eliminating the marriage penalty would be a good thing, though it is not a huge item. Married couples do typically pay higher federal income tax than they would if they were single."

3. The Estate Tax Is Eliminated

The estate tax, also known as the "death tax," would be eliminated. Trump said he would end this tax because people paid taxes originally when the money was earned, and paying estate taxes is a form of "double taxation."

However, ThinkProgress.org -- which was voted "best liberal blog" at the 2006 Weblog Awards -- said this tax only affects 0.14 percent of Americans. In addition, there are numerous loopholes to avoid paying it.

According to ThinkProgress, "those who owe it only pay an effective 16.6 percent rate, and less than 10 percent of the $60 trillion that will get passed down to wealthy heirs and charities over the next half century will be paid in estate tax. Nevertheless, it is a significant and progressive source of government revenue, since it only impacts those most able to pay yet will generate $246 billion over the next decade."

4. 31 Million Households Would Owe No Tax

No federal income tax would be levied against individuals earning $25,000 or less, and married couples earning $50,000 and less. The Trump campaign estimates that would reduce taxes to zero for 31 million households that currently pay some income tax.

However, other sources, such as the nonpartisan Tax Policy Center, found that about 67.3 million tax filers -- 41.4 percent of all tax filers -- did not pay any federal taxes in 2014. While an official of the Tax Policy Center said more exact numbers would emerge as Trump finalized his plan, the immediate impact of this revenue reduction would be offset by an increase in the federal deficit.

Trump's plan caps the highest individual income-tax rate at 25 percent, compared with the current 39.6 percent rate. This would be the lowest top tax rate since 1931, according to Josh Barro of the New York Times. It would apply to single filers who make more than $150,000 and married couples who earn more than $300,000.

While this makes for good headlines, the proposal benefits wealthier taxpayers more than the middle class, according to Dylan Matthews of Vox:

"While everyone who pays income tax would benefit from the bigger initial exemption in Trump's plan, the elimination of the 28, 33, 35, and 39.6 percent tax brackets only helps households making six figures a year, and it helps them substantially," he wrote. "Those households also benefit from the higher kick-in of the 10 percent, 15 percent, and 25 percent bracket."

Trump's website said his plan "ends the current tax treatment of carried interest for speculative partnerships that do not grow businesses or create jobs and are not risking their own capital." This applies to hedge funds that speculate in the markets.

Hedge funds would be affected, at least initially, but they do have a loophole, according to Andrey Krahmal, a tax attorney with Temple Tax Chambers in London. Currently, hedge funds and some private equity fund managers receive their compensation from a 20 percent share of investment profits.

"Because of the current carried interest treatment, they pay taxes on that share at the lower capital gains rate, instead of at the rate for earned income. The rest of their compensation comes from a management fee equal to 2 percent of a fund's assets, which is taxed as ordinary income," Krahmal said.

To pay less taxes, Krahmal said hedge fund managers could organize themselves as small businesses or limited partnerships and change their compensation, so all or a large part of it comes from fees, rather than carried interest.

"Under Trump's proposal, they would pay taxes at the 15 percent rate. This is quite a difference from the current 23.8 percent capital gains rate for high-income filers, as well as the current 39.6 percent top rate that applies to the management fees," she said.

Related: 5 Ways to Make a Better Plan for Your Money in 2016

Trump's plan would eliminate the net investment income tax of 3.8 percent that was passed as part of the Affordable Care Act. Specifically, this applies to couples who have a modified adjusted gross income exceeding $250,000 or singles with an adjusted gross income exceeding $200,000, according to Medical Economics. People in these tax brackets face two additional taxes as a result of the ACA. The Trump plan eliminates both of those taxes.

Under Trump's proposal, corporations "would still be saddled with the complex, distorting, and growth-inhibiting 'depreciation' regime where an asset is deducted over several or even many years," according to the Americans for Tax Reform.

This conservative think tank instead would like to see a "move to a full-expensing business cash flow model, where all business inputs including investments are deducted in the year spent."

Trump's plan allows taxpayers to keep taking deductions for their mortgage interest. Nearly 65 percent of Americans own homes, according to the U.S. Census Bureau.

As expected, any effort to reduce or eliminate this deduction is strongly opposed by the housing industry. "The mortgage interest deduction is a remarkably effective tool that facilitates homeownership. NAR opposes any changes that would limit or undermine current law," according to a statement on the National Association of Realtors website.

Chuck Marr, director of federal tax policy at the Center on Budget and Policy Priorities -- which describes itself as nonpartisan, but which is more often described as leaning to the left -- has written at the center's website that Trump's plan creates "a special 15 percent rate for business income that's passed through to the firm's owners and taxed as individual rather than corporate income, thereby providing a large new loophole disproportionately benefiting people at high income levels."

Trump's plan calls for reducing the corporate income tax rate from the current 35 percent to 15 percent. The net effect of this would be to eliminate several confusing tax features that exist within the current tax bill, said David Hryck, a New York tax lawyer and personal finance expert who is a partner at the Reed Smith law firm.

On the other hand, some critics claim that reducing the corporate tax rate will increase the federal deficit.

13. Allows Businesses to Pass Through Income at 15 Percent Rate

Trump's plan allows businesses to pass through income at the rate of 15 percent, a change from the current rate of 39.6 percent. In practice, this means small business owners can restructure themselves as limited liability companies that are not taxed. When this occurs, this income is passed through to the individual owners, who then pay tax on their individual income tax returns.

Those small-business owners would enjoy this tax reduction, but so would large businesses that could restructure themselves. The tax break would also go to independent contractors who would consider their payments as small business income.

14. Limits the Deductibility of Interest Expenses

According to Hryck, "eliminating the AMT would provide the lowest tax rates in decades and take us from the seven current brackets to a new system of only four. This change would be very important to families within this earning group. Many of Trump's tax ideas would help to lower the rate for businesses, bringing it all the way down to 15 percent."

How Trump's Plan Stacks Up

Assessing tax proposals can be a highly partisan activity, but there are more authoritative sources that can cut through the political thicket. The nonpartisan Tax Policy Center said Trump's plan would require "substantial budget cuts" to the federal budget, presumably in entitlement programs, to compensate for reduced revenues.

The pro-business Tax Foundation projected that the plan would cut Treasury revenues by more than $10 trillion over a 10-year period. Another projection from the bipartisan Committee for a Responsible Federal Budget found that Trump's plan would increase the national debt from 74 percent of GDP today to "around 125 percent by 2025, well above current projections of 77 percent."

Other sources in this article also cite the potential for such a budget shortfall. This contradicts what Trump said in a September press conference, when he said that a significant reduction in taxes for individuals and businesses "does not add to our debt or our deficit."

Trump is also vague about specifics in terms of which federal programs would be cut. He did promise he could cut spending "without losing anything." That seems hard to believe, but in politics, anything can happen.