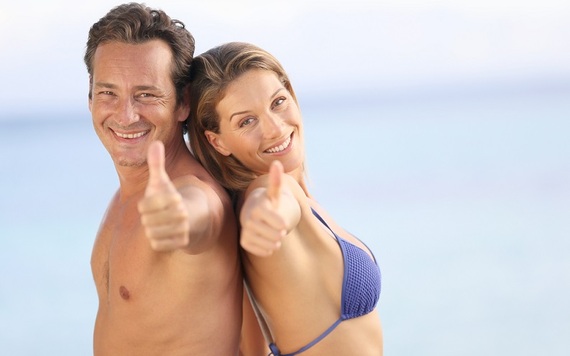 The word "retirement" and number "65" are as linked in the American psyche as "bacon and eggs." Then again, that all depends on how fast you want your eggs, right?

Retiring early -- or leaving the work force for the golf course, if you like -- might sound like an unattainable goal. That's especially true if you look at the challenge from a pure cash paradigm. But there are many ways to make it, so long as you take numerous approaches into account.

Yes, 65 is the standard -- but what's 21st century life all about if not exceeding standards? Here are 15 major financial and lifestyle moves you can make to achieve this goal.

Related: Why You Don't Really Need a Million Dollars to Retire

1. Live Two to Three Times Below Your Means

Sorry, folks: Simply skipping that $4 latte in the morning ain't gonna cut it. It takes a much more committed approach where "sacrifices" are viewed in a new light. "It's amazing when I work through the numbers that some people think manicures, landscapers and maids are a need," said Michael Chadwick, a certified financial planner and CEO of Chadwick Financial Advisors in Unionville, Conn.

Less spending later constitutes the flip side of less spending now. If you imagine comfy retirement as a vacation home and monthly cruise ship trips, revisit that vision so you don't have to bleed cash -- but can still retire in style. Instead of two homes, for example, why not live in your vacation destination and pocket the principal from selling your primary residence?

3. Pay Off All Your Debt

That's right, all of it. First: Is it time to pay off your home? You might not have the resources now to plunk down one huge check, but consider savvy alternatives such as switching from a 30-year to 15-year mortgage. Monthly payments aren't much higher, but the principal payoff is much greater. Second: Do the same with loans and credit cards, as high interest eats up income faster than termites chewing a log. A credit card balance of just $15,000 with an APR of 19.99 percent will take you five years to eradicate at $400 a month -- and you'll dish out a total of $23,764.48, the calculator on timevalue.com shows.

While it's risky to count on unknowns such as an inheritance, you might have cash streams available outside the traditional retirement realm, said Jennifer E. Acuff, wealth advisor with TrueWealth Management in Atlanta. For example, "Understand your options with respect to any pensions you might be entitled to from current or previous employers."

The wisdom of taking advantage of a company match on the 401(k) is well established -- but think about how that power is accelerated if a working couple does it with two such company matches. "If your employer has a matching contribution inside of your company's plan, make sure you always contribute at least enough to receive it," said Kevin J. Meehan, regional president-Chicago with Wealth Enhancement Group. "You are essentially leaving money on the table if you don't."

The methodology is simple, yet the results can be profound: Put money at least monthly into systematic investments during your working years. "There's no other element of investment planning or portfolio management that's more essential over the long term," said Jesse Mackey, chief investment officer of 4Thought Financial Group in Syosset, N.Y.

How about some free money? The ESPP typically works by payroll deduction, with the company converting the money into shares every six months at a 15 percent discount. If you immediately liquidate those shares every time they're delivered, it's like get a guaranteed 15 percent rate of return," said Dave Yeske, managing director at the wealth management firm Yeske Buie and director of the financial planning program at Golden Gate University. "Add the after-tax proceeds to your supplemental retirement savings."

That is, the earlier the better. Millennials who kick off retirement accounts early will reap big rewards later. A 25-year-old who socks away $4,000 a year for just 10 years (with a 10 percent annual return rate) will accrue more than $883,000 by the time she turns 60. Now then: Can't you just taste those pina coladas on the beach?

10. Plan Smart Vacations and Travel -- and Invest the Difference

There's no sense in depriving yourself of every single thing, especially well-deserved time off. But Yeske points out that you can save a ton in 150 countries through a service called HomeExchange.com. "My wife and I have stayed for free in London, Amsterdam, New York and Costa Rica," he said. "And when you're staying in someone's home or apartment, you don't have to eat out at a restaurant for every meal, so your food costs nothing more than if you were at home."

To get to an early retirement, you have to periodically revisit your IRA, 401(k) or other retirement account to make sure your money doesn't grow cobwebs. For example, the way your retirement account is diversified shouldn't put too much emphasis on low-yield investments -- such as money market funds and low-yielding bonds. "Dividends can pile up in the money market account, typically earning one one-hundredth of a percent," Yeske said. "Make sure your cash is invested properly."

12. Hop off the Hedonic Treadmill

In this curse of consumerism, you buy something expensive, feel excited and then scout for something else to purchase when the "new car smell" wears off. And it's a huge trap if you want early retirement, said Pete, a finance blogger who retired in his 30s. Another advantage: "Here in the rich world," he wrote at MrMoneyMoustache.com, "the only widespread form of slavery is the economic type."

13. Look for Passive Sources of Income

Early retirement doesn't necessarily mean retiring all of your income, especially if you find ways to bring in money without hard work. Investing in rental properties is one way you can create a cash flow stream -- and you can minimize the labor by hiring a property manager. Or: Set up an internet sales business and hire a part-timer to fulfill orders and track stock based on volume.

14. Enlist in the Armed Forces

Here's an alternative way to get to "At ease, men." By serving in the military, you can also serve yourself. Members commonly retire after 20 years, living off generous pensions and health insurance. Even though President Obama in March proposed sweeping changes to military retirement and health benefits, earlier-than-normal retirement should still remain an option for many men and women in uniform.

15. Hit the Road or Go Jump in a Lake, Indefinitely

Some middle agers are selling the bulk of their possessions -- including the home -- and moving into tricked-out mobile homes and houseboats. These options also open the door to a life of leisure travel and can eliminate major expenses, such as property taxes and mortgage payments.

If you think of retiring early as simply walking away from everyday life -- and thus a pipe dream -- it's time to take a step back and look at how others have done it. You might enjoy your job immensely and have friends in the trenches with you. But if work is taking too much away from your family time, community bonds, overall health and peace of mind, you might do well to consider one of the smartest alternative investments of all: yourself.

This article originally appeared on GOBankingRates.com: 15 Ways to Retire Earlier