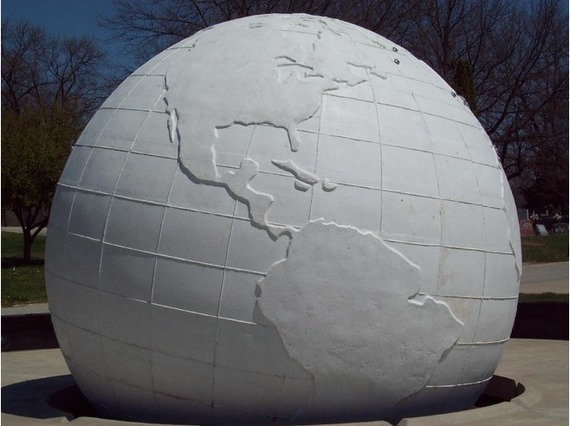 2. We've manufactured enough plastic to wrap Earth in a layer of clingfilm. On current trends, there will be more plastic in the oceans than fish by 2050. These and other manmade materials are creating "technofossils". 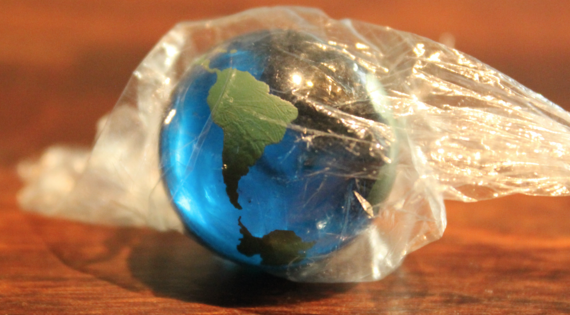 3. We use an area the size of South America to grow our crops and an area bigger than Africa for our livestock. Humans and our livestock make up over 90% of all mammals on Earth by weight*. 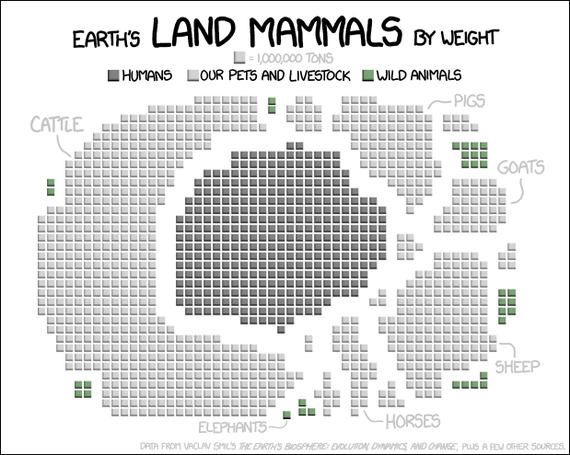 5. We move more sediment and rock than all natural processes.

6. The nitrogen cycle hasn't changed this much in 2.5 billion years - and we are the cause - we've doubled the amount of reactive nitrogen in circulation. And we are radically altering the carbon and water cycles causing the climate to change.

7. We're making Earth wobble a little. The Greenland and Antarctic ice sheets are melting because of climate change caused by humans. This is changing Earth's wobble - Earth's spin axis drifts slowly around the poles - GPS signals are inaccurate if this is not included in the calculations. 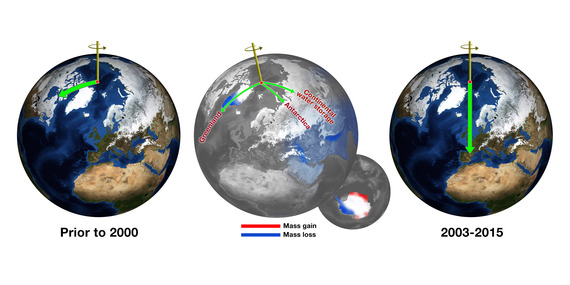 8. Our first radio and television broadcasts have now reached 115 light years from Earth zooming past stars we now know have planets orbiting them, perhaps like our own. The signals will be too weak to detect, which is just as well because the first live television broadcast was the 1936 Berlin Olympic Games presided over by Adolf Hitler. 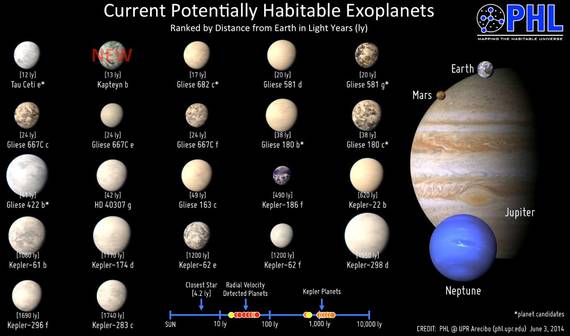 9. All recorded history - from agriculture to our global civilization - happened in the Holocene. This is what geologists call the last 11,700 years since the end of the ice age. The Holocene's climate has been remarkably stable, going up or down no more than about 1°C. In 2000, Nobel prize-winning chemist Paul Crutzen looked at the evidence (the Great Acceleration) and declared Earth is no longer in the Holocene. He was at a loss for words for what we were in before deducing the "Anthropocene". (The link is to Crutzen's first article on the idea.)

10. As a scientific concept, the Anthropocene is as significant as Copernicus' discovery that Earth orbits the sun and Darwin's evolution.

11. In 2014, the Oxford English Dictionary (OED) included the word "Anthropocene" for the first time. Other notable additions that year included "hashtag" and "wardrobe malfunction". But geologists aren't as wildly impulsive as the OED. The decision rests with the International Commission on Stratigraphy, which is the largest and oldest bit of the International Union of Geological Sciences created in 1961. In 2009, the commission set up an Anthropocene Working Group to investigate whether the evidence warrants a new epoch. The group has met a few times, published some papers in academic journals and now they've taken a vote and, yes, according to them, we are in the Anthropocene.

12. Enough with the "We". Who is this "We" anyway? Good point. Some are driving this change more than others. Historically, we cannot disentangle this enormous growth from the European empires, slavery, resource exploitation, globalization and inequality. "Our" most significant impacts, known as the Great Acceleration, occurred in the last half of the 20th Century - driven by wealthy nations. Some say the Anthropocene really the Capitalocene? It has also been called the Eurocene, the Manthropocene, the Misanthropocene or even the Obscene. 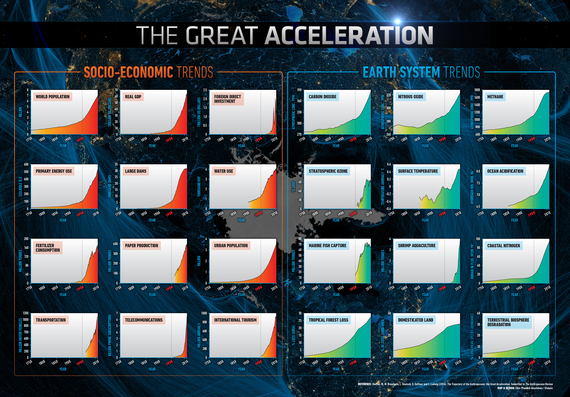 13. The precise moment Earth entered the Anthropocene, according to some, may be determined with pinpoint accuracy: 16 July 1945 05:29:45 am (local time) - when first atomic bomb was detonated in a remote corner on the Alamagordo Bombing Range known as the Jornada del Muerto, or "Journey of Death," 340 kilometres south of Los Alamos in New Mexico, United States. This detonation released radioactive material into the atmosphere that will leave traces in rocks for millions of years. Anyone born after this date will never have lived in the Holocene. This seems a reasonable marker for future geologists and the Anthropocene Working Group is making the case that the 1950s mark a turning point in the trajectory of the Earth system. But not everyone agrees - some think 1964 makes more sense, just after the atmospheric test ban on nuclear weapons when atmospheric radiation levels peaked. And yet others say the dawn of agriculture marks the start, or maybe even 1610 when the collision between old world and new reached its most destructive height. Whichever date is picked, it will be politically, economically and culturally loaded.

14. Can we navigate the Anthropocene? There's room for optimism: we've reached peak child - birthrate is no longer rising, the ozone hole has stabilised and looks likely to recover, and in 2015 emissions growth of greenhouse gases seems to have stalled. Now we have the Paris Agreement on climate change to stabilise the climate well below 2°C. We have about 30 years, or one generation, to go from peak emissions of greenhouse gases to more or less zero. And the rest: we need to protect forests, halt biodiversity, use fertilisers more effectively and protect our oceans, ice sheets, atmosphere, land and diversity of life. 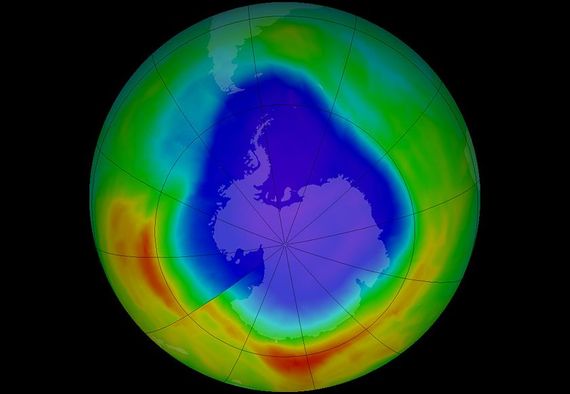 15. The remaining carbon budget for humanity to reduce risk of very dangerous climate change will run out in couple of decades. This is not a budget for the next few decades or centuries. It is the budget for humanity's remaining time on Earth. Subsidies to the fossil fuel industry are essentially crowd-sourcing catastrophe.

Members of the Anthropocene Working Group discussed their conclusions at the 35th International Geological Congress in Cape Town 27-4 September 2016.

Or, The Trajectory of the Anthropocene: the Great Acceleration (2015)