1504, a multimedia studio led by Tyler Jones, Nick Michael, and Mark Slagle, recently took some time to create a short documentary that explores race, urban development, and one of the largest murals in the country. Their film, America's Boulevard, follows the creation of the 42,179 square foot mural on MLK Boulevard in Chattanooga, Tennessee.

1504 chose to follow the story of this mural in Chattanooga, knowing that it would resonate with people of a broader audience. "We knew that most people could relate to living in a city with a road named after Dr. Martin Luther King Jr.," says Tyler Jones of 1504, "and we hoped to use the mural process as a lens for telling a broader story about a community trying to preserve its memory." 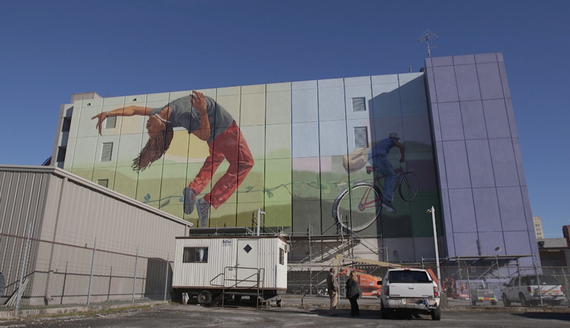 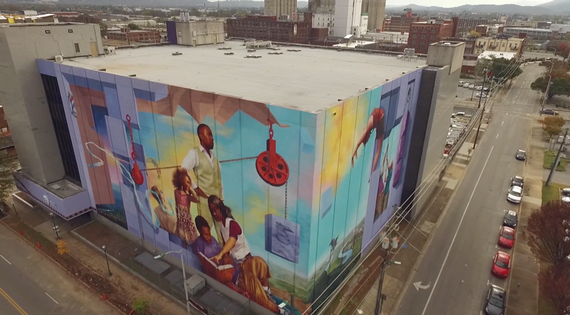 We were interested in the role that public art can play in community development, especially when it encourages a dialogue about race and socioeconomic issues. Similar to the mural itself, one of our goals with the film was to explore how urban neighborhoods may retain their historical identities despite evolving with new residents.

Take a look at an abridged clip from America's Boulevard:

At the start of the project, 1504 visited the artist, Meg Saligman, at her studio in Philadelphia to get some context and background on her design work. From there, they visited Chattanooga once a month for nine months, the duration of the mural's creation. Wanting to grapple with the issues of gentrification and race in a way that offered a range of voices rather than promoted any one, they composed the video with interviews with many locals who had unique perspectives on the mural and the neighborhood. "Hopefully their voices stand out and, as a collection, provide an honest glimpse into this moment in time," says Tyler.

America's Boulevard premiered at the Chattanooga Film Festival in April, and the team at 1504 is looking forward to seeing how it will impact wider audiences and start conversations moving forward. 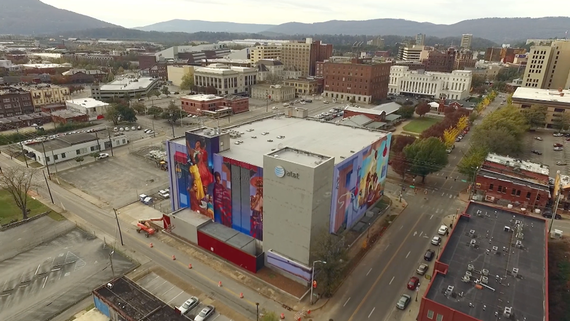