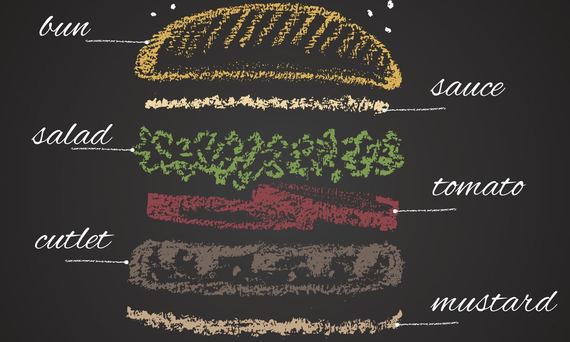 There is no such thing as cheap food.

Industrial agriculture is externalizing the environmental and health costs associated with food production. Worldwide, 75 billion tons of soil is lost every year, costing approximately US$400 billion per year, or about US$70 per person, per year, according to the U.N. Food and Agriculture Organization (FAO). And the McKinsey Global Institute estimates that approximately 30 percent of the global population is overweight or obese, with the global economic impact amounting to roughly US$2 trillion annually, or 2.8 percent of global GDP.

These environmental and health costs are not reflected in market prices for food, but rather, absorbed by people who suffer from diet-related diseases and citizens who pay for environmental cleanup.

In order to create sustainable food systems, producers, eaters, businesses, governments, and the funding and donor communities must understand how to quantify and understand the real costs of food. True Cost Accounting (TCA) is a method of better aligning externalized costs of production with end-product values.

Many organizations are working to develop better models for true cost accounting. But it's not only research organizations and economic analysts that are working to account for the externalized social and environmental costs of food production. Many campaigns and grassroots organizations are calling on food and agriculture corporations to fight injustice and environmental degradation around the world. These activists are taking to the streets (and social media) to make changes that account for the true costs of cheap food.

YOU can get involved by taking action to support these important campaigns. Follow these organizations on social media to stay informed on TCA:

AFSA is a collaboration of organizations working for a food system that protects workers and health from paddock to plate. The organization is standing with Fair Food Australia to target grocery chains that externalize social and environmental costs in Australia. Sign the petition HERE to demand that Coles and Woolworths protect workers throughout the food supply chain.

Center for A Livable Future

The Center for a Livable Future at the John Hopkins University Bloomberg School of Public Health works to analyze the relationship between food production, the environment, and public health. Based on its research of sub-therapeutic antibiotics used in animal production, the center advocates for preserving important antibiotics for medical treatment. According to the Centers for Disease Control and Prevention (CDC), excess healthcare costs in the U.S. from antibiotic resistance are estimated at US$20 billion annually. Sign the petition HERE to phase out antibiotics from agriculture, reducing the externalized public health costs of industrial animal production.

Center for Science in the Public Interest (CSPI)

According to the American Diabetes Association, the total cost of diabetes in the United States rose to US$245 billion in 2012 from US$174 billion in 2007. Those who regularly drink soda and other sugary beverages are 26 percent more likely to develop type 2 diabetes, so CSPI is working to account for the true cost of cheap soda by advocating for locally appropriate sugary drink taxes. Take action HERE to protect public health and support a tax on sugar-sweetened beverages in New York.

Conservation International is working to protect the Amazon rainforest as deforestation, climate change, and increasing global energy demand place enormous pressure on ecologically sensitive areas. According to Pavan Sukhdev of The Economics of Ecosystems and Biodiversity (TEEB), the true costs of cattle ranching in South America are actually 18 times higher than revealed by market prices. Protect an acre of rainforestthrough Conservation International and pledge to protect the planet.

The global cost of obesity has climbed to US$2 trillion per year, according to a report by the McKinsey Global Institute. The fast food industry has continuously increased portion sizes (and thereby, calories) and used aggressive marketing to corner new markets and undermine more nutritious global markets. Corporate Accountability International and Food Mythbusters are calling on McDonald's CEO Don Thompson to shut down HappyMeal.com, a website that targets young children to hook them on the McDonald's brand. Sign the letter HERE.

The Coalition of Immokalee Workers (CIW), a worker-driven human rights organization, created the Fair Food Program to certify standards that protect farmworkers who historically have faced wage theft, abuse, and modern-day slavery in the fields. Between January 2011 and October 2014, participating buyers paid US$15 million of Fair Food premiums to ensure worker protections and prevent produce from being sold at artificially low prices that depended on deplorable labor conditions. With several major victories under its belt, the CIW is now calling on Wendy's and Publix to join the Fair Food Program and respect farmworker dignity. Take action HERE to support the campaigns and account for the social costs of agricultural commodities.

#Fightfor15 is a national campaign working for a US$15 minimum wage and a union for workers in the fast food industry. According to the campaign, two-thirds of fast food workers are supporting a family on average yearly wages of US$16,920. Moreover, 52 percent of fast food workers receive public assistance such as food stamps and Temporary Assistance for Needy Families, compared to 25 percent of families in the entire workforce, according to a study by the University of California-Berkeley Labor Center. Sign NOW to support the New York' Wage Board's recommendation to raise the minimum wage to US$15 an hour for fast food workers.

The Food Chain Workers Alliance is calling on Walmart to comply with the corporation's own labor and environmental standards, and to reign in externalized costs throughout its sprawling supply chains. Despite Walmart's 2010 commitment to reduce greenhouse gas emissions by 20 million metric tons by 2015, the corporation was only at 38 percent of its stated goal in March, according to a recent report by the alliance. The publication details steps in the right direction and leaves a huge amount of room for improvement in both labor and environmental standards. Sign HERE to take a stand with the Food Chain Workers Alliance and tell Walmart to pay fair wages, account for environmental costs throughout supply chains, phase out antibiotics in animal production, and ensure fair prices for farmers and food producers.

A project of the FAO, Food Wastage Footprint focuses on true accounting for the financial costs of food waste. When including the environmental and social impacts of food waste, the global cost has been estimated at about US$2.6 trillion per year. Watch the video on food wastage costs HERE.

Friends of the Earth International

Friends of the Earth, an international grassroots environmental network, is calling on companies and policymakers to recognize the value of insect pollination to agriculture and to restrict neonicotinoid pesticides that kill bees and other insects. Ecosystem services that include insect pollination are not typically valued in the market prices of agricultural products, and one study found that their value could exceed the input costs of fertilizers and pesticides even if adopted on only 10 percent of cropland around the world. Take action HERE to call on the CEOs of True Value and Ace Hardware to stop selling neonicotinoids and recognize the true economic value of insect pollination.

La Via Campesina, an international peasant-led movement, is standing with the European Milk Board to jointly call for immediate recognition of a crisis in the European dairy sector and implementation of preventative measures. Trade liberalization in the EU has caused prices to drop below US$0.30 per liter and cost many farmers their jobs, resulting in collective actions to call for emergency quotas.

The Asia Pacific chapter of the international PAN is working to phase out Highly Hazardous Pesticides (HHPs) that harm people, farm animals, and wildlife. Globally, health costs of pesticide application are estimated to be US$1.1 billion per year. Take action HERE to call on governments and industry leaders to phase out HHPs in Asia and the Pacific and adopt ecological pest control to account for externalized health costs of pesticide use in agriculture. PAN Asia Pacific is also asserting women's rights through its #NoLandNoLife campaign.

Oceana's campaign to stop seafood fraud aims to educate consumers about the true availability of seafood. The nonprofit organization reports that illegal fishing causes losses of US$10-23 billion annually. And 20-32 percent of wild-caught seafood imported into the U.S. actually comes from pirate fishing that devastates marine ecosystems and costs billions of dollars. Take action NOW to help put a stop to seafood fraud.

Palm oil is associated with the deforestation of tropical rainforest in many areas of the world, but the environmental value of palm oil produced using agroforestry can be three times higher than monoculture, according to a study by Trucost, a natural capital accounting firm. UCS is calling on Burger King to adopt strong palm oil sourcing policies that prevent deforestation. Join UCS today by signing the petition HERE.

Join Food Tank in accounting for the true cost of cheap food by taking the pledge HERE! Do you know of other campaigns and organizations that are calling on food corporations to account for their true costs of production? Share them with me at Danielle@foodtank.com. And SHARE THIS LIST with your social network!

by Danielle Nierenberg and Emily Nink