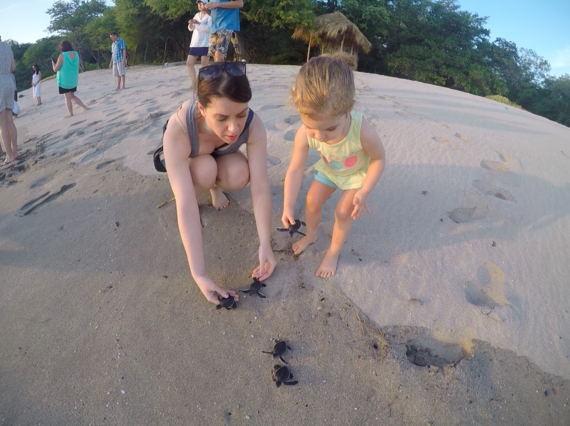 We travel a lot with our daughter. Even though she's only three years old, she's already been to eight countries on three continents and we're always on the lookout for our next family friendly destination. Traveling with a three year old can be a challenge, which is why choosing the right destination is so critically important. Here are 16 reasons we love Nicaragua.

16. Setting Turtles Free
The highlight of our trip was getting to release baby loggerhead sea turtles into the ocean. This unforgettable experience is offered complimentary to guests at Mukul Beach, Golf & Spa and is tied in with the resorts conservation program of these endangered species. Our daughter was so careful handling the baby turtles. They are too cute.

15. It's Just One Flight Away
It depends on where you live of course, but there are non-stop flights to Managua from Dallas, Miami, Atlanta, Los Angeles, Ft Lauderdale and Houston. Even if you don't live in one of these cities, connections are easy and travel time is relatively short, even with a three year old. 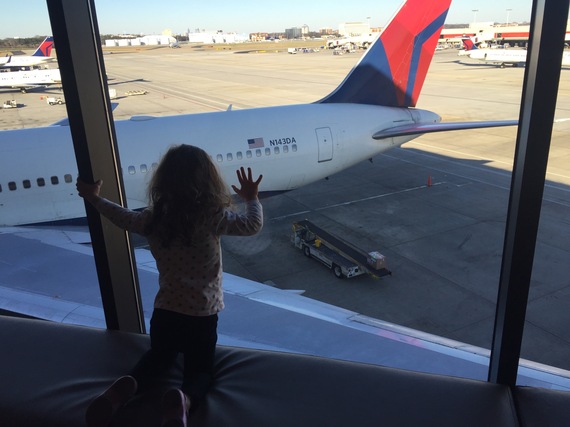 14. Chocolate Making Class
Granada's Choco Museum offers child-friendly classes that teach you how to make delicious chocolate "from bean to bar". Start with cocoa pods, roast and crush the seeds and add your own customized ingredients along the way. You'll leave with a finished chocolate bar and a whole new appreciation for chocolate. 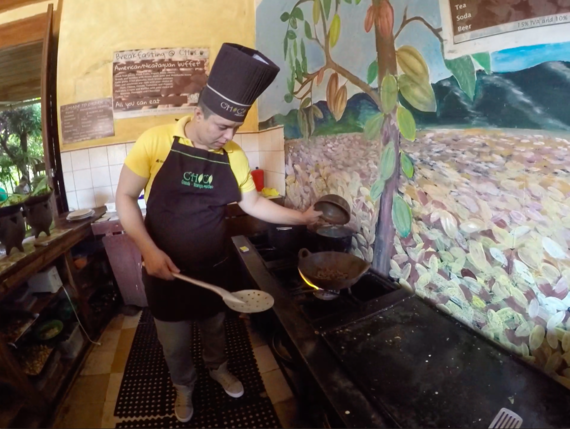 13. The Weather is Always Perfect
It's hot in Nicaragua, especially in Granada where it's in the 80s all the time with not much variation. It is hotter in March and cooler in July. Not what you'd expect. 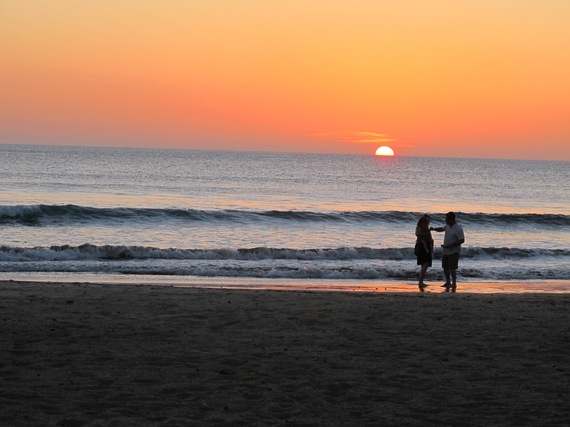 12. The Beaches of the Emerald Coast
The Emerald Coast is a pristine stretch of perfection running along the Pacific north of San Juan del Sur. This area is home to the best resorts in Nicaragua. The crown jewel of them all is Mukul Beach Golf & Spa resort in Guacalito de La Isla, roughly three hours by road from Managua airport. Not only is Mukul beautiful but their kids play area and programs make it the most family friendly resort in Central America. 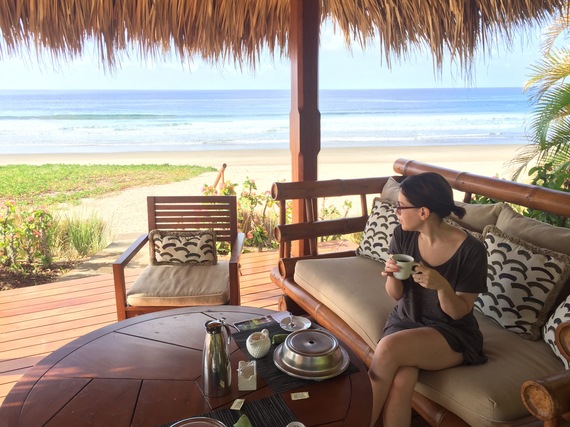 11. No Time Change
Nicaragua is two hours behind US Eastern Standard Time and one hour ahead of Pacific Standard Time. No matter where in the US you're coming from, the time change is manageable and won't lead to sleepless nights and days of jet-lag for the kids. 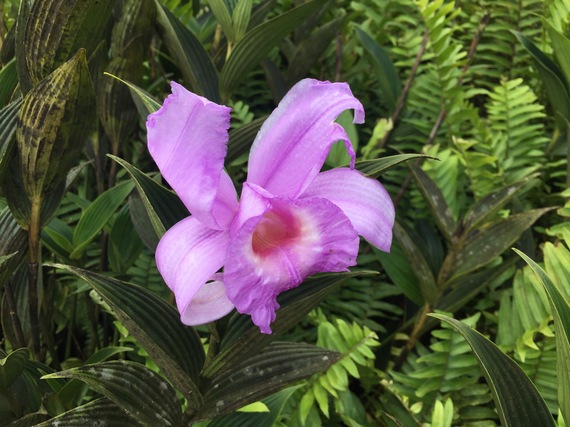 10. Hiking the Mombacho Volcano
The Mombacho Volcano overlooks Granada and Lake Nicaragua and is accessible by just a short car ride to the top. Once at the summit, an easy two hour hike runs around the caldera of the volcano offering stunning views of the city and lake far below. The hike brings you through the Mombacho cloud forest and face to face with hundreds of endemic plant species including the stunning Mombacho orchid. Our three year old had no problem doing the walk entirely by herself and she loved the cool wet climate of the cloud forest. 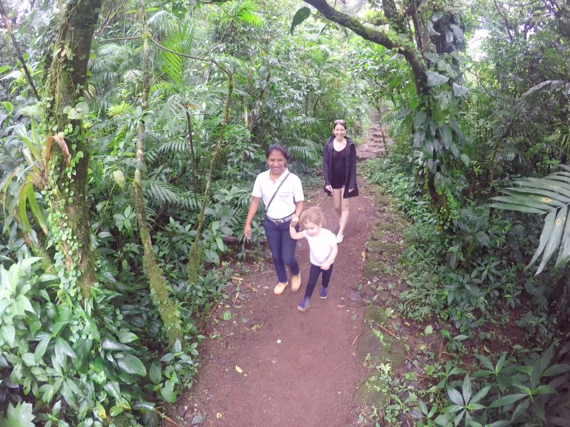 9. Lake Nicaragua
Lake Nicaragua is home to 365 islets, most of which are incredibly accessible from Granada. Hop on a lake tour and you'll get to cruise between the islets, see monkeys and weaver birds up close and spend a fun hour out on the water enjoying nature. If you have more time and your kids are a bit older, hop a ferry to Ometepe Island and experience Nicaragua's volcanic island. 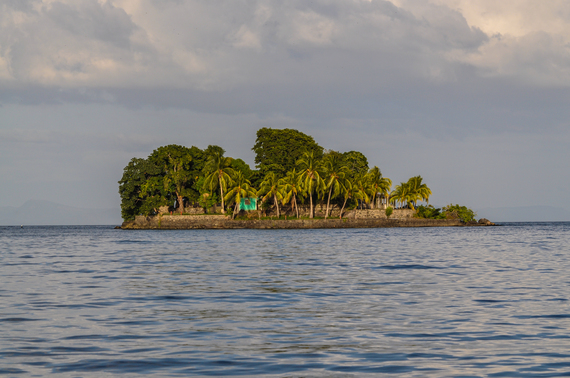 8. Sloths!
Even though sloths are slow, finding them in the wild can be a real challenge. On our hike on Mombacho volcano we searched and searched but they were nowhere to be seen. If you want to definitely see sloths, Berman Gomez is your man. Berman will pick you up in San Juan del Sur and take you to private land that wild sloths call home. Sloth sightings are nearly guaranteed. If you're nice he may even take you to his mother's house afterwards for freshly picked coconuts. 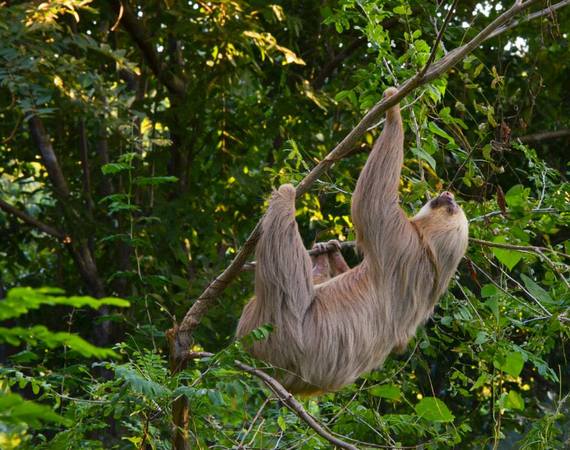 7. Exploring the Active Masaya Volcano
Masaya Volcano is located a half hour's drive from Granada and unlike Mombacho, this volcano is very much active. It's also unique in that it is the only volcano in the western hemisphere that allows you to drive right up to the rim of the caldera. This makes exploring the rim and the smoky caldera extremely accessible. There's no need to hike for hours and if you come at night, you'll see the red glow of liquid magma. 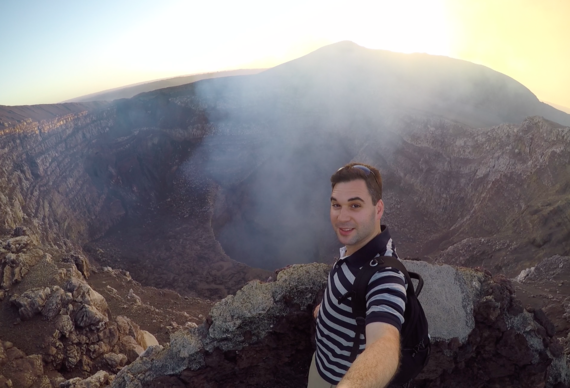 6. Getting Around by Horse & Carriage
Granada was founded in 1542 and is considered one of the first European cities in mainland America. Appropriately, the town maintains some of its colonial feel and maintains a fleet of horse and carriages that are constantly roaming the city. You can negotiate a private tour with any of the carriages in Parque Central and our daughter loved getting to ride in the carriage and watch the clip-clop of the horses. Be sure to negotiate! We let our daughter walk down the line and pick the horse and driver she liked. 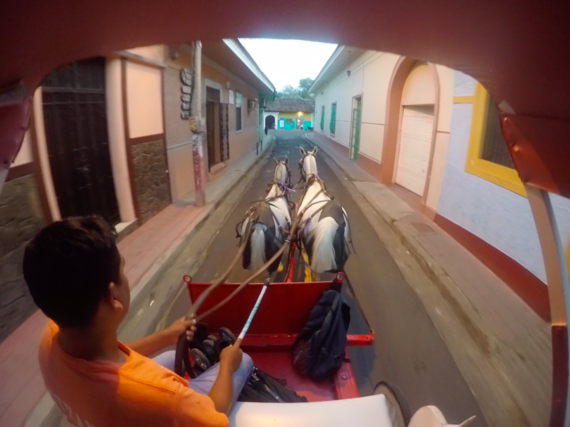 5. Safety
I can't speak for the safety of all of Nicaragua as we spent most of our time in Granada, but we felt nothing but safe everywhere we went. Many times we found ourselves walking back-streets after dark but never did the city seem anything but hospitable and friendly. Whenever we needed help or directions, people were happy to accommodate. 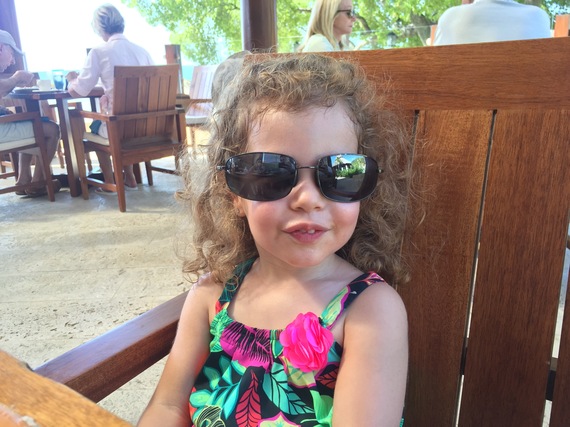 4. Casual Drinking
Like most of Latin America, alcohol is a part of life and in Nicaragua, that alcohol is Flor de Caña rum. This stuff flows like water in every restaurant, coffee shop and bar in town and even comes free in the rooms at Mukul. If you're really into rum, you can tour the Flor de Caña distillery in Chichigalpa. 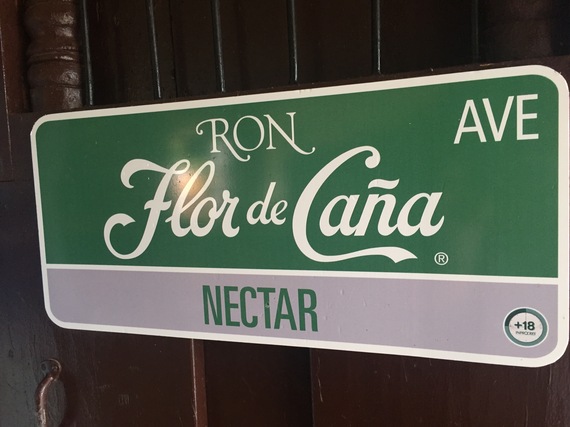 3. Food Everyone Likes
To go with all that rum, Nicaragua has some pretty great food. Nicaraguan food isn't terribly complicated or unfamiliar but the ingredients are of high quality and the flavors delicious. No matter where we went, our daughter had no problem eating whatever we were eating. In Granada, we'd recommend Restaurante El Garaje, El Zaguan, Cafe de los Suenos, Nectar and Sr Tortuga's Spanish Cafe. All these choices are extremely child friendly and absolutely delicious. 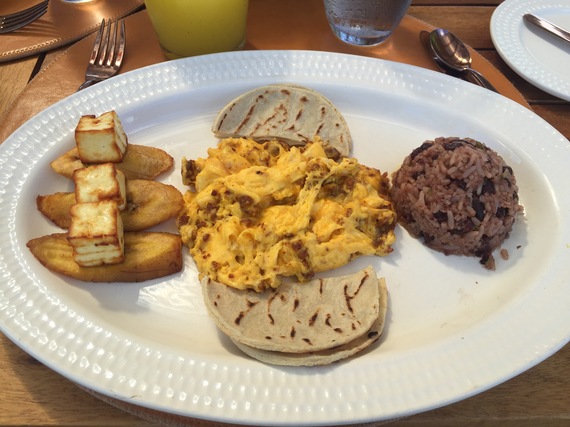 2. Visiting the Bat Cave
If you visit Masaya Volcano, you have to visit the nearby bat cave. We thought for sure this would terrify our daughter but she considers it one of the highlights of our trip. The bat cave is actually a lava tunnel leading away from the Masaya caldera. You enter the cave at night with a hard hat and flashlight and very soon bats are whizzing past your head on all sides. Don't worry, they won't hit you because they fly using sonar and not sight. While walking through the bat tunnel we encountered a giant tarantula on the wall. Our daughter promptly sang "Itsy Bitsy Spider" at the top of her lungs for all to enjoy. Talk about an ice-breaker. 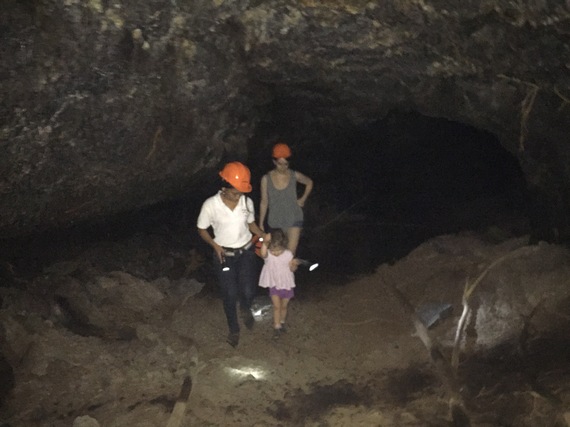 1. Nicaragua (and Latin America in general) is Amazing for Kids
Living in New York City, we're used to being inconvenienced because we have a child. At home, our additional needs are often seen as a nuisance and people are not so nice or accommodating. In Nicaragua (and in Latin America in general), the opposite is true. We have never traveled anywhere that is so overly accommodating to children. Restaurant bathrooms may not have changing tables, but people will go out of your way to help you into a taxi, let you cut the line or help you cross a street. The difference is remarkable! 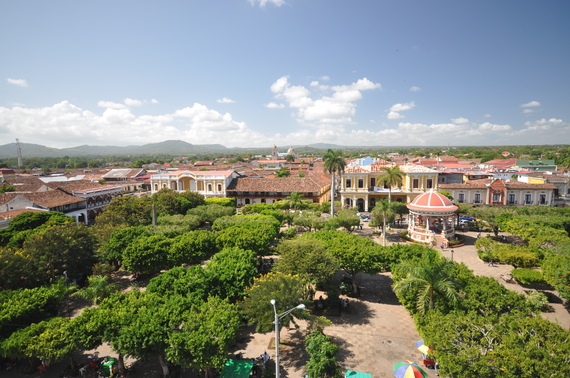 More:
SlothsManaguaChocolategranadaNicaragua
Newsletter Sign Up
An essential daily guide to achieving the good life
Subscribe to our lifestyle email.
Successfully Subscribed!
Realness delivered to your inbox