You could soon live at the most powerful address in the world...sort of.

An apartment complex at 1600 Pennsylvania Avenue Southeast is expected to be completed by 2015, according to Curbed DC. 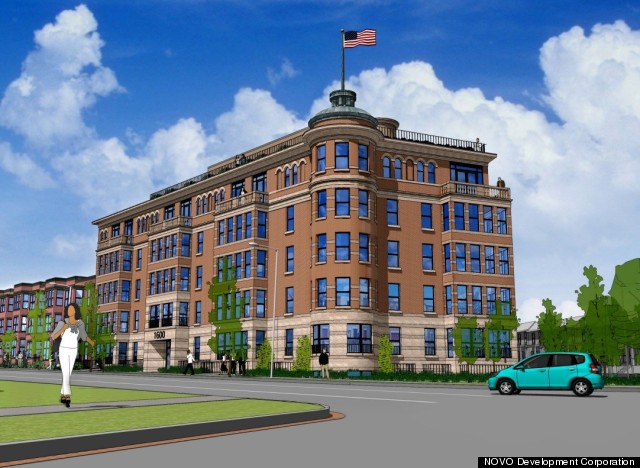 The 77-unit building will boast lower rents than its counterpart in Northwest, but your roommates probably won't be as cool or famous. According to the Washington Post, one-bedroom units will start at $1,200 and two-bedrooms may cost you up to $2,800 a month.

The project, developed by the NOVO Development Corporations, took that famous address into account. "When we purchased the lot, it’s something we eyed,” Greg Selfridge, a partner at NOVO, told the Washington Post.

Currently sitting on the land that NOVO purchased, which is situated right at Barney Circle on the Anacostia River, is a used car lot. But soon -- to the great annoyance of some who currently live in the area -- it will be home to the second-coolest address in Washington, in perfect proximity to a brand new Harris Teeter, which NOVO is building along with the apartment complex, and within walking distance to the Potomac Avenue Metro.

And while the building should have views of the riverfront, it does not come with any Secret Service detail. Darn.