They're one of the first things we put on in the morning and the first we take off at night (or more accurately, as soon as we get home). True life: Bras are the worst.

But they don't have to be. Read on for our top bra picks that solve a handful of your underpinning grievances.

Related: The Genius Trick For Washing Your Bra

The Bra That Actually Stays on Your Shoulders
Balconette and plunge bras tend to have wider-set straps, so if you have narrow or sloping shoulders, these styles can exacerbate slippery-strap syndrome. Instead, look for racer-back styles, like this lacy front-close number. Where to get it. 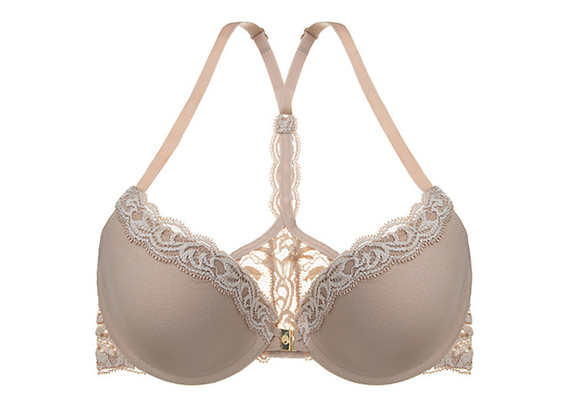 The Bra That Stops the Digging
A good rule of thumb: A well-fitting bra should sit flat in the gore (the center connecting piece of the bra). If it's too wide for your chest, the gore will buckle or push out, which could cause the underwire to dig in over time. Always make sure the gore is right up against your sternum. If it's not, then go up a cup size until it does. If you have close-set breasts, look for a narrow gore with minimal separation. Where to get it. 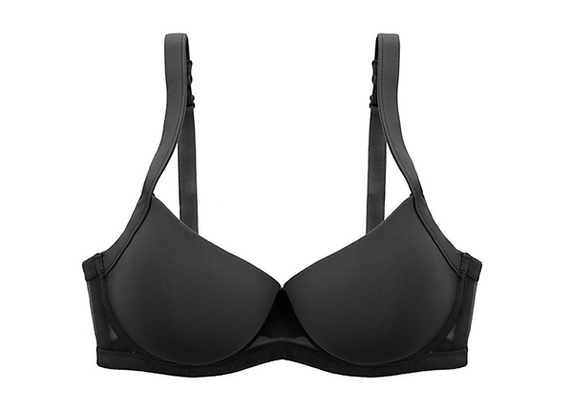 The Bra That Helps with Back Bulge
The catch-22: You need support from the band, but that back bulge? No thanks. Look for bras in smooth, stretchy fabrics that will support you without digging in. Soma's Vanishing Back bra is one of our favorites, and it's available in cups B to DDD. Where to get it. 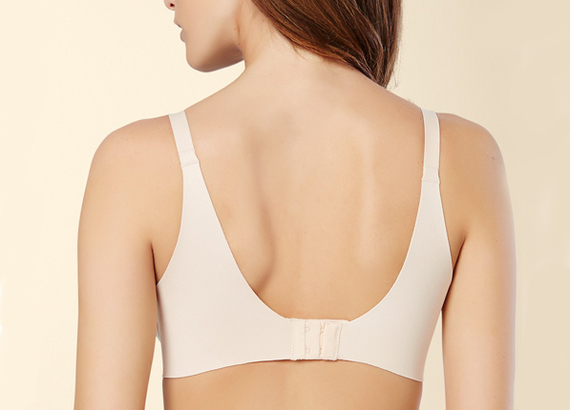 The Bra That Prevents Side Spillage
Simply put, spillage happens for one of two reasons: Your bra is too small, or your breasts are "splayed" (meaning they are separated and fall outward, creating a triangular shape). The best bra to prevent this problem is, not surprisingly, a triangle shape that works with the natural curves of your chest. A bra with an underwire or strong elastic will also help bring the gang back together. Where to get it. 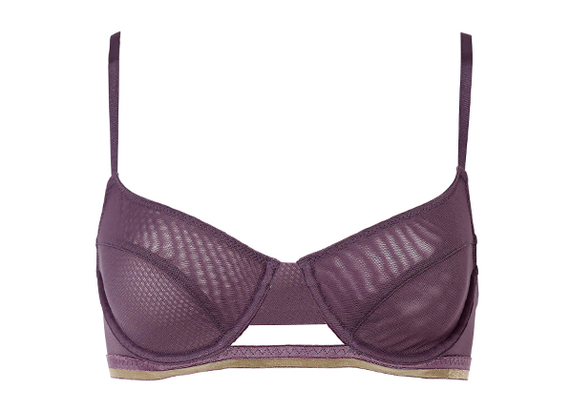 The Bra for Boobs in a Long-Distance Relationship
Much like ladies with splayed breasts, women with wide-set chests (your breasts are more than three fingers apart) should try a push-up or full-coverage bra with supportive side wings. The balconette is a good choice because it brings your breasts together. Whether the cups are unlined or have foam, this bra style will help you get a decent amount of cleavage. Where to get it. 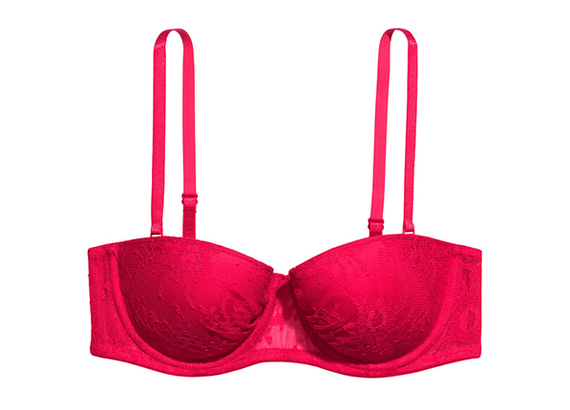 The Sports Bra for Women Who Need Support
This one is a lot harder to find than it seems. Luckily, we pulled out the big guns (i.e., we got help from our local running store) and came out with a bra that actually makes us want to train for a 5-K. This baby sucks you in like no other, keeps you cool with a mesh back and comes with adjustable straps for the days when you need an extra boost. And--bonus--it's surprisingly easy to get on. Where to get it. 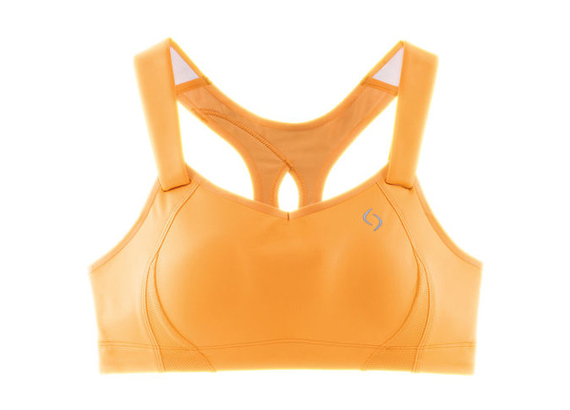 The Sports Bra for Women Who Don't
Even if you're small chested you still need some support while working out (in fact, you could end up doing serious damage if you forgo a sports bra). Beyond Yoga's Adapt and Adore racerback bra happens to be one of the softest materials we've ever touched, and it comes with thin straps and removable pads so it feels like we're wearing a really comfy T-shirt instead of a bulky bra. Where to get it. 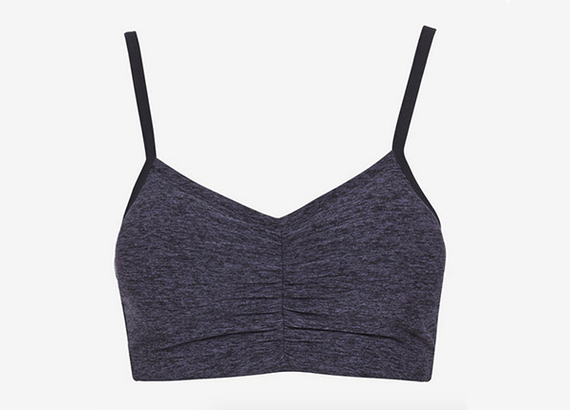 The Bra That Works Like an Underwire...but Isn't
Ladies, meet the contour bra. Often confused with the push-up, the contour bra is the push-up's more refined and conservative sister. It has molded cups (unlined and designed to hold their shape without underwire), but it has zero intent of creating amped-up cleavage. Instead, it gently shapes smaller breasts and sculpts a larger chest without adding any bulky padding. Where to get it. 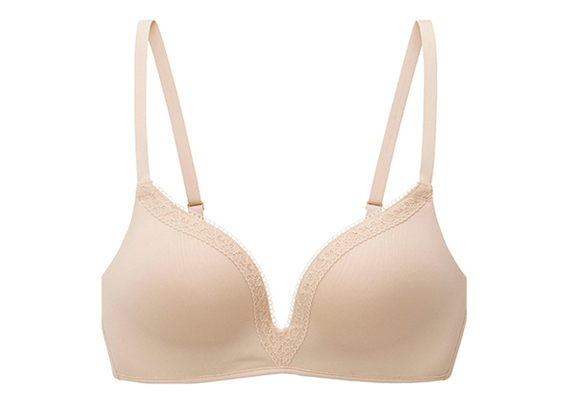 The Bra to Wear Under a T-Shirt
Isn't it funny that a simple T-shirt can unveil all the ill-fitting issues of your current bra? In fact, a T-shirt bra might be the most important one in your entire wardrobe, as it's tasked with molding seamlessly to your body. While the contour bra (shown above) works well in this capacity, we also really like this version from True & Co. It has a hidden silicone wire (much softer than an underwire) and is perfect for everyday wear. Where to get it. 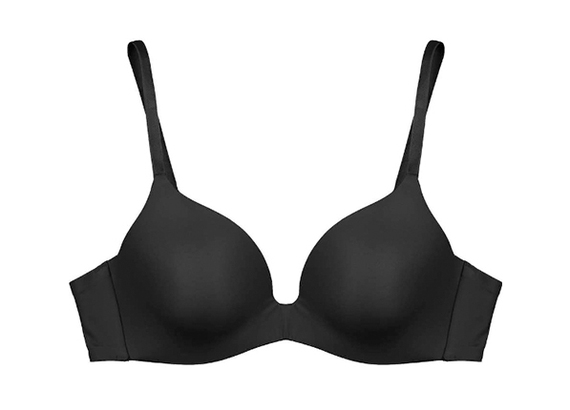 The Bra That Turns Your B Cups into D Cups
So you're actually looking for a little oomph, eh? Look no further than Calvin Klein's Perfectly Fit collection. It provides lift and lace with just the right measure of sexy. Where to get it.

Related: Proof That Jumpsuits Work On Any Body Type 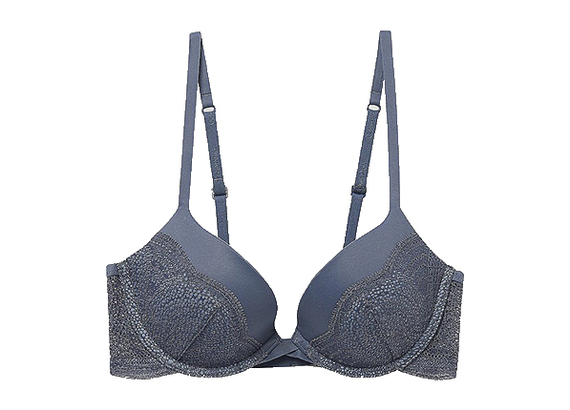 The Bra That Turns Your D Cups into B Cups
OK, not exactly. But this bust minimizer (which Oprah swears by) helps keep your girls in check. A minimizing bra is a must in the shape-wear arsenal of big-breasted women as it creates a perfectly smooth silhouette, giving you the ability to wear whatever you please (with reasonably sized straps, that is). Where to get it. 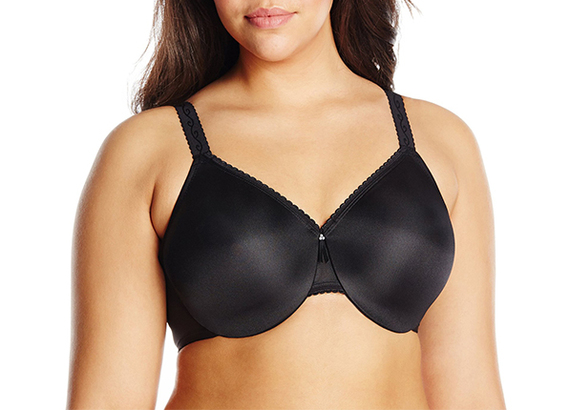 The Bra for Nursing
Any woman who has nursed a newborn knows how difficult it is to keep up with her body's changing shape. This bra has removable foam inserts so you're in control of your curves (and nipple discretion), and the easy-to-open strap clips make for a fairly seamless transition. Where to get it. 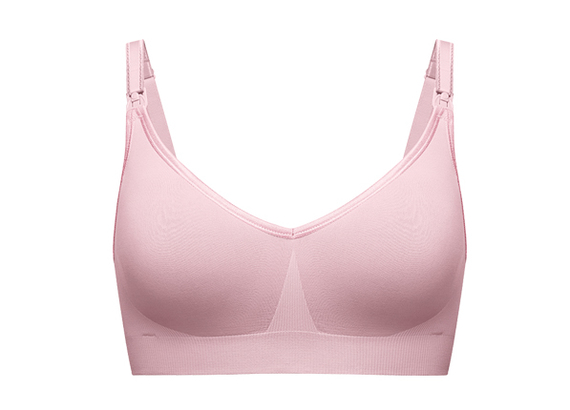 The Bra for Those Who Hate Wearing a Bra
Behold, Negative Underwear. This company is a cheerleader for the small-breasted set, and their LWB (little white bra) is the epitome of sassy with its second-skin python print. Where to get it. 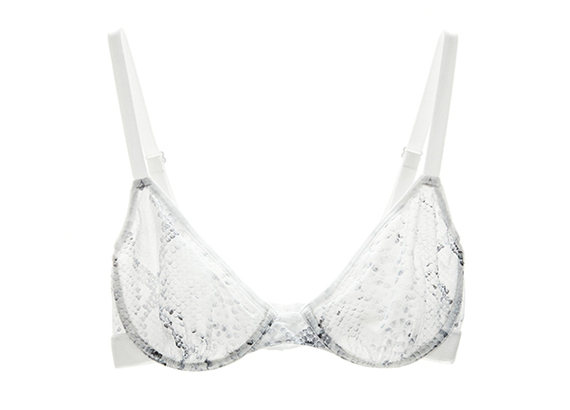 The Bra for Those Who Hate Wearing a Bra (and Spending Money)
These little cotton numbers cost under $15 and work like a charm. Just be sure to ditch them as soon as they've lost their elasticity. Where to get it. 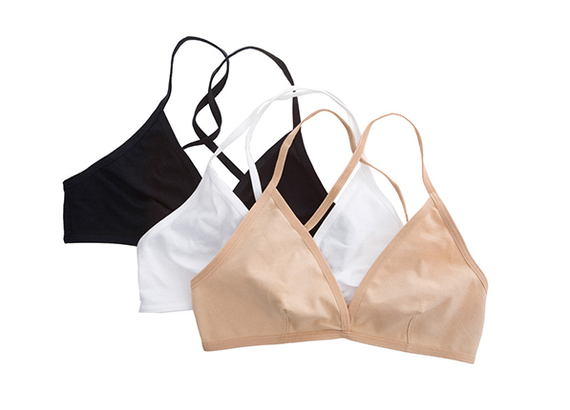 The Strapless Bra for Small Breasts
The number one rule of strapless bras: Once you find one that fits you perfectly, make sure you buy it in both black and nude. Enter Aerie. This bra is lined with rubber on the inside to prevent awkward public readjustments and comes with two sets of straps in case you want to convert it to a regular style. Where to get it. 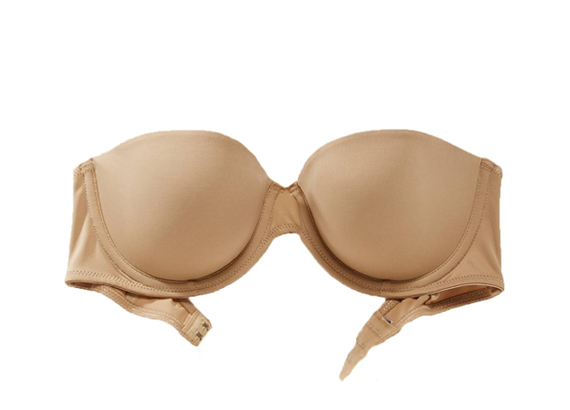 The Strapless Bra for Large Breasts
You ain't goin' nowhere in this thing. With a thick (yet smooth) band that tightly hugs your torso and "highly engineered" cups, this Spanx bra fits so well you'll forget you're even wearing it. How many times have you been able to say that? Where to get it. 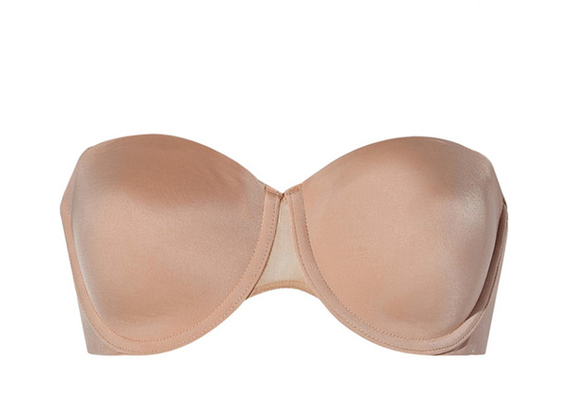 The Bra for Two Uneven Gals
First things first: Always fit your bras to your larger breast. Next, look for bras that are contour-cupped. A bra cup with a thin layer of foam can act as a nice filler to mold the smallness of your other breast. For complete adjustability, chose a bra with inserts. This one from ThirdLove features removable pads so that (finally) you can control the cleavage. Where to get it.

Underwear Under $30
More:
bra problems Stylehplifestylebrashacks
Newsletter Sign Up
An essential daily guide to achieving the good life
Subscribe to our lifestyle email.
Successfully Subscribed!
Realness delivered to your inbox