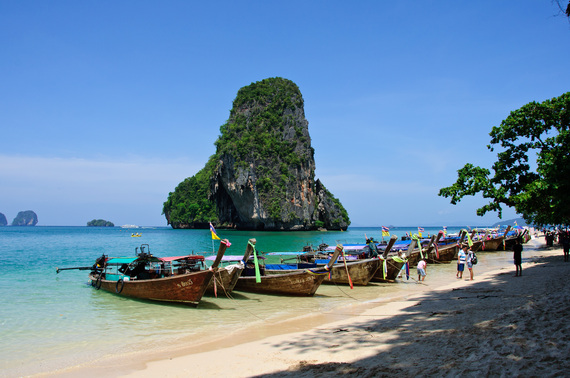 A friend of ours is making his first trip to Southeast Asia this year. He will be visiting Thailand, Cambodia, and Vietnam. He's lived in Mexico for several years, so he's a seasoned expat, but he has never ventured beyond the Western Hemisphere. We want his trip to be successful in every way, so we wrote a list of tips that might help him. We thought they might help you, too...

#1: Don't underestimate the jet lag. When you arrive in Southeast Asia, you'll have flipped about 180 degrees on time, a good 50 degrees Fahrenheit in temperature, and about 50% (or more) in humidity. It takes about one day to recover from each hour of time change, so you'll feel a bit foggy for several days. The first two or three days will be the hardest. Don't expect to accomplish a great deal on your first day.

#2: Try to pick up a little local yogurt soon after you arrive. You'll probably get sick within a week of arriving. It's normal, and it will pass. It's just your body getting used to being exposed to a lot of unfamiliar stuff.

#3: Eat at busy places. The locals know the best restaurants. 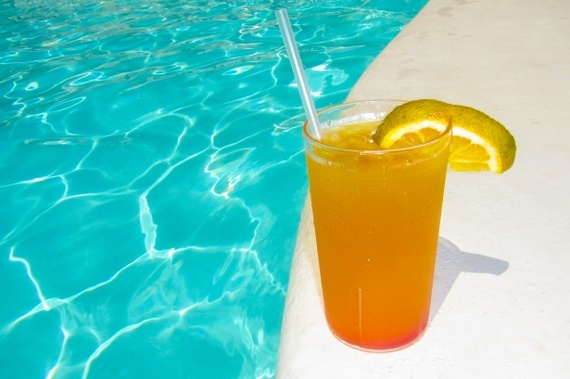 #4: If you are served a beverage with ice in a restaurant, it is generally fine to drink it. It's been purified. If it wasn't, they wouldn't serve it to you. Enjoy discovering new foods without worry, as the quality is usually quite good.

#5: Watch out for "copies." Genuine Rolex watches and North Face backpacks never cost US$20. If a vendor says that an English-language DVD, book or an inexpensive iPhone is not a copy but is "made in Vietnam" (or Thailand or Malaysia, etc.), it is probably a copy. If the photos and maps in the guidebook at the bookstore are in faded black and white, it's a copy.

#6: Refunds are rarely given for anything. Once the money leaves your hands, even if just for a moment, it's gone. 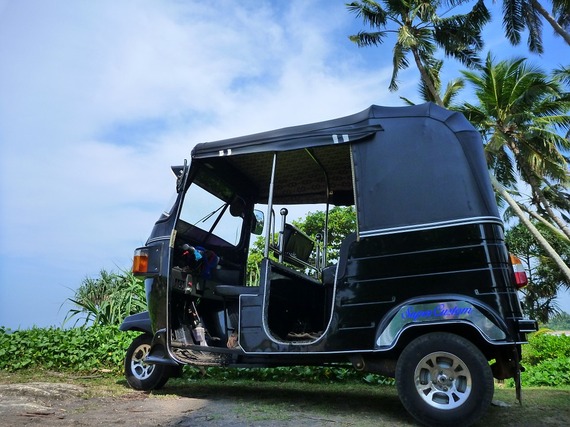 #8: Never get into a tuk-tuk, taxi, or songthaew without agreeing on a price (or the meter in the case of a taxi). When possible, ask a local first how much the fare should be, so you know if you're being overcharged. When we were in Chiang Mai last month, we negotiated the fare from the train station into the city with a songthaew driver. The price quickly went from 200 to 40 baht because we knew that it wasn't far and the driver realized we knew the city.

#9: Never agree to purchase anything without knowing the price beforehand.

#10: Use humor and smiles to defuse disagreements. Arguing will get you nowhere.

#11: Make sure that you carry DEET-based mosquito repellant. You don't want to bring back a case of dengue fever for a souvenir.

#12: Strangers don't want to be your best friend unless they want something from you. This holds true throughout Southeast Asia. If a local person seems overly friendly or helpful, be polite but don't accept the help. A friend of mine was in a pharmacy in Hanoi recently, and a helpful stranger insisted on translating for her, which was a tip-off right away, as the pharmacist spoke English and she spoke enough Vietnamese to complete the transaction. She was quoted a high price for the medication, so she went to a different pharmacy with no "helpful strangers" nearby and ended up paying less than half of the originally quoted price.

#13: Never trust a woman who tells you that she loves you before she learns your name. (This might be good advice anywhere in the world.)

#14: Carry toilet paper or tissue paper wherever you go. Besides being necessary in public bathrooms, it can also substitute for a napkin, something that is often not supplied in restaurants. 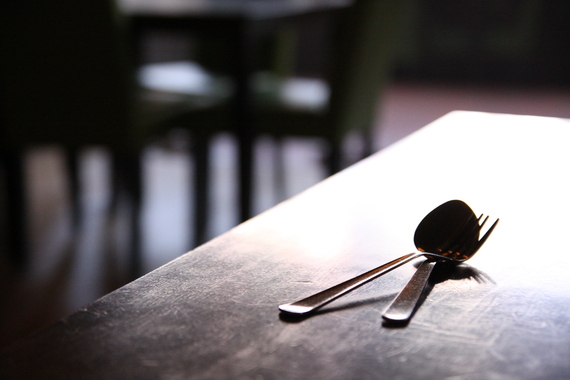 #15: In Thailand, meals are served with a fork and tablespoon. The spoon holds the food and goes into your mouth. The fork is used only to push food onto the spoon. It's considered rude to put a fork in your mouth. When in doubt, mimic what other diners are doing and you'll be fine.

#16: In Vietnam, food is eaten with chopsticks. Soup comes with chopsticks and a spoon. Coffee is often served accompanied by a small glass of tea (the tea is free). However, if you are given a wet wipe in a sealed package or a dish of peanuts, this is usually added to your bill, even though you didn't request it. These items are generally very inexpensive, but, if you don't want any extras, just hand them back to the server and make sure that they aren't added to your check.

#17: Beef means red meat, and chicken means bird. Fish can be anything from anchovies or carp to grouper or cod. Pork means pig meat. If you really want to know what you're being served, order pork. Otherwise, you may end up with some kind of red meat that definitely doesn't taste like cow or be served chicken legs that came from a "chicken" of monstrous proportions ("That chicken!" they will assure you.)

Coming to this part of the world, you'll have to make adjustments initially, but it's amazing how quickly everything that at first appears foreign will come to seem normal.

What To Do In Siem Reap, Cambodia