On a global scale, this past year was deeply disturbing. (Someone even made a horror film trailer about 2016 — and it’s terrifyingly real.) But on an individual level, everyone had vastly different experiences over the last 12 months. For some, 2016 may have been a good year ― even a great one. For others, it was a year of personal nightmares I can’t even imagine.

For me, the past 12 months weren’t the worst, but they weren’t the best. I quit a job I loved and moved out of a city I called home for over 6 years, which was one of the hardest things I’ve ever had to do. But one nice part about this time of year is our ability to figuratively hit reset. So in the spirit of moving forward, here are a few things I plan to leave behind in the dust of 2016 for a better, brighter 2017.

Sure, I wish I did some things differently ― making a career move, staying in a relationship too long, “wasting” time. But as a wise friend once told me, there are no such thing as regrets. You learn from every single experience, even it takes some time to realize it. So I’m over having regrets ― and ready to consider them life lessons instead.

Whether it’s your parent, your boss, or a friend, it’s so easy to point to another person as the cause of whatever sh*tty situation you’re in. But, as many a self-help guru will tell you, you are 100% responsible for your life. That’s the only way you can move forward, not back. Understanding this was a huge relief for me, and I plan on accepting responsibility for all of my actions and outcomes — both good and bad — in 2017.

From painting to photography to creative writing, I’ve dabbled in each over the years, but nothing ever really stuck. I want this to be the year I unleash my creativity and stop letting other “priorities” take up my free time. I’ve already signed up for a photography course (plus I’m writing this) so I think I’m off to a good start.

4. Being Too Hard on Myself

I was just talking to a (younger) friend who told me she wished she were further along in her career. And this is someone who’s had multiple promotions at work and networks like a champ. It was sad to hear her say that, but I’ve definitely said it before too, even though I’m doing just fine. A successful career is a marathon, not a sprint, and I’m going to try to keep that in mind in 2017.

My tumultuous relationship with alcohol is a topic I’ve written about before, but since I’m still here, and still drinking, I have take #2 to heart and start owning my actions. No one’s pouring wine down my throat. I need to remember that I have just as much fun -- actually, much more -- after two drinks as I do after five.

6. Eating Too Much Sugar

As a health writer, I know how bad sweets are for your body. Sugar is highly inflammatory, raises insulin levels, and is linked to a host of health issues like heart disease and cancer -- not to mention weight gain. Yes, candy and cookies taste amazing, but I’ve given them up (briefly) before and I know life is just as sweet without them. 2017 will be the year I tame my sweet tooth, for good.

7. Believing I’d Be Happier Somewhere Else

I admit: I’ve fallen victim to the grass-is-always-greener syndrome. When I lived in New York City, I would daydream about living somewhere warmer and easier; now that I moved, I’ve caught myself wishing I could be back in New York. Even though I inherently know it, I have to remind myself happiness truly comes from within ― not from living in a certain city. Life can be joyful and fulfilling, no matter if you’re in Michigan or Montana or Miami.

For me, the “good old days” were my early 20s: I had just moved to New York; I had a great group of friends to explore the new city with; and none of us were tied down. But as much as I loved that free-spirited time of my life, I know I wouldn’t actually want to re-live it. There was also a lot of uncertainty back then ― and not a lot of money. Instead of wishing things could go back to how they were, I’m going to try to focus on making the present even better than the past.

If social media isn’t destroying our happiness, I’d say it’s diminishing it ― drastically. I’m 28 years old, and I still catch myself on LinkedIn or Instagram, thinking, God, I wish I had her career path, or, Damn, that couple always takes the most fantastic vacations. But do you think they’d post about missed deadlines at work or blowout arguments with their partner? Well, would you? Hell no.

You’ve heard it before, but I’ll say it again for my own sake: No one knows what’s going on behind those filters. No one knows what their relationship is really like or what they deal with every day at work. So stop thinking everyone else’s life is perfect. I’m 99.9% sure it’s not.

I’m setting a limit of five minutes, twice per day, to check my Instagram / Snapchat / Facebook feeds. I hate when I realize I wasted 30 minutes (or more) on the social apps on my phone. Thousands of experts and articles have dissected our obsession with social media, so I don’t need to do it here, but for the sake of my sanity — and productivity — I know I need to limit it.

I recently wrote another piece about the importance of learning to be patient in our on-demand age. It’s definitely a work in progress for me, but if I can leave my “I want everything and I want it NOW” attitude behind in 2016, this next year is going to be a lot better.

Outside of work, here’s what took up most of my time in 2016: hanging out with friends, dating, running errands, sleeping in, working out, cooking, eating, and watching Netflix. No, they’re not huge time-wasters, but a lot of my “must-do’s” were merely excuses as to why I couldn’t start writing my novel / read more books / launch a blog. In 2017, I plan to schedule my priorities and practice better time management skills so this will be the year of making sh*t happen ― instead of making excuses.

13. Complaining About Things I Can Control

There’s a fine line between constructive complaints and out-of-control venting. Sometimes I just need to get something off my chest (thanks for listening, Mom!). But other times, I feel myself get stuck in a cycle of negativity. There are always going to be things you can’t control — traffic, plane delays, layoffs — and by all means, gripe a bit about that. But my goal for 2017 is to let more of the everyday negative junk crap roll off my back. It may be hard, but I did a month-long, no-complaints challenge last year so I know it’s possible — and super rewarding.

14. Worrying About the Future

I deal with mild anxiety, which means I tend to over-think everything and worry about things that could happen in the future (but probably won’t). I hate that my fears keep me up at night, and can prevent me from living in the moment. Effectively handling anxiety is way bigger than a simple resolution, but if I can remind myself that my worries are merely anxiety talking (and not reality), I know that anything the coming year throws my way will be a whole lot easier to handle.

I think I’m a fairly open-minded person, but I still find I make rash assumptions about why people say things or do things. Like our shiny social media profiles, people’s exteriors can shield a lot of crap going on inside. So I’m going to try my hardest to assume people have the best intentions, at least until they prove me wrong.

In 2017, I want to stop dreaming of all the places I want to go -- and start going. I’ve already booked a flight to see a friend in California, and I’m planning an epic trip to Utah and the Grand Canyon I’ve wanted to take for years. I know I can find good deals; it’s just a matter of actually buying them.

17. Not Believing in Myself

This past year, I did a few things that took even me by surprise -- I interviewed for jobs at several amazing companies; traveled in Europe alone for two weeks; and packed up my life and moved to a new city. I even auditioned for and almost went on The Bachelor (that’s another story). While I have a lot more I want to accomplish, the things I did achieve this past year proved I’m capable of more than I give myself credit for. I plan to spend 2017 aiming for even loftier goals — and trusting myself that I can reach them. 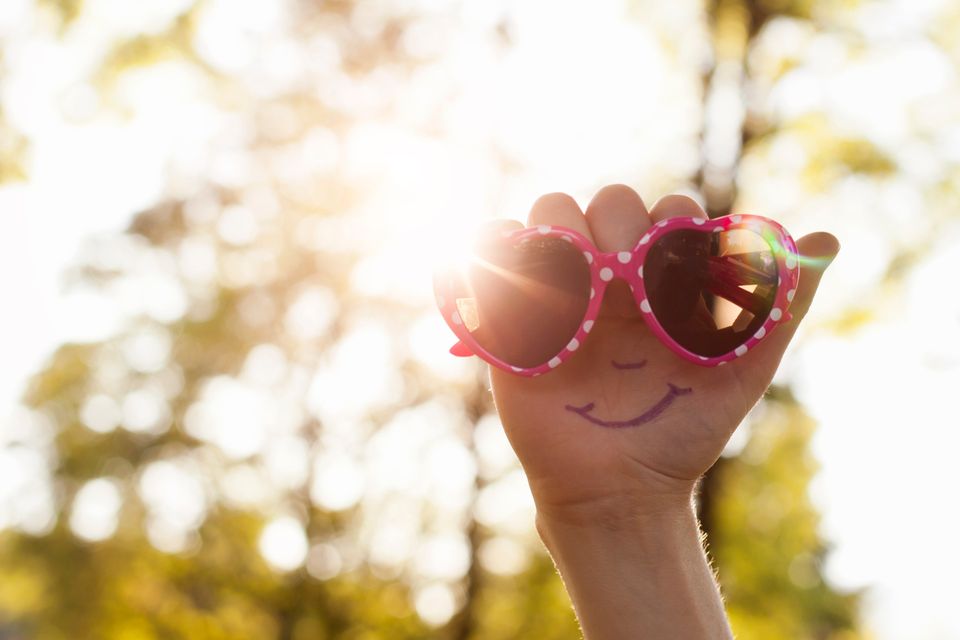 1 / 5
"I can find happiness from within."
Steven Errico via Getty Images