The saying is that everything changes when you become a parent. Sure, I had heard that, but before I had kids I didn't truly realize that everything would change. Everything. From my hair to my clothes, how I chose my apartment to how I decorated it, how I eat to how I go to the bathroom, my entire life with kids is different from my life prior to having kids. Basically, my existence can be broken down into BK or AK (before kids or after kids).

Before kids, three was the optimum number of drinks. It was enough to get a little drunk and fun but not ridiculously out-of-control. After kids, on the rare occasions I go out, I can have one drink. One. Any more and I'm up to pee a million times at night, plus I wake up feeling like I have a 10-drink hangover.

Before kids, I didn't worry about not getting enough sleep during the week; after all, that's what the weekends were for. After kids, hahahaha! What weekend? We get up at the same (early) time on the weekend as we do during the week and there's actually less of a break since there's no school.

Before kids, I ate when I was hungry. Hot food was hot. Each mouthful was a carefully constructed bite of what I wanted, when I wanted it. After kids, I shove food in my mouth when given the opportunity. I finish my older son's food and if the baby lets me put him down, I take those few minutes to eat whatever I can find.

Before kids, wine, lingerie and a fancy dinner spelled romance. After kids, the most romantic thing I can do for my husband is wash the dishes.

Before kids, other than that one party in college, my boobs were rarely on display in public. After kids, boobs. Everywhere. I know what all my friends' boobs look like. And for me, yes, I wear a cover when I nurse in public, but still, it's amazing how having a baby attached to them desexualizes boobs.

Before kids, my apartment was decorated with trinkets from vacations, knickknacks found at flea markets, some arty prints, and pictures of my friends and me. After kids, the most expensive tchotchkes on display are plastic dinosaurs. The prints have been replaced with drawings by a highly sought-after new artist (my pre-schooler) and all our pictures are of the kids.

Before kids, I never bought in bulk -- not only was there no room in my NYC apartment, but there was no need. After kids, paper towels are, like oxygen and cheese sticks, a necessity. An order permanently resides in my Fresh Direct cart.

Before kids, being sick wasn't fun, but it at least didn't require much effort. I got the day off of work and could lay around with orange juice or chicken soup, watching junk TV and playing online. After kids, I sneeze, barf or have chills while still taking care of the kids, rest and fluid intake be damned. In fact, I wrote this during the week I unknowingly had strep, yet still took care of both kids, cooked dinner and ran errands because moms don't get days off of work. 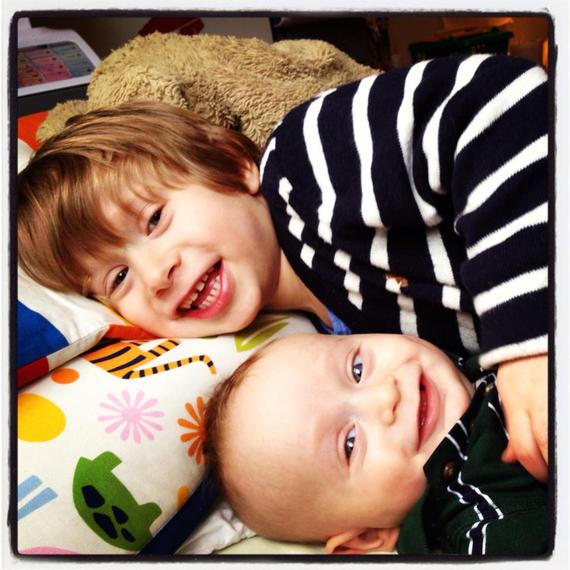