California's Prop 19 will be the most talked-about ballot initiative in the November election.  This measure would make lawful the possession and sharing of one ounce of marijuana outside the home and allow for personal cultivation of a small marijuana garden and possession of its harvest in the home.  California cities and counties would be able to opt-in to commercial sales, regulation, and taxation of marijuana.  Existing prohibitions against driving under the influence and working under the influence would be maintained and prohibitions against furnishing marijuana to minors would be strengthened.

After almost 100 years of marijuana prohibition in California, marijuana is more popular and accepted than ever.  Prohibition has clearly failed.  Prop 19 gives us another choice, one that benefits not just those who enjoy the herb, but the entire state of California and ultimately, the nation and the world.  Whether you are a regular marijuana user now, an occasional toker back in the day, or you've never touched the stuff, there are many compelling economic, social, public safety, and civil libertarian reasons to support its legalization.  Here are nineteen reasons for six distinct groups of Californians to vote Yes on Prop 19. (Get the complete list in printable form at Alternet or NORML.)

PHOTO GALLERY
19 Reasons for Every Californian to Vote YES on Prop 19
Download
Calling all HuffPost superfans!
Sign up for membership to become a founding member and help shape HuffPost's next chapter
Join HuffPost 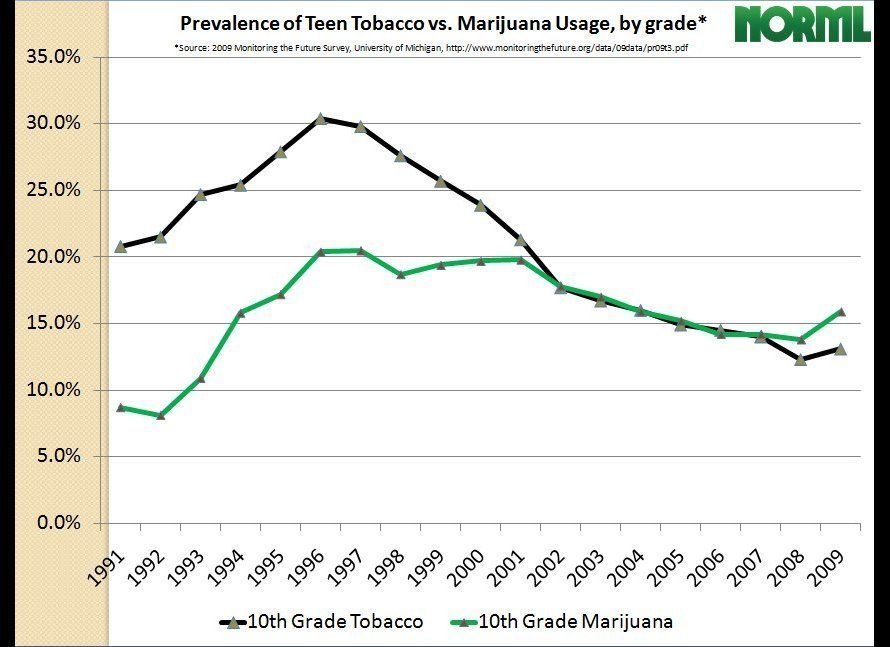