Coffee is one of the most popular beverages on the planet (sorry, Brawndo: The Thirst Mutilator) -- but despite its popularity, most people don't know very much about what they're drinking every morning.

To help remedy that, we've compiled 19 sugary lumps of coffee knowledge with which to sweeten your morning cup. Read on to learn where coffee originated, how much water it takes to grow a pound of it, and what the hell is going on with that cat poop coffee. 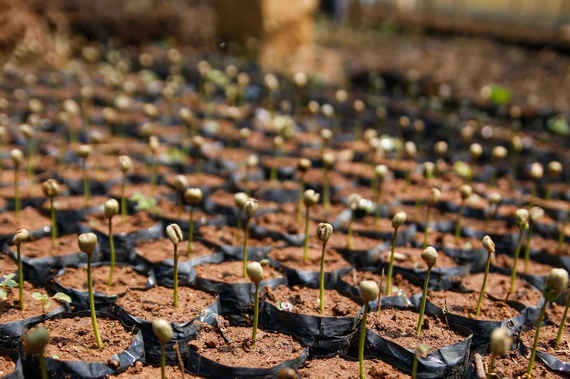 1. Legend has it that coffee was discovered by a goat herder
The most widely accepted myth is of an Ethiopian goat herder named Kaldi who noticed his animals acting jittery after eating ripe coffee beans.

2. Mocha was originally the name of a Yemen port
The city of Mocha was the first port to spread coffee beans to the rest of the world. It's said that the Yemeni beans had a chocolate quality to them, a characteristic that now leads chocolatey drinks to be labeled mocha.

3. The two coffee strains are arabica and robusta
Robusta is more productive, disease resistant, and high in caffeine content. Arabica has 50% more lipids and nearly twice the sugars, which lead to higher acidity and more complex flavor aromatics. Cheaper coffees tend to be robusta, whereas most specialty coffee is arabica. Each of these strains is also further categorized into varietals, with bourbon and typica being the two most common of the arabica strain. 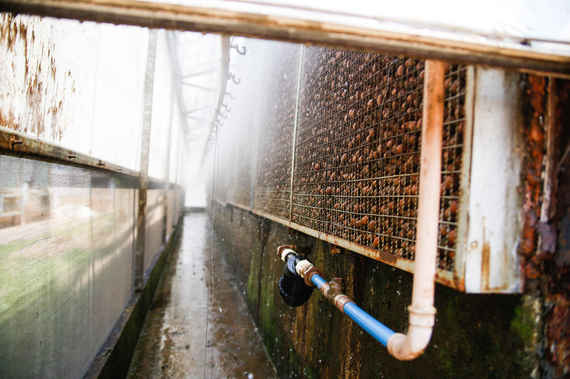 4. Coffee plants require insane amounts of water
People always talk about how water-wasteful beef production is, but according to FoodBev.com, that pound of beef requires 1,800 gallons of water, while a pound of coffee requires 2,500.

5. Coffee beans can vary in color
They start green, and as they ripen, turn either yellow, orange, or red depending on the varietal.

7. A coffee plant can live up to 200 years
When they're sprouting, the top of the plant looks like an adorable little seed, which eventually grows into a bushy plant that can live for two centuries. 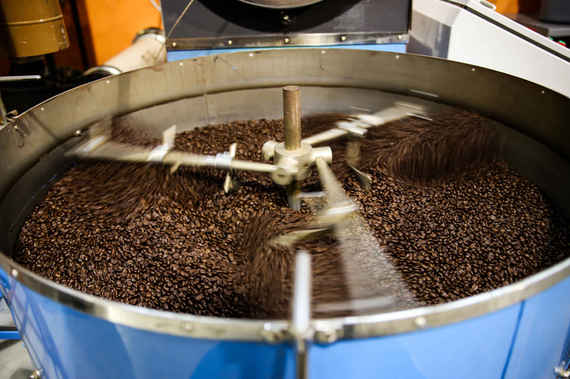 8. Roasters usually buy a year's worth of beans at a time
Coffee-growing countries generally just have one harvest a year (some have two), so roasters buy up a year's worth of product at a time that's kept fresh via special storage technology. Although the green beans may sit in a warehouse for some time, they're generally shipped out the same day they're roasted.

9. Coffee beans pooped out by cats are a thing
The Asian palm civet is a cat known to eat coffee cherries in the wild, which are fermented in their digestive tract and pooped out whole. It supposedly gives the beans an incredible flavor, but the limited availability makes them extremely expensive. If that wasn't rare enough for you, there's also a reserve in Thailand doing the same thing with elephants and calling it black ivory coffee.

To learn 10 more crazy facts about coffee, head over to Thrillist.com!

The Best Grocery Store Coffees, Ranked by a Barista

The 33 Best Donut Shops in America