If you think this heat wave is bad (and it is!), check out this 1911 New York Tribune article, "Heat's Scythe Mows Down 56 On Fifth Day" about a deadly summer hot spell.

New York City descended into a sweltering chaos and as The Bowery Boys summarize:

There was little escape from the scorching temperatures among the cramped tenements. New York's beaches offered some respite, but you had to cram into a sweltering train cabin to get there. Rudimentary air conditioning had only been invented a few years before and was hardly widespread.

The Tribune printed this startling graphic on their front page: 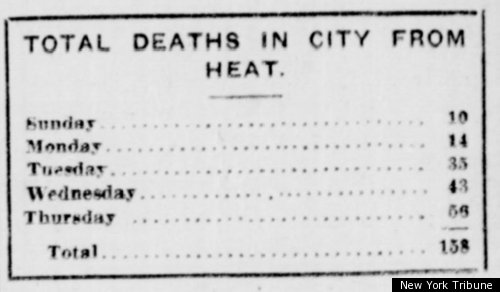 And according to the History Channel, by July 13th, when the rain came and the heat finally subsided, the death toll had reached 211.

By way of comparison, so far the current heat wave sweeping the nation has claimed 39 lives.

During the 1911 heat wave, "There were cases of quick insanity" and in one instance, a drunken man, driven crazy in part by the heat, attacked a police officer with a meat cleaver.

The Bowery Boys piece on the subject is excellent and the whole Tribune article is well worth the read, if not for the flowery, dramatic language ("The monstrous devil that had pressed New York under his burning thumb for five days could not go without one last curse, and when the temperature dropped called humidity to its aid."), then maybe just to put into perspective that however hot it gets today and tomorrow, at least we have cooling centers, accessible public pools and of course, air conditioning. (Please remember to check on your elderly neighbors today.)

A comic and some photos from the 1911 heat wave below.

From The New York Tribune: 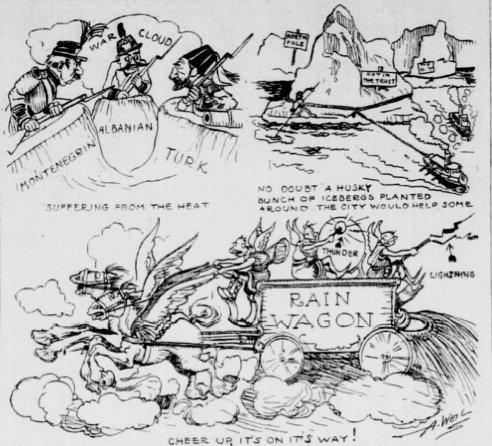 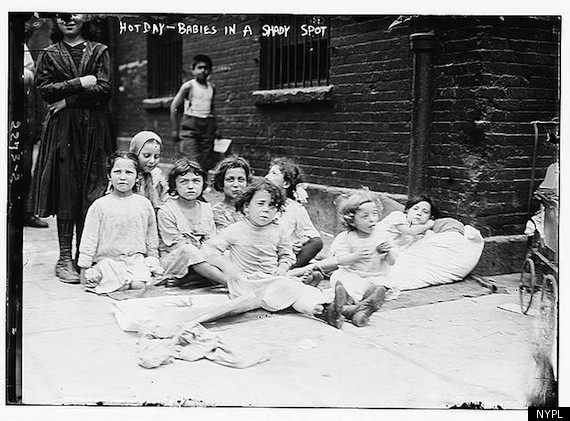 The ASPCA brings buckets of water onto the streets for thirsty animals. 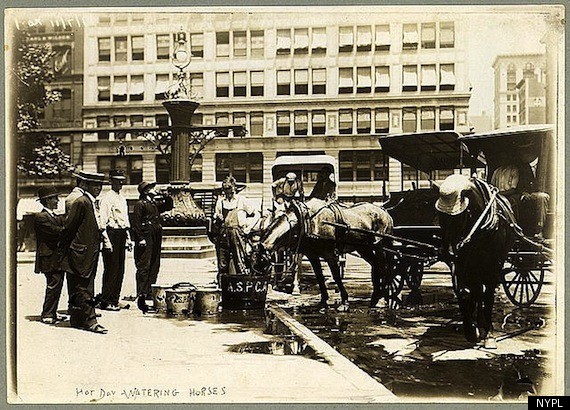