A coin known as the the 1913 Liberty Head nickel sold for $3.1 million at an auction Thursday, according to UPI.

The coin's seemingly huge price tag was allegedly a bargain.

"This is one of the greatest coins at that price range," Jeff Garrett, one of two co-buyers, told UPI.

The 1913 Liberty Head nickel is one of only five known to exist. But it's the coin's back story that adds to its cachet: It was surreptitiously and illegally cast, discovered in a car wreck that killed its owner, declared a fake, forgotten in a closet for decades then declared the real deal.

It was offered for sale by four Virginia siblings at a rare coin and currency auction in the Chicago suburb of Schaumburg on Thursday, and sold for well over the expected $2.5 million. 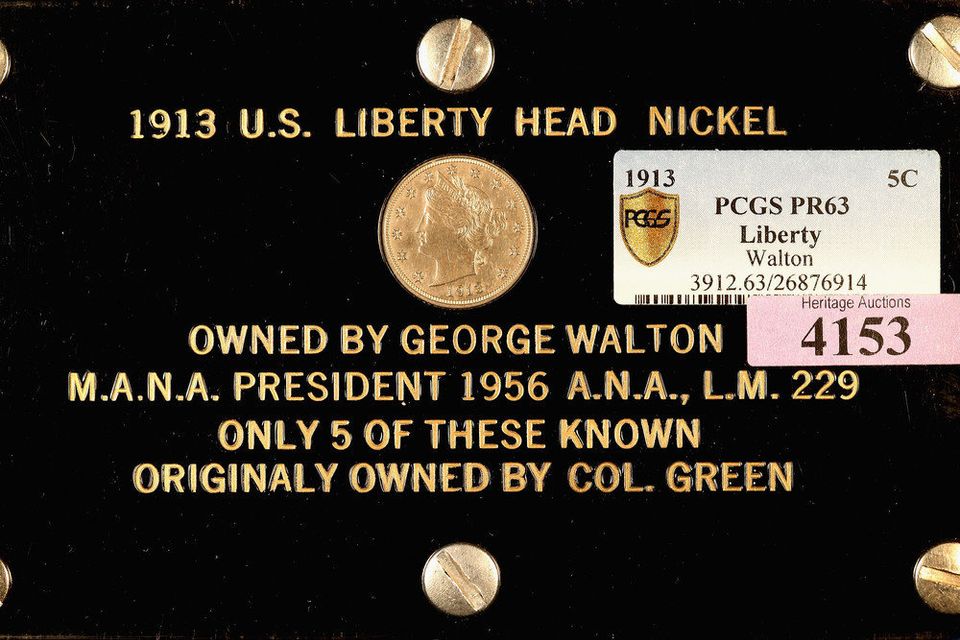 1 / 4
APRIL 25: The George O. Walton Specimen 1913 Liberty Head Nickel is offered for auction by Heritage Auctions on April 25, 2013 in Schaumburg, Illinois. Bidding for the nickel, one of only five 1913 Liberty nickels known to exist, has already exceeded the original auction estimate of $2.5 million. The nickel is being offered for sale by the heirs of George Walton who acquired the coin in the mid-1940s for a reported $3,750. Walton was killed in a 1962 car crash with the coin in his possession. Unaware of the coin's value, one of Walton's heirs kept the coin tucked away in her closet for the next 40 years. (Photo by Scott Olson/Getty Images)
Getty