Google commemorated the 100th anniversary of the anti-lynching Silent Parade with a doodle on its homepage Friday.

Though not as widely known as other marches, the Silent Parade was a significant precursor to the civil rights movement. In a demonstration organized by the NAACP, about 10,000 people gathered in New York City on July 28, 1917, to march in silence down Fifth Avenue to Madison Square.

Thanks for celebrating with us @Google! Centennial of #NAACP Silent Protest Parade July 28, 1917 🇺🇸#GoogleDoodle#ATT #HumanityOfConnection pic.twitter.com/1PkH6A8FCx

Women and children marched in the front, wearing white to represent innocence in the midst of the country’s racism, according to the Miami Herald. The men marched in the back, dressed in dark suits as a symbol of mourning and their willpower to fight for their rights.

Protesters demanded President Woodrow Wilson take action to protect the rights and livelihood of African Americans. They carried signs reading “Thou Shalt Not Kill,” “Your Hands Are Full of Blood” and “Mothers, do lynchers go to heaven?”

The march was a response to the wave of lynching and mob violence against black people across the country. Thousands of white people in Southern cities ― including Waco, Texas, and Memphis, Tennessee ― would gather to witness the lynching of black people.

Just a few weeks prior to the march, racial tensions grew thick among the black and white workers in East St. Louis, Illinois. For 24 hours, white mobs burned homes and killed any black person they could find, regardless of age, gender or ability.

The mob killed about 200 people while the remaining 6,000 black residents fled their homes to escape the violence, according to Yale’s Beinecke Library.

The Silent Parade became known as the first mass demonstration by African Americans. The New York Times described it as “one of the most quiet and orderly demonstrations ever witnessed,” per the Herald. The silence was only broken when the march ended. Even without chants or songs, the Silent Parade set the tone for how black people protest today. 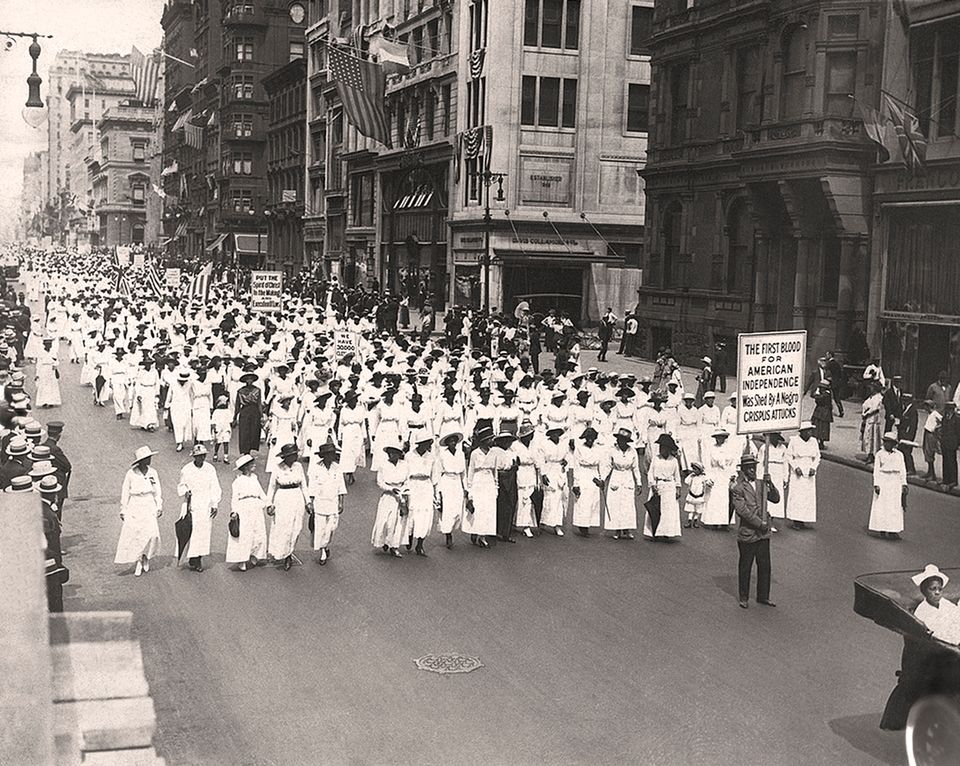 1 / 5
A silent march to protest the police treatment of blacks during riots in East St. Louis, New York, New York, 1917. They marched down Fifth Avenue on that summer Saturday without saying a word. They chanted no chants, sang no protest songs. The only sounds were the disconcertingly mournful thuds of muffled drums and, of course, the marchers' footsteps on the hot pavement. It was a parade of silent protest.&nbsp;
Underwood Archives via Getty Images