The 1960s marked a new, more progressive era in many ways. But on the home front (or, rather, in Madison Avenue's depiction of it), domestic life was still pretty much the same as it had always been. Sexist.

"A majority of the 1960s was really an extension of the ‘50s," says Joshua Rowley, a reference archivist at Duke University's John W. Hartman Center for Sales, Advertising & Marketing History. "There weren’t a lot of challenges to normative values, at least not from the advertising world," he adds. And while you could binge watch all seven seasons of "Mad Men" for some credence to Rowley's point, a quick search through Pinterest will do.

Even as organizations like The National Organization of Women took shape and the Women's Rights Movement worked to expand the roles of women outside of the home, supporters of domesticity stood their ground. One of the most notable is, of course, Suzy Homemaker. As the Smithsonian's Judith Gradwohl explains: 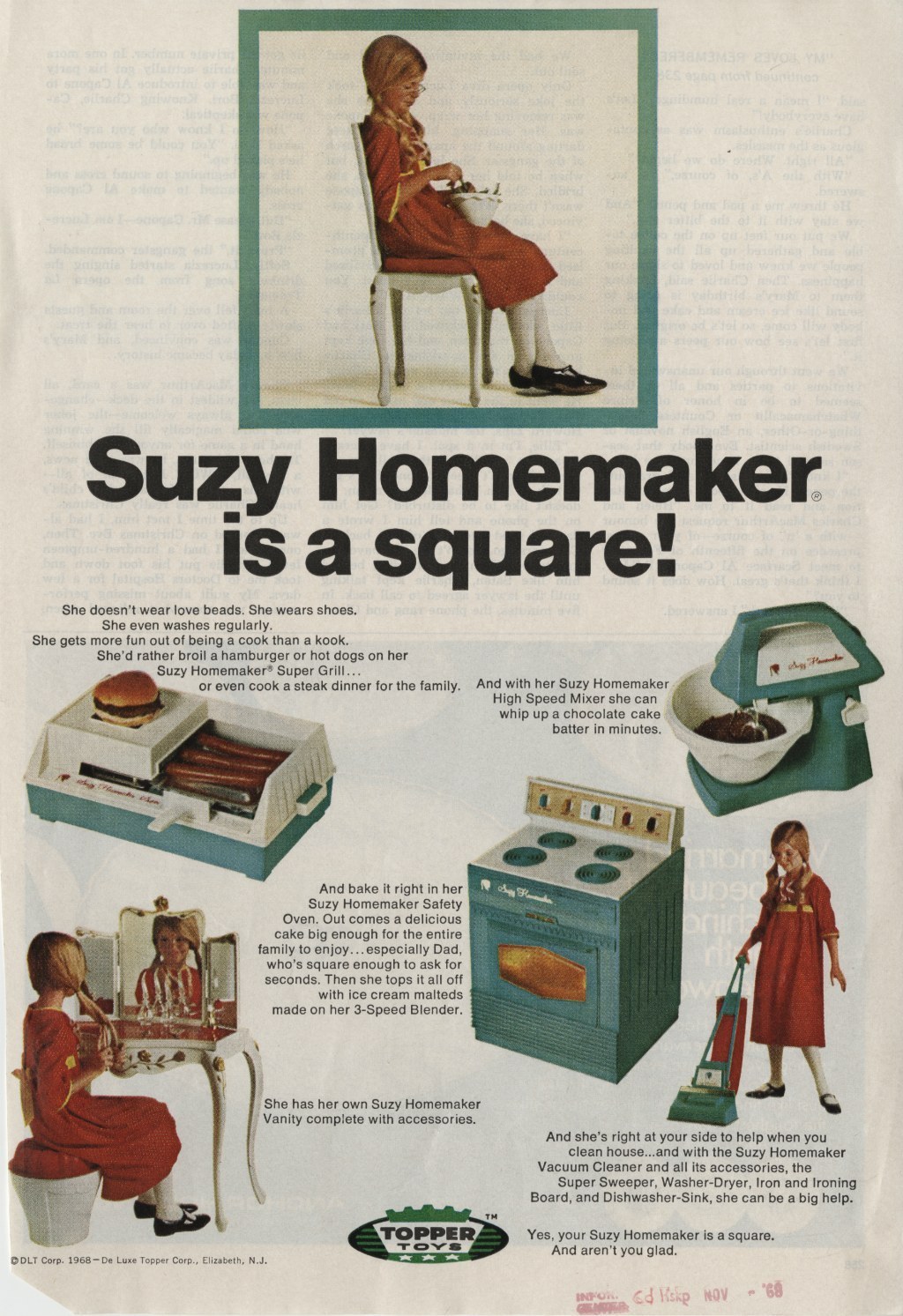 Rowley says that it wasn't until the mid to late '70s that the advertising industry began to give token recognition to the social impact of second-wave feminism. But even then, it was clear that they still didn’t get it. "A lot of the ads marketing products to women from that era would be considered condescending today at best and borderline pejorative at worst," he says, pointing to Virginia Slims' "You've Come A Long Way, Baby" campaign.

Rowley credits market researcher Rena Bartos for challenging the ad industry's perception of women, even though it didn't happen until 1982. "Bartos, a market researcher for J. Walker Thompson at the time, published a book called 'The Moving Target' in 1982. That really urged [the ad industry] to acknowledge the spectrum of women’s experience and grapple with the impact of feminism and women’s changing social and economic circumstances. The housewife archetype simply doesn’t exist anymore," Rowley says. According to Rowley, Bartos' market studies promoted a wave of studies into the lives of women (though the goal was to more effectively sell them products, of course) that undoubtedly shaped the way we see home life in advertisements today.

Check out more vintage home ads in the slideshow below.

Smile! Philips Sonicare Powered Toothbrushes Are 41% Off For Cyber Monday