Americans tend to remember sacred dates: the day Kennedy got shot or the Twin Towers fell. For many Boomers, there's another date with an upcoming anniversary: December 1, 1969, the night our government reinstated the draft lottery for the first time since WWII. Every able bodied male between 18 and 26 found out -- by dint of a lottery ball drawn from a fish bowl at Selective Service Headquarters -- if he was chosen to win the hearts and minds of the Vietnamese people. On campuses across the country, 195 was the defining number: under 195 meant trading textbooks for combat boots; over 195, in the words of John Belushi, meant TOGA!

In author Denis O'Neill's heartfelt and often poetic new memoir Whiplash: When the Vietnam War Rolled a Hand Grenade Into the Animal House, we glimpse what it felt like to come-of-age at Dartmouth between the free love of Woodstock and the raging anger of Kent State. At that time, my Uncle David was one of many college kids who realized his government was telling a big fat lie, and took to the streets to do something about it.

Like O'Neill, my uncle was a handsome, hard-drinking Ivy Leaguer who unexpectedly found himself stopping police batons with his face. As a young girl, I'd run my fingers over his thrice-broken nose, as he tried to explain how the draft lottery turned his fraternity life upside down. He promised I'd understand it better in college. However, when I landed on the apolitical campus of the University of Chicago, where fun goes to die, David's stories still didn't compute. Until I read Whiplash.

O'Neill recounts the time Dartmouth bestowed an honorary degree on Senator George McGovern. The day before graduation, the presidential hopeful told students at a peace symposium that America was "Less in danger of becoming a welfare nation, than in becoming a warfare nation." My generation has witnessed so many shock and awe campaigns since we freed all those sheep in Grenada, haven't we become the warring nation of McGovern's prophesy?

Nearly half of today's volunteer army is populated with young men from disadvantaged households. And in the army, the military's largest branch, it's nearly two-thirds. Maybe it's time we had another draft lottery to send the anxious low-number holders of all socio-economic rungs into the streets to protest. Maybe random conscription would save us from becoming a welfare nation, too.

Or maybe, we don't need a draft lottery anymore than we need a school lottery. Imagine if Obama co-opted JFK's "Ask not what your country can do for you, but what you can do for your country" shout-out, and instituted a national service program, like those found in the fine countries that top every 'best at...' list. An enlightened service program would include military enlistment, yes, but also options to teach, mentor, build, plant, and generally care for one another.

The Feds wouldn't need to stage elaborate WPA projects either. Currently, there's a not-for-profit organization for one out of every four Americans. What if we just leveraged the networks of care that already exist?

Without waiting for a presidential mandate, philanthropist Anthony Melikhov has hatched an ambitious global movement called unite4:good that aims to establish a new standard whereby acts of kindness and service becomes so idolized that everyone chooses to make them a part of their daily life. Take the consciousness-raising of the '60s, add social media and cutting-edge technologies like Youtopia's gamification and badging platform, add a dash of bitters from Wall Street, shake and pour. A powerful cocktail to pull us out of the ginormous mess you Boomers and bankers have left us in.

Imagine if service became inspired rather than required? JFK told us that the energy, the faith, the devotion which we brought to this endeavor would light our country and all who serve it -- and the glow from that fire would light the world. If my generation ignited that homecoming bonfire, double-down that we'll all don togas and laurel leaves, tap a keg, roast marshmallows, and generally feel like we've won the lottery. For real. 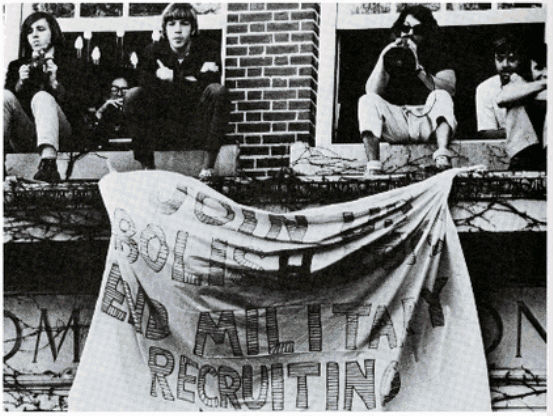