On Jan. 18, Argentine prosecutor Alberto Nisman was found dead in the bathroom of his luxury apartment in Buenos Aires with one bullet to the head. A handgun was found at the scene, but there was no suicide note and no gunpowder residue on the prosecutor's hands -- raising suspicions about whether Nisman had really turned the gun on himself, as authorities said after his body was found.

Nisman’s death came one day before he was scheduled to testify in a closed hearing about his investigation into the 1994 bombing of a Jewish cultural center in Buenos Aires. He was also supposed to speak about his recent claims that Argentina’s President Cristina Fernandez de Kirchner and other top officials were involved in covering up Iran’s role in the bombing.

From the moment it launched, the investigation into the bombing was mired in scandal and controversy. In 2005, then President Nestor de Kirchner called the failure to properly investigate the crime "a national disgrace," and he appointed Nisman as the lead prosecutor to re-investigate the attack. 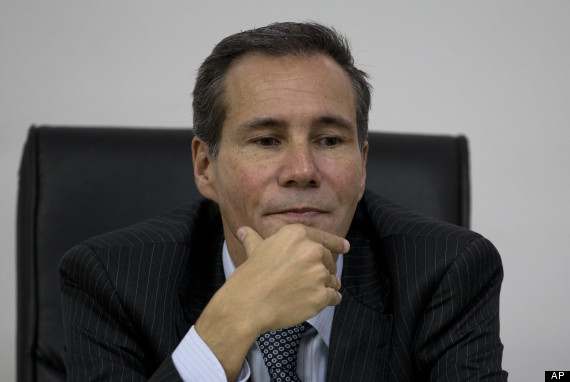 In this May 29, 2013 photo, Alberto Nisman talks to journalists in Buenos Aires, Argentina. (AP Photo/Natacha Pisarenko)

On July 18, 1994, a van filled with 600 tons of ammonium nitrate fertilizer and fuel oil exploded outside the building of the Argentine-Israeli Mutual Association, a center serving Argentina’s Jewish community known by the initials of its Spanish name, AMIA. The seven-story building, which Israeli diplomats said was shoddily constructed, collapsed. The attack left 85 people dead and more than 300 wounded. Search crews searched through the rubble for days to find the bodies of the missing.

The New York Times reported in the days after the attack that at least 100 people were in the building at the time of the bombing, including young people registering for jobs and seniors collecting their pensions.

"Those first few moments were really terrible, of course. I think I couldn't say a word," Anita Weinstein, who was at AMIA the day of the bombing, told NPR this week. "I saw the destroyed building at my feet; that was the worst moment," she added.

The AMIA tragedy rocked Argentina’s Jewish community, Latin America’s largest. The bombing was the deadliest terror attack in Argentina’s history. Many Jewish organizations had their offices in the building, and 100 years of archives of community records were destroyed. The basement of the building housed Project Witness, a research group that had documented how Nazi criminals escaped from Europe after WWII and found refuge in Argentina.

In the months after the attack, protesters gathered every morning outside the courthouse office of the prosecutor investigating the case. They carried signs that asked "How Long?" -- referring to the investigations into both the Buenos Aires embassy bombing and the AMIA attack. 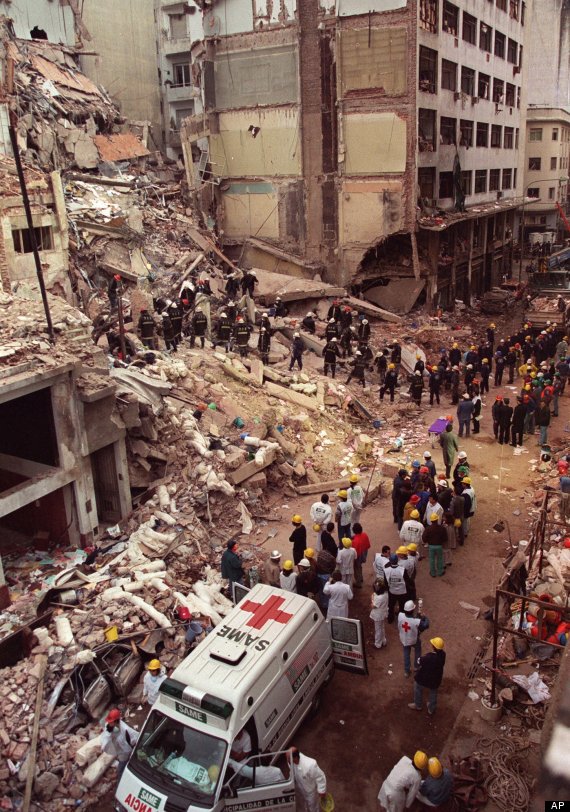 But in the end, no one was ever put on trial for the deadly AMIA attack. Instead, the investigation was mired by scandals and mistakes. Controversies include a 2009 indictment against Argentina's former President Carlos Menem, for obstructing the investigation, as well as accusations that Juan Jose Galeano, a judge investigating the case before Nisman, was caught paying a suspect to accuse police officers of being involved.

Nisman, from his end, concluded in a report published in 2006 that Hezbollah agents who had received planning and financial support from Iran were behind the attacks. Nisman attempted to have several top Iranian official extradited to stand trial. Iran always denied involvement in the case, and Tehran refused Nisman's requests for extradition.

In 2013, Fernandez announced that Argentina and Iran would establish a "truth commission" to get to the bottom of the case. While Fernandez claimed the commission was Argentina's only hope of making any progress in the investigation, her decision was widely perceived as a move to appease Iran, as it would allow Tehran to review the Argentine investigation. Ruled unconstitutional by an Argentine court, the commission never saw the light of day. Nisman alleged in January 2015 that Fernandez's agreement to establish the truth commission had been part of a back-door deal with Tehran to secure cheap oil for the dwindling Argentine economy.

With Nisman dead, it is unclear how the investigation will continue. Weinstein, the survivor interviewed by NPR, said she isn't sure investigators will ever find out what really happened that day in 1994. "I hope so. I don't believe so," she said. 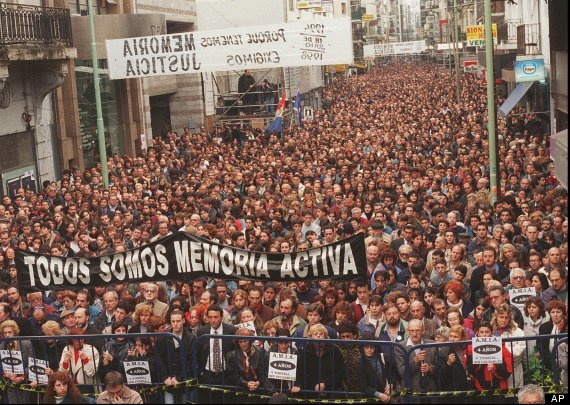 Thousands of people attend a ceremony Friday, July 17, 1998, held by relatives and friends of victims of the 1994 bombing of the AMIA Jewish community center in Buenos Aires, Argentina, to mark the fourth anniversary of the bombing. (AP Photo/Gabriel Piko)