GIFs are widely regarded as an Internet-age phenomenon. So, it might surprise you that more than 150 years before you saw your first "Mean Girls" GIF, people were also watching split-second, hypnotic and repetitive animations, also presumably to avoid doing their homework.

These pre-digital GIFs were optical tricks, and were viewed on rotating devices called phenakistoscope and zoetropes. Wired Magazine reported last week on the man that has made it his mission to bring these seriously psychedelic animations to the Internet generation.

How many frogs can one guy eat?

Richard Balzer has spent decades collecting these fascinating, totally addictive toys of procrastinators past, and turning them into an online treasure-trove of vintage optic animation, dubbed The Richard Balzer Collection. Recently, he recruited Los Angeles animator Brian Duffy to transform some of his illustrated animations into modern-day Internet GIFs. The results are completely mesmerizing, and sometimes perhaps slightly disturbing:

We don't even know what's going on in this one.

Don't you hate it when people just show up at your place without calling?

You can see more of these mind-boggling animations on Balzer's Tumblr page.

The way these optical devices work is pretty simple. Most of these examples were viewed through a phenakistoscope, which contained one disk of sequential images: 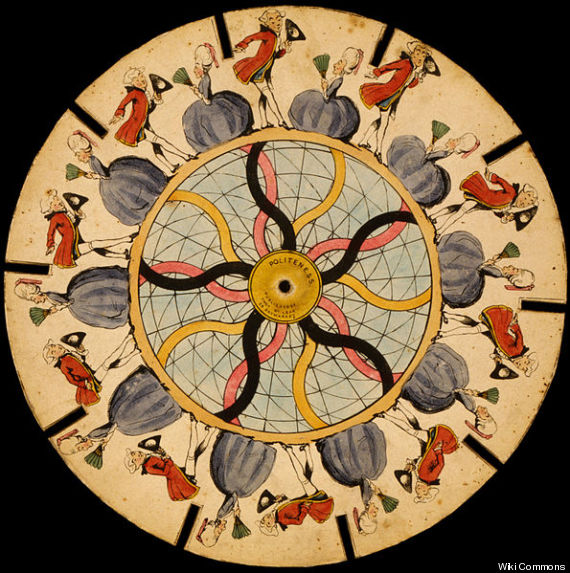 The disk had equally spaced slots along the edge, and was attached to a 10-12 inch long stick. To view, you simply look in the mirror, spin the disk and watch the images rotate through the slots. This created the illusion of movement -- like a circular flip-book. (Read about zoetropes, another type of moving image device, here.)

And these shockingly nimble jungle animals would repeat the same gymnastic feat:

They nail it. Every. Single. Time.

These toys aren't the only early photography to have something in common with Internet memes. Eadweard Muybridge, who is credited as the first person to accurately capture a sequence of motion on camera, spent much of his time documenting the Internet's favorite topic: animals, as seen in split-second animated sequences. Check a couple of his image series below, with an Internet age face-lift.

Just a camel struttin' by:

Is this the first GIF of a buffalo you've ever seen?

So remember, next time you find yourself hypnotized by today's Internet GIFs, you're not wasting time, you're engaging in time-honored cultural tradition. 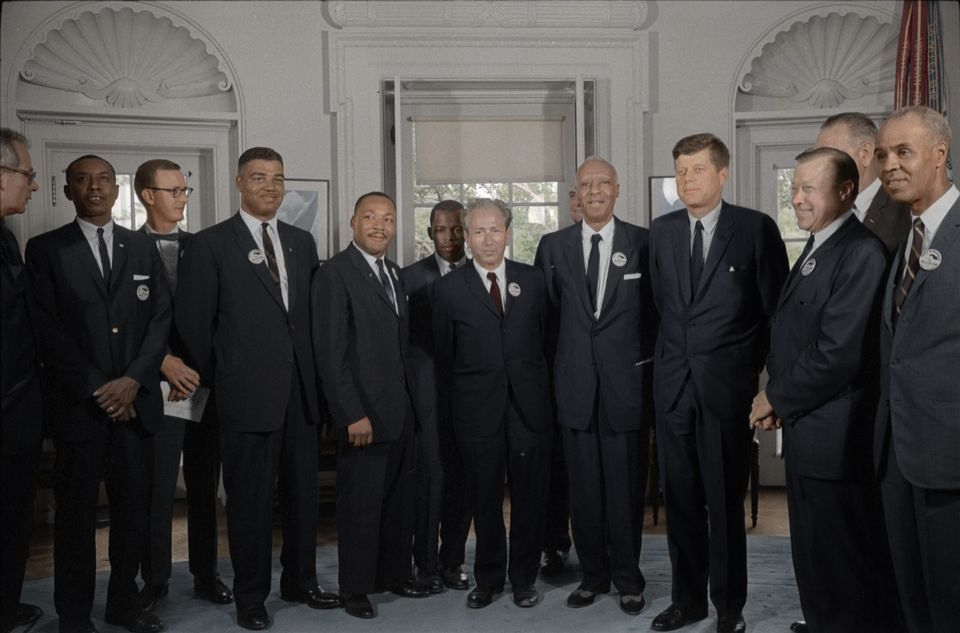