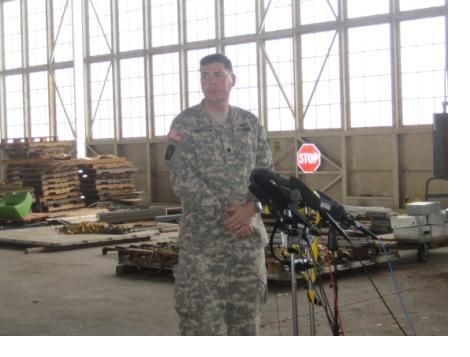 On Tuesday, the Obama administration is scheduled to begin its first trial of a prisoner held at Guantanamo Bay. Omar Khadr was only 15 when he was captured in a firefight in 2002 with U.S. forces in Afghanistan. Now 23, he'll finally have his day in court. Only instead of an experienced federal court with a long history of trying terror suspects, Khadr will be tried in a military commission, created just last year. In the eight years since President George W. Bush created the first military commissions at Guantanamo, they have convicted only four terrorists - only two in contested trials. Regular federal courts in the United States, by contrast, have convicted more than 400 in the same time period.

Khadr was only nine when his father, an alleged Al Qaeda financier, dragged him from Canada to Afghanistan and put him to work helping his Al Qaeda-connected friends. Khadr has said that he never had a choice. And a Canadian intelligence agency reported, based on interrogations of Khadr in 2003, that Khadr viewed Al Qaeda "through the eyes of a child" who didn't understand that his father's activities were linked to terrorism.

What's more, based on what's been presented in pretrial hearings so far, there appears to be little or no evidence, other than "confessions" extracted under highly suspicious circumstances, that Khadr actually committed the most serious crime he's accused of: throwing a grenade that killed a U.S. soldier.

Even if he did, Khadr shouldn't be tried in a military commission.

Under international law, a child captured in combat is supposed to be treated as a victim rather than a warrior, offered rehabilitation in custody and eventually repatriated home. Khadr, who has relatives in Canada, was offered neither option.

In addition, the crime of murdering a U.S. soldier isn't actually a war crime. In war, it's not a crime to target the other side's soldiers. But because Khadr was a civilian, rather than a member of a regular foreign army, throwing a grenade is a criminal act that could be prosecuted in a regular criminal court. Although the military commission rules characterize his crime as one that falls within the commissions' jurisdiction, the legal authority of the commission to prosecute conduct that was declared a war crime after the act was committed, or ex-post facto, remains legally questionable.

Khadr's lawyer has also questioned the legality of the military commissions as a whole, filing an appeal just this week with the Supreme Court arguing that the commissions are unconstitutional because they target only "aliens"--people who are not U.S. citizens. Though the courts have so far punted on this issue, it's clear that even if Khadr is convicted, he'll have several strong grounds for appeal.

So why is the government bringing this case in a military commission?

Perhaps the government hopes that Khadr's statements, which he claims were extracted by various kinds of torture and abuse, will be allowed into court as evidence. Although Khadr's lawyer hasn't yet had the opportunity to present all the evidence of his client's treatment at Bagram and at Guantanamo Bay, what's come out at pretrial hearings so far is that when Khadr was captured by U.S. soldiers in July 2002, the teenager had been shot twice in the back, blinded in one eye and had a face peppered with shrapnel. Interrogators at the Bagram air base took to calling him "Buckshot Bob." But that didn't stop them from interrogating him while he was still recovering from life-threatening wounds and strapped to a hospital gurney. Using what the military calls a "fear up" technique, an interrogator testified, Khadr was told a story about another prison just like him who refused to cooperate - and who then was gang-raped and killed in an American prison.

Official documents also reveal that at Guantanamo, Khadr was subjected to the military's "frequent flyer" program -- meaning he was moved every three hours for weeks at a time to keep him from sleeping prior to interrogations.

So just how reliable are the statements he made, either at Bagram or at Guantanamo?

Now, after eight years at Gitmo, Khadr insists he's not guilty. He has also at times said he'd boycott his own trial because he thinks the whole military commission process is a sham.

It's easy to understand why. Now 23, Khadr has been interviewed by dozens of interrogators, each time led to believe that his cooperation would spare him from violence and lead to his release. He told interrogators what he thought they wanted to hear, but that release never happened. If Khadr had been imprisoned in the United States, he would have been tried and either convicted or released long ago. But instead, Khadr has been held without trial on a secluded prison camp in Cuba for nearly a decade with little opportunity to defend himself.

Human Rights First has been observing the military commission hearings since their inception in 2002. Repeatedly, our observers have been astounded by the injustices, inefficiency and wholesale fiasco that many of the inexperienced and legally questionable commissions' proceedings produce.

That's partly because the commissions are so new - created by a law passed in 2009. The first military commission system, created by the Bush administration, was ruled unconstitutional by the U.S. Supreme Court in 2006. As a result, there is almost no legal precedent to guide commission judges. The Military Commissions Manual, meanwhile, was only issued in late April - on the eve of Khadr's first pretrial hearing. The resulting confusion offers yet more opportunity for Khadr and anyone else convicted in a military commission to challenge their convictions on a broad range of legal grounds. Decisions on the prisoners' fate will be delayed that much longer.

There's another reason that this whole military commission system leaves me scratching my head: the extravagant expense involved. Keeping the Guantanamo Bay prison camp and military commission system open for fewer than 180 detainees costs taxpayers a lot of money. Construction and renovations to the camp have cost about $500 million so far; operating costs are another $150 million every year. The Washington Post recently estimated the bill, much of which has been paid to KBR and Halliburton, has so far exceeded $2 billion. Just the cost of flying dozens of journalists and observers like myself, plus all the lawyers involved, to and from Guantanamo to attend each of these hearings so the government can claim that they're "public" is astronomical. Meanwhile, federal courts and secure prisons in the United States are readily available and already paid for. And the government doesn't have to cover anyone's costs to get there.

I'm in Guantanamo Bay this week to observe the end of Khadr's pretrial hearings and the beginning of his trial in a military commission. But I doubt I'll gain any better understanding of why the Obama administration chose to try him there.

Update: Lt. Col. Jon Jackson, Omar Khadr's military defense lawyer, just gave a quick news conference in the sweltering airplane hangar here at the Gitmo base. (Only prosecutors are allowed to use the indoor air-conditioned rooms for press conferences.) "This case will echo in the future," Jackson said, noting that it will set a sad precedent for the United States' right to try a child soldier as a full-fledged war criminal.

Somehow that doesn't seem like the sort of legacy Obama had in mind when he vowed to close the Gitmo prison down on his first day in office.