An amorphous shape-shifting consortium of Berlin-based aerosol hooligans named 1UP is one of those graffiti crews who eventually make the entry into graffiti street lore because of the scope and daring of their travails.

Primarily Berlin-based, you'll find their almost-commercial sounding name on roofs, walls, abandoned factories, and in tunnels in many cities around the globe. Without a clear idea of the exact number in their association nor precise membership these daredevils are most often described as white men in their 20s and early 30s, reveling in the athleticism and sport of graffiti, in addition to style. The tag itself appears to be rather "open source" at times, with only insiders able to keep track of the distinct hand styles forming the ubiquitous name on thousands of surfaces. 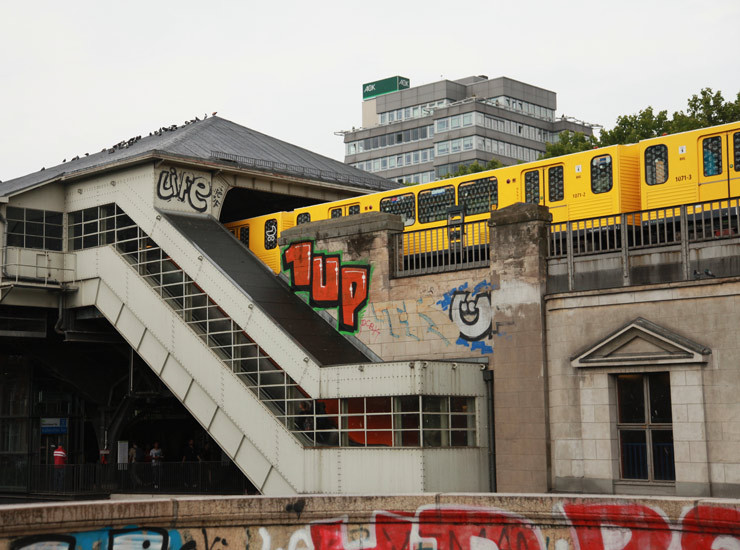 We spent a few days in Berlin recently and easily collected a handful of images here to share, but it the actual number one could capture would fill a bulky tome.

"1Up Crew...? 'All City' doesn't even begin to cover it, these guys smash walls like sledgehammers," says Roland Henry, managing editor and a journalist for VNA (Very Nearly Almost), the UK-based independent magazine that has featured interviews with some of the world's top artists, illustrators and photographers from the urban art scene over the last 10 years. Living in Berlin this spring and summer after calling London home for many years, Mr. Henry says he still hasn't stopped seeing new 1UPs.

In a city famously permissive, even celebratory, toward graffiti culture like Berlin, once you notice one 1UP tag on a wall you can't stop seeing them -- like the time your brother started dating that Mexican girl in high school and suddenly you realized that there were hot tamales everywhere! -- In the hallways, at the laundromat, in the park, at the corner grocery. 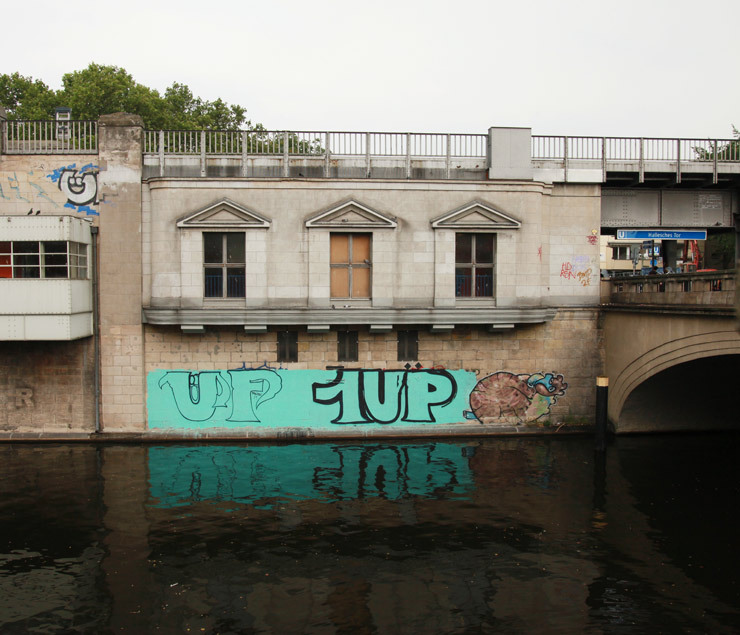 "Spend any time in Berlin and one thing is immediately glaringly obvious: 1UP have their hometown on lockdown," says photographer and graffiti expert Luna Park, whose forthcoming New York contemporary graffiti book (UN)Sanctioned will be released on Carpet Bombing Culture books in October.

"Take the time and dedication that your average all city bomber expends in getting their name out -- now multiply that by 20. Maybe you'll come close to grasping 1UP's prodigious output. If there were an Olympic sport for team graffiti, surely 1UP would be gold medal contenders. Not only do they excel at all graffiti disciplines, they take what it means to push a crew to the most logical extreme." 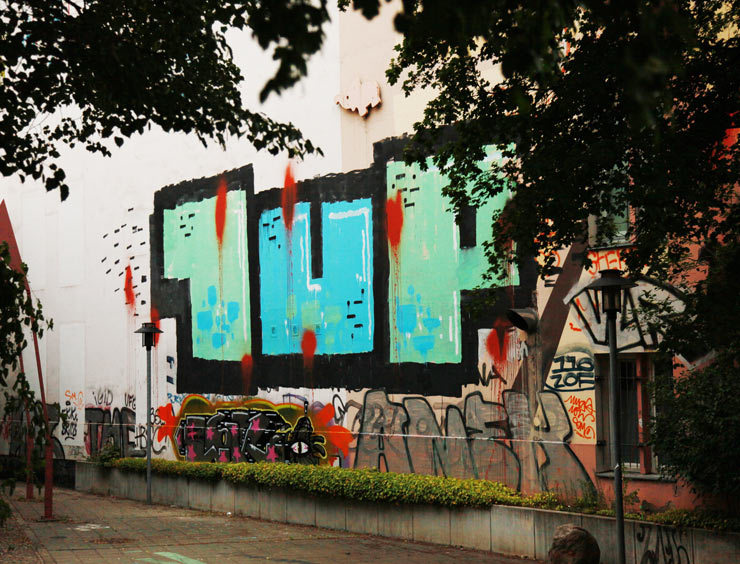 Park's point about disciplines is well taken, as not one discernible specific style or medium is used by this one united power - throwies, bubble tags, wildstyle, rollers, juicy markers, sculptures, extinguisher tags.

But it is working as an organized crew covering multiple cars on trains that they are perhaps most well known for - covering cars top to bottom, end to end - in a few short minutes.

"Look up their legendary and brazen daytime whole-car missions on YouTube and you'll begin to understand this is a crew that seriously rolls deep," says Ms. Park. "Better yet, get your hands on their "One United Power" film and prepare to be inspired by their global exploits." 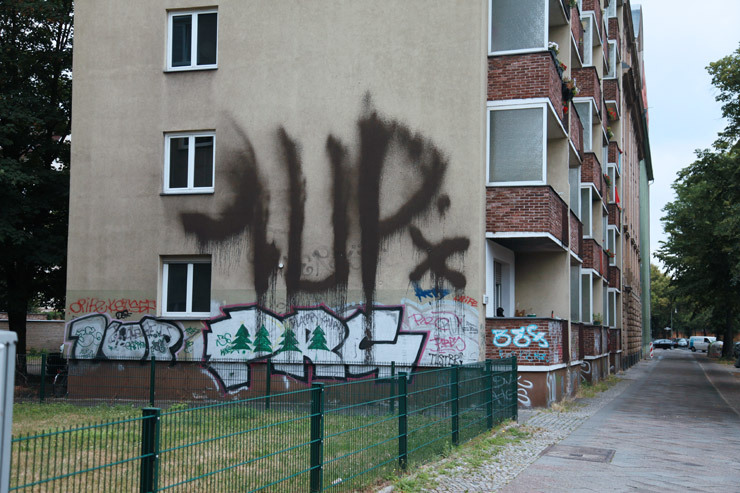 Now in their 13th year, at this point 1UP is a brand (sort of like its older cousin 7UP) - and it probably shows up on scatter charts in PowerPoint slides in advertising and marketing conference rooms - desired psychographics and demographics analyzed, sought after, targeted.

But keep the numbers in perspective - they can't rival the millions of illegal logos plastered across our cities in violation of numerous regulations. You think graffiti is lawless? Hell, try advertising - it's nearly completely unregulated in cities like New York and the very few laws that exist are rarely enforced. That Coke crew, for example, they are seriously worldwide with their bombing and tagging - taking over hectares of public space and millions of atoms of mindshare. 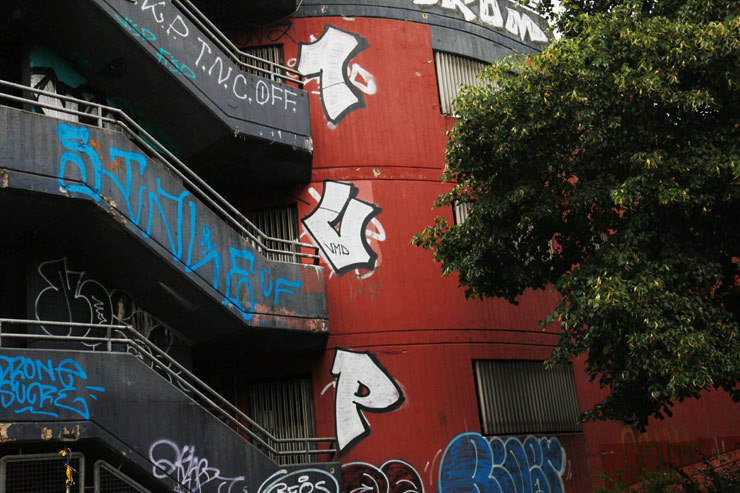 World-traveling superstar urban art photographer Martha Cooper, who has been tracking graffiti since trains were first plastered with aerosol paint in the late 1970s and whose first namesake library will open next year with the inauguration of the Urban Nation Museum for Urban Contemporary Art in Berlin, says she's had some time to observe 1UP, and she acknowledges their status.

"This very active crew has sprayed the world with an impressive assortment of carefully-planned, well-executed tags, throwies and pieces above and below ground," says Cooper. "Big Up to 1Up for helping to keep the original outlaw spirit of graffiti alive." 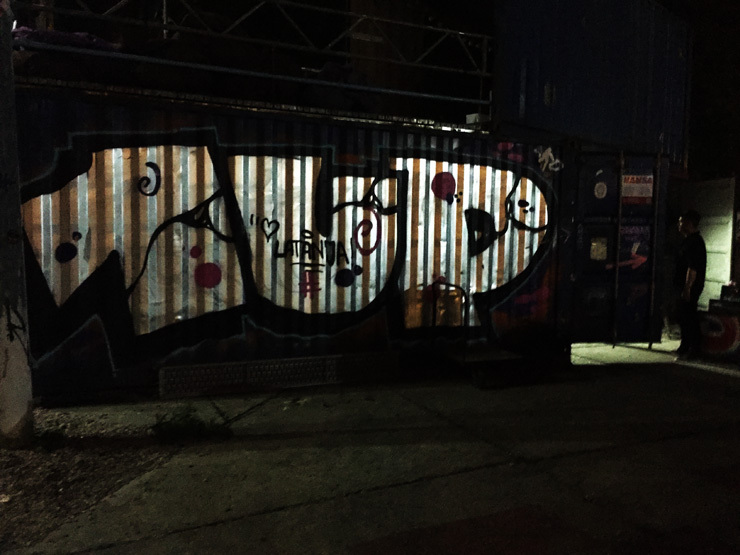 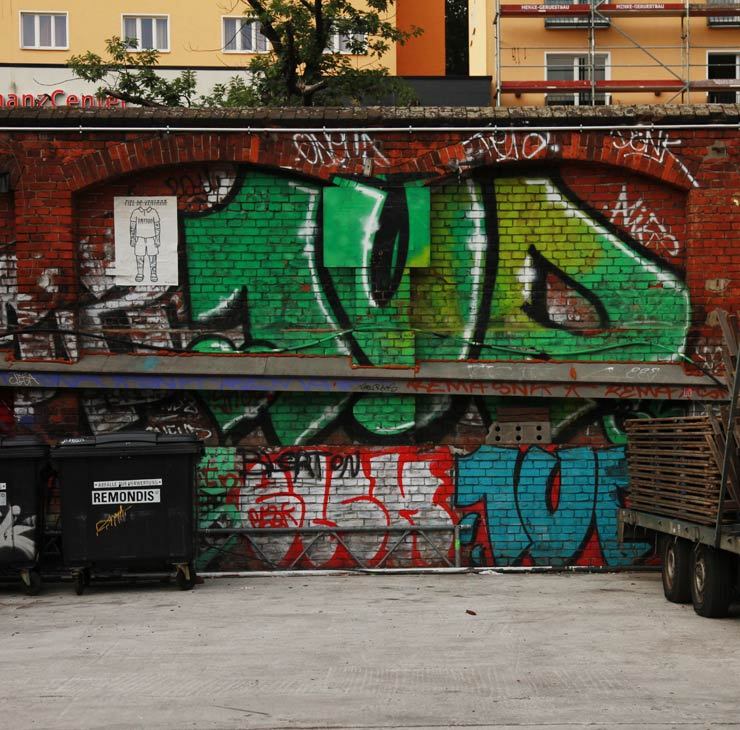 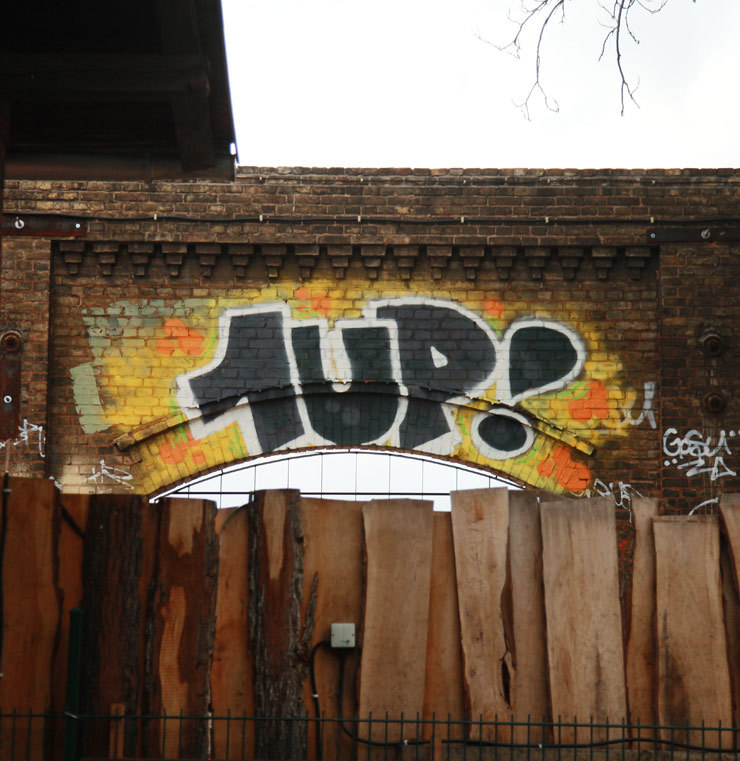 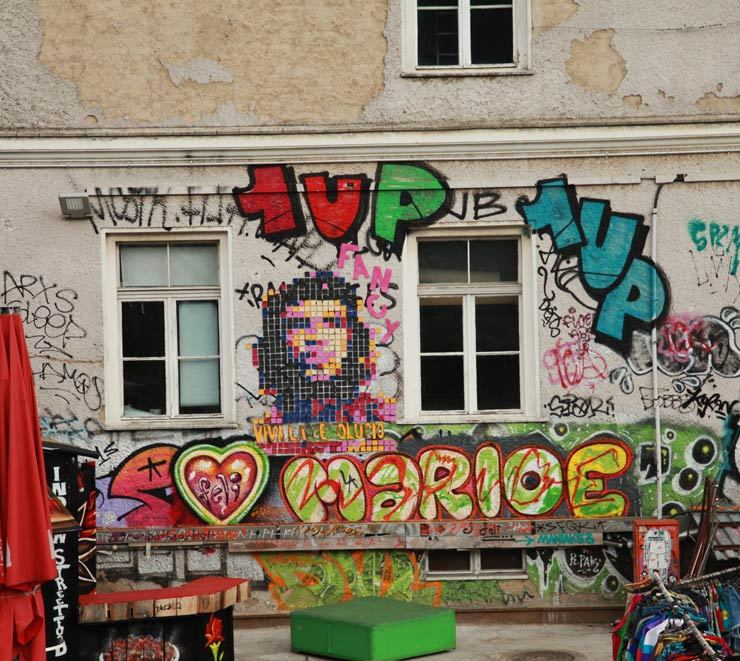