Southern food is a truly special type of cuisine -- and few know this better than Corey Simmons and Ramone Dickerson. These two Southern boys are the geniuses behind the world's first stuffed chicken wing, a treat they serve up on their food truck in South Carolina. The wings are stuffed with savory Southern staples, like jambalaya and mac & cheese, which both Corey and Ramone grew up eating.

In a lifetime of consuming and cooking hearty comfort food, Corey and Ramone, also the stars of OWN's "2 Fat 2 Fly," say they've come to realize that there are really only three classic dishes that every good Southerner knows how to make. 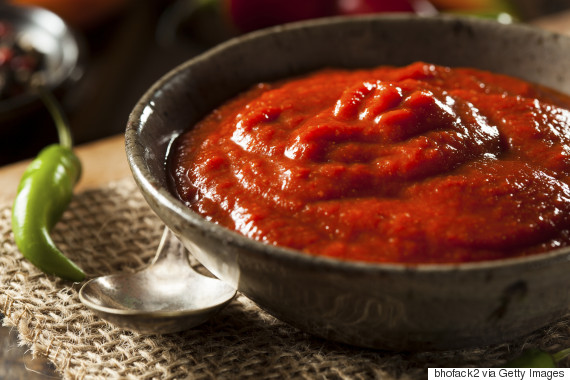 "First and foremost, I need you to know that this is the key staple," Corey says. "A nice, round, balanced, vinegar-y, tangy hot sauce."

These guys make their own hot sauce, which they insist that anyone can do. As Ramone points out, it all comes down to the peppers. He uses red peppers, orange peppers for a bit of sweetness and, of course, jalapeno peppers to bring the heat.

"Just in case you guys are wondering, the heat is in the pith -- not in the seeds," Ramone clarifies. "If you just want pepper flavor, you can cut that pith out." 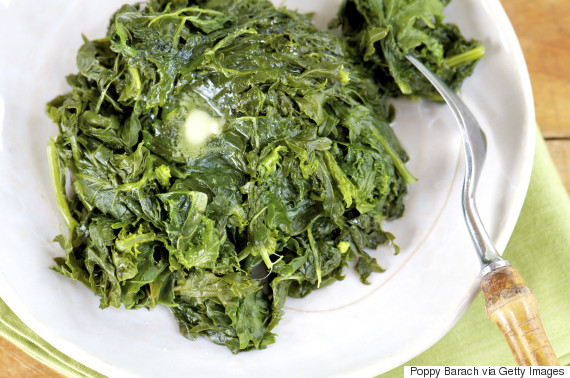 For as classic as collard greens are in Southern cooking, their bitterness can be off-putting. So, Ramone shares the cooking techniques that help convert even the most hesitant eater into a big fan of collard greens.

"We sauté them [in] a little bit of bacon fat, salt, sugar to balance out the bitterness," he says. "Then we finish it with chicken stock... That's how we love them!" 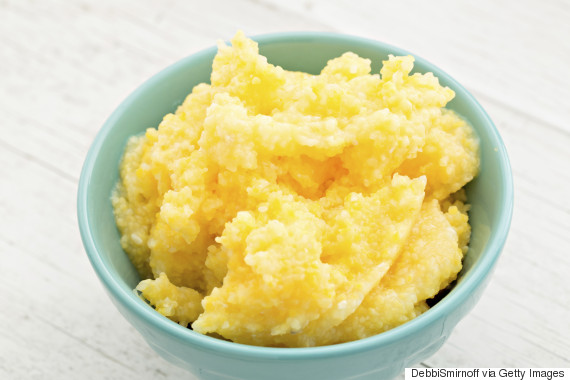 Finally, the men turn their attention to what Corey calls "the most amazing food ever." Stone-ground cream grits rounds out these Southern staples.

"We use coarse-ground. We like to soak them, [which] really softens up those kernels and kind of hydrates them," Ramone explains. "Cuts your cooking time in half as well."

He preserves that water and then uses it to cook the grits -- "It has a lot of nice starch," he says -- and adds the finishing touches after the grits have turned into soft, velvety granules: butter and heavy whipping cream.

"We go with some cream cheese and tarragon because we like to push the envelope," Ramone adds.

A Surprising Way To The Holy Grail Of Chicken
Brian Woodcock
Maple syrup is the secret weapon for getting crispy-skinned roast chicken in this recipe from Gena Knox's Southern My Way: Food & Family cookbook. You mix the sweetener with chopped pecans and some apple cider vinegar, and brush it onto the chicken for the last 25 minutes of cooking; the sugars help the meat develop a beautiful, crunchy exterior.

Get the recipe: Maple Pecan-Glazed Chicken
A Go-To Bird For All Seasons
Brian Woodcock
Knox has a terrific way to jazz up grilled (or grill-panned) chicken, and it only requires four simple ingredients: olive oil, garlic, cumin and lime juice. The vibrant flavors give the dish a warm-weather feel no matter what time of year you're eating it. To complete the meal, try it with a simple avocado and tomato salad, or black beans and rice.

Get the recipe: Lime Grilled Chicken
A Fantastic Use for Croutons (That's Not Salad)
Sarah Remington
Toasted baguette cubes can take a Caesar salad from good to great, and it turns out they can also work their magic in a one-pan chicken-and-vegetables dish, as Kelsey Nixon shows in her cookbook Kitchen Confidence. The croutons add a subtle crunch to the dish, softening slightly as they soak up all the flavor from the meat and vegetables (you can use whatever's in season, from parsnips to sweet potatoes to carrots to sugar snap peas).

Get the recipe: Lemon-Scented Chicken Thighs
The Best Chicken Salad You've Never Had
Put down the mayo and step away from the chopped celery: Chef Jody Williams has shown us a totally new (and amazing) way to make an American classic. The author of Buvette: The Pleasure of Good Food lays torn pieces of a still-warm roasted chicken (use a rotisserie one if you like) atop a bed of salad greens, boiled potatoes and haricots verts. Everything gets drizzled with a Dijon vinaigrette, and you've got a dish that feels light enough for lunch yet substantial enough for dinner.

Get the recipe: Roast Chicken Salad and Haricots Verts with Mustard Vinaigrette
The Throw-It-in-a-Pan-and-Forget-About-It Chicken
© Alexandra Grablewski
This dish came about out of necessity, improvised with items Sweet Paul magazine creator Paul Lowe had on hand when some unexpected guests showed up. As Lowe explains in his book, Sweet Paul Eat & Make, you simply lay chicken thighs in a baking dish; scatter lemon wedges, olives and capers over the top; pour lemon juice and olive oil over the chicken; and, bake for 25 minutes. The lemon juice makes the chicken tender and the capers and olives mix with the juices to create a tasty sauce.

Get the recipe: Chicken with Olives and Capers