Probably the most important skill I've learned in business and in life is how to engage with people -- how to form a genuine connection from the first moment we encounter each other. This valuable expertise has been honed throughout careers as a lawyer, a business development executive, a screenwriter and a keynote speaker, but it got a giant boost in the past decade from watching people, up close and personal, doing it really, really badly. That is -- watching people meet movie stars.

One of my side hustles in the entertainment industry is moderating Q&A sessions with writers, directors and actors during what is known in Hollywood as "Awards Season." Certain movies get campaigns, paid for by the studio, to win Oscars, Golden Globes, PGA, DGA, WGA and SAG awards, and a host of other awards you've probably never heard of. These campaigns generally include screening the movie and having the talent involved show up for question-and-answer sessions afterwards, often hosted by yours truly. At the end of these Q&As, a small percentage of the audience will come up to the talent to talk to them personally, which means that part of my task as the host is to stick nearby, just to make sure nobody's time is monopolized and no lines of impropriety are crossed. 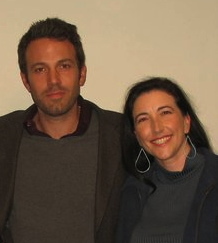 As a result, I've spent hours upon hours standing next to celebrities, observing how total strangers talk to them. Almost without exception, everyone who decides to approach a star comes up and starts talking about themselves -- where they're from, what they do, how much their life might be like that of some character in the movie we just watched (or one from 20 years ago). Only rarely have I seen a fan ask the star anything about the star's life, or even about their work, and if they do, it is often just a pretext to then start talking about what the fan really wants to talk about -- themselves.

My favorite example of this was when I moderated a Q&A with a writer-director who was dating the actress Heather Graham at the time. Heather came to the Q&A, and she and I stood off to the side as her boyfriend, the director, was mobbed by the crowd. But one woman decided to come over to talk to the actress.

She walked up and enthusiastically said, "HI!"

Heather, who could not have been sweeter or more pleasant, replied, "Hi."

The woman stood there, staring at her for an uncomfortable 3-4 seconds, then said, "My name's Heather, too!"

I get it -- whether encountering a movie star or walking into a room of potential business connections, it's hard to know what to say, but it is much easier if you think, "How can I engage with this person?" It helps to think of a good question to open with.

The second part of this is to listen to the other person's answer. That means actually listen! Do not just wait for them to stop talking so you can hop in with what you want to say, or hang onto their words just until they say something that you might be able to talk about, then leap in with that. 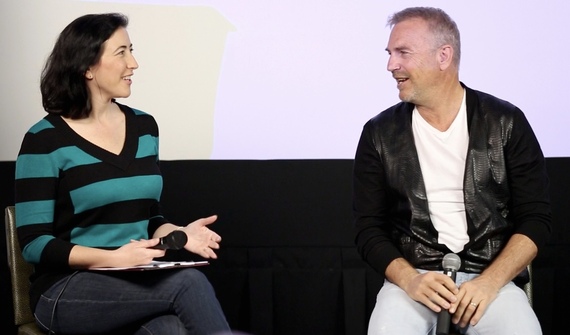 Listening is a skill, and every successful person I know has perfected it. In each encounter, decide in advance that you will sacrifice talking about yourself until asked. In all human interactions - business, celebrity or otherwise -- knowledge has value, and we all gain a lot more knowledge listening than talking. In fact, asking and listening can provide rewards beyond imagination. I recently experienced this first-hand.

At an event at the Directors Guild, Journey frontman, Steve Perry, came to introduce his friend, Patty Jenkins, who was getting an award. He was, by far, the most famous person in the room and during the after-party, was swarmed with fans. However, one moment when he was given a brief respite from the onslaught, I happened to be nearby and he glanced my way and we made eye contact. With that unique opportunity, and being truly curious, I asked, "Why The Eels?"

His face broke into a huge smile and he asked, "Were you at the show?"

"No," I replied, "I just saw it on YouTube. But that can't have been the first time you were backstage in the last 20 years. Why now? Why them?"

My questions were referring to a concert in 2014 by alt rock band, The Eels, at which Steve Perry came onto the stage during the encore and performed several songs, ending a two-decade hiatus from the spotlight. These questions launched him into an incredible discourse about the life of a rock star, the nature of fame, the reclaiming of oneself through finding the right person to be with, and I was privileged, if only for that minuscule window of time, to be in his inner circle hearing it.

I could tell that the people surrounding us were annoyed that I seemed to be monopolizing his time so much, but in truth, it was the other way around. I gave him plenty of chances to walk away, but he wanted to keep talking and honestly, so did I. It was fascinating, and a dream come true to be doing this with someone who was such a huge part of my most formative years.

And yet, in the 25 minutes that we were immersed in conversation, we were interrupted repeatedly -- repeatedly! -- by women who came up to us, stood waiting until their Rock God paused or simply took a breath, then leapt in to say, "I just have to tell you, I lost my virginity to your music."

I watched his face as he sweetly and politely switched back into public persona mode and gave some oft-spoken reply that didn't make them feel like the blithering idiots they were being just then. It bored and offended me hearing it four times in less than half an hour. I can't imagine having strangers say something so intimate and inappropriate to you all day long. More importantly, why would they?

When Steve Perry spots me in a room, he already knows three things -- my gender, a good approximation of my age, and the fact that I recognize him, which means he already knows how large a role his music played in my youth. I don't need to tell him that. In fact, I don't need to tell him anything when I would so much rather hear why he chose now to come back into the public eye, and who he loves and cares about, and how it is that the man who was once the most camera-shy rock star this side of Sia will now take a selfie with anyone who asks. I got to learn all of that and more. It wasn't an interview, it was a connection between two human beings who were genuinely interested in engaging with one another. 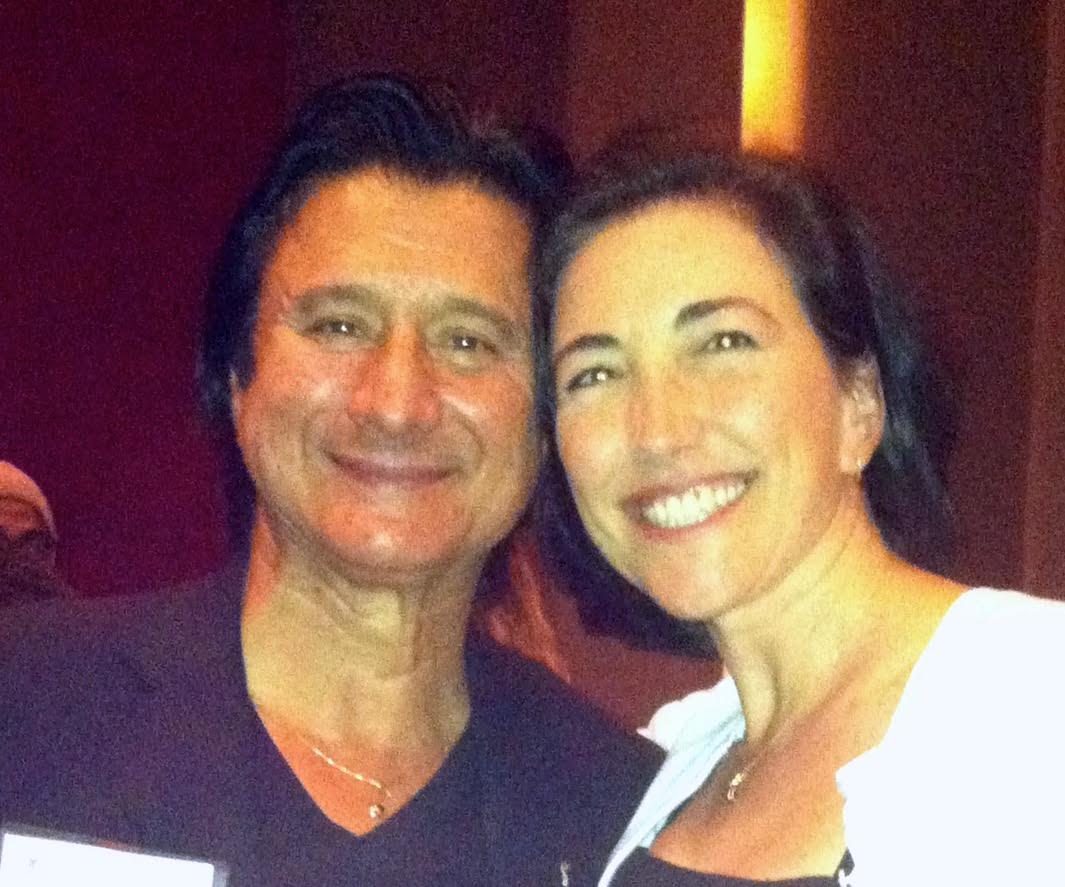 Steve Perry has heard thousands of times that some 40-something had sex to his music. Is that really what you want the conversation to be about in your one shot to talk to a legend? You are not the first person Ben Affleck ever met from South Boston. Kevin Costner gets that you and your dad both cried during Field of Dreams. If you have the rare opportunity to meet someone you have admired from afar for years, take a moment to decide what you want to gain from that encounter.

Is it really blurting out something about yourself that the other person has heard a thousand times, or do you want to capitalize on the chance to learn something true and authentic about one of your idols? Wouldn't it be amazing to ask the question that's never been asked, or that they are dying to answer? If you ever meet James Ellroy, ask him why he writes. He loves that one!

Everyone you meet face-to-face is a person, whether that's the CEO of the company whose account you need, the junior mechanic seeking your advice, or Sean Penn -- one of the kindest, most generous stars I've ever sat down with -- and no person wants to be networked, babbled at, preached to or even slobbered over. We all want to be engaged. We want to make human connections.

If you only have 15 seconds to meet someone and move on, make those 15 seconds count. Nobody cares whose music was playing when you lost your virginity. Everybody cares about the person who gives them the chance to share a small, meaningful piece of themselves. It's a gift to both of you.

This article was excerpted, in part, from Valerie Alexander's book, Success as a Second Language: A Guidebook for Defining and Achieving Personal Success.

Valerie is speaker, author and filmmaker. She works with companies seeking to retain their top talent by making happiness in the workplace a priority and ensuring that female professionals are recognized and rewarded for their work. Her books on Happiness, Success and Success for Women can be found on Amazon.com, and she can be reached directly through her website, SpeakHappiness.com.