Malaria was eradicated from United States of America in 1952-53. This is a disease that still puts 3.3 Billion people at risk. That is almost half the population of this world. It takes 10 minutes with Rapid Diagnostic Test (RDT) to find out if one has Malaria or not. There are Anti-Malarial Drugs available in the market that can cure this disease, "if you get access to them" and continue the treatment diligently. A disease that takes 10 minutes to be diagnosed, that can be prevented by the use of Insecticide treated nets (ITNs) and Long Lasting Insecticidal Net (LLIN) and is curable, should not exist in today's world. And people still die of it, every day. In fact every 60 second, a child dies of Malaria keeping the infant mortality rate very high in many parts of the world and pre-dominantly in Sub-Saharan African region.

Look at this chart of Millennium Development Goals

This charter was developed by United Nations in coalition with Governments of African countries to reach certain milestones by 2015. Lets look at how Malaria distresses the success rate of reaching milestones for other goals.

Advertisement
Malaria keeps people poor, affects their income level, their jobs and businesses.
Malaria is a leading cause of absenteeism for children in Africa.
Malaria is a leading cause of child mortality in Africa.
Pregnant women are 4 times more likely than other adults to contract malaria, which is life threatening for both mother and child.
Malaria significantly aggravates the condition of HIV-infected people and increases HIV transmission.
Malaria control requires a concerted global response from all sectors. Public-private partnerships have emerged to improve access to affordable malaria medicines and life-saving interventions.
Advertisement

How can a computer program combined with an S.M.S. tool help fight Malaria in Mozambique? 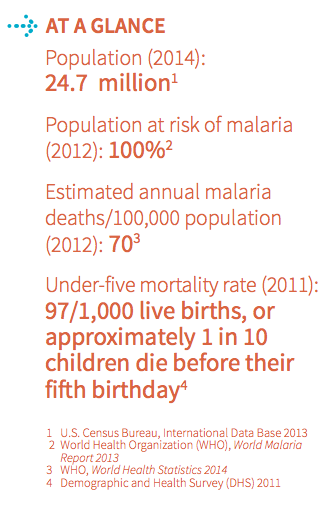 Malaria is considered the most important public health problem in Mozambique and accounts for 29 percent of all deaths, followed closely by AIDS at 27 percent. Among children less than five years old, malaria accounts for 42 percent of all deaths. With evolution of Rapid Diagnostics (RPD) and WHO guidelines, Mozambique has developed an army of community health workers that are the first responders for patients seeking malaria tests.

However, the data collection systems are weakest in this area. Community Health Workers (CHWs) use pen and paper resulting in loss of valuable data. Lack of Data makes it almost impossible to predict the trends and outbreaks. Further, there is no connection between inventory of RPDs, anti-malarial drugs, mosquito nets and the actual need. The supply chain system is heavily impacted and the donors are not confident to support the Malaria initiatives. And this worsens the conditions and the net percentage for Malaria deaths are not going down.

At Ycenter, we are putting the ACTION in EDUCATION. We believe that students have the potential to use their classroom education and transform it into creating solutions that addresses real world problems. 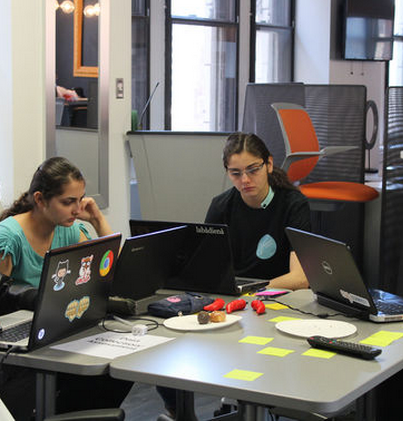 2 students in their senior year from Drexel University College of Computing and Informatics are now a part of Ycenter's international social innovation program. They have come up with an implementable idea to join the battle against this disease. They were the winners of a hackathon organized by Ycenter earlier this year for creating an SMS based reporting tool for Malaria called "Connect the Dots".


"Connect the Dots" is an electronic reporting-tool that enables near real-time monitoring of essential stocks and data on certain notifiable or outbreak diseases, starting with Malaria initiative. This tool allows Community Health Workers to report test results (both positive and negative) on the go along with other information of testing kits and the drug information for the patient. This creates a direct communication pathway between CHW and central hospital, which acts as a main terminal for monitoring trends and key indicators. A single tool can be used starting from community level all the way up to regional and national level. 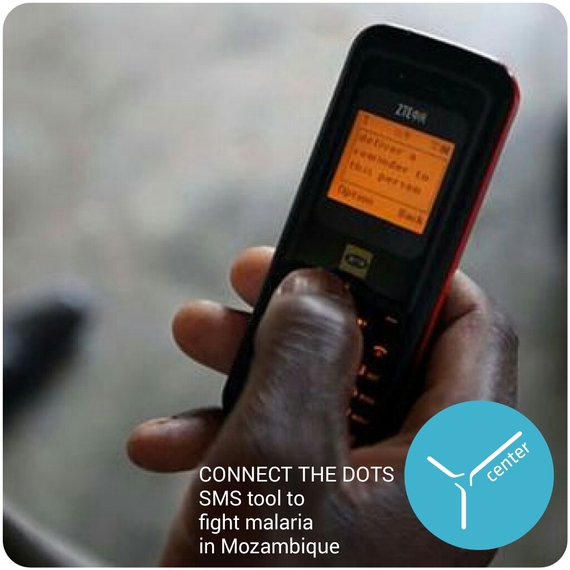 The technology itself is easy to be deployed and requires minimal training for adoption. It is designed with WHO international guidelines for Monitoring and Evaluation (M&E) tools of Malaria reporting.

Connect the Dots was the winner of Impactathon in june 2014 and recently a finalist at the 22nd Annual Wharton Africa Business Forum. At Ycenter, we are looking to collaborate with passionate people and organizations for greater good. If this project interests you, reach out to us, to find out more about it and how you can get involved.