You know how it is: Can't decide what to read, so you shut your eyes, reach out and open the first book you touch. So yeah, I randomly seized this: 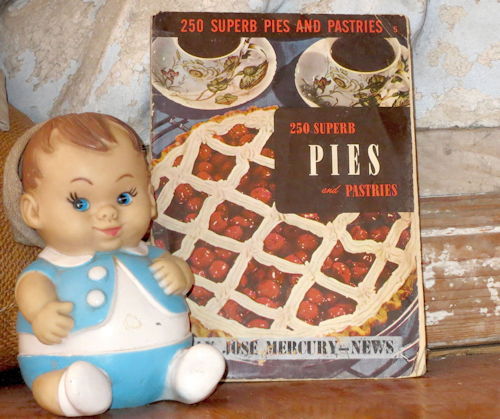 And why not read 250 Superb Pies and Pastries instead of, say, Choke? Sure, I don't bake. But old cookbooks reveal so much -- about what people ate, and/or what the food companies that funded these cookbooks tried to trick them into eating. 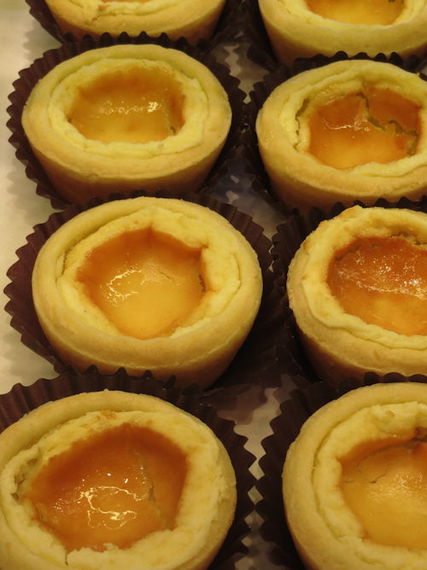 So 250 Superb Pies and Pastries (produced by the Culinary Arts Institute in 1950, with contributions from Borden, Kellogg, Kraft, Heinz, the Brazil Nut Fund and the Kalamazoo Vegetable Parchment Company) includes recipes for:

Green Tomato Pie: Sugar, flour, lemon juice and yes. GTs. Can also be made with ripe tomatoes for blood-red fun.

Fruity Cheese Pie: Gelatin, egg, sugar, milk, cinnamon, lemon juice, canned apricots and cottage cheese in a zwieback shell. I think this one has since been outlawed.

Applesauce Pie: clove-spiked applesauce in a cinnamon pie shell, topped with whipped cream. Because making canned things into pies is not horrible.

Persimmon Meringue Pie: Because lemons are not the only fruit.

Transparent Custard Pie: Butter, cream, egg yolks. ... Not quite as psychedelic as it sounds.

Grape Pie: Beat an egg with a cup and a half of sugar; add 2 cups fresh grapes. Add butter. Bake in plain crust. Weird.

Honey Pie: Not just the name of an obscure Beatles song. (It's on the White Album.) Also topped with that eternal game-changer, meringue.

Surprise Pie: You know you want to know. Spoiler alert: chocolate. And nuts.

Youngberry Pie: Sugar, butter, cornstarch and 3 cups of youngberries. Which, of course, you have heard of.

Coffee Pie: Why is this not served at every meal?

I realized while paging through this book that reading about pie felt like reading about snake wine or deviled ham, because pie feels faintly forbidden to me: Ever-present as an icon, but slightly imaginary and against the rules to eat. 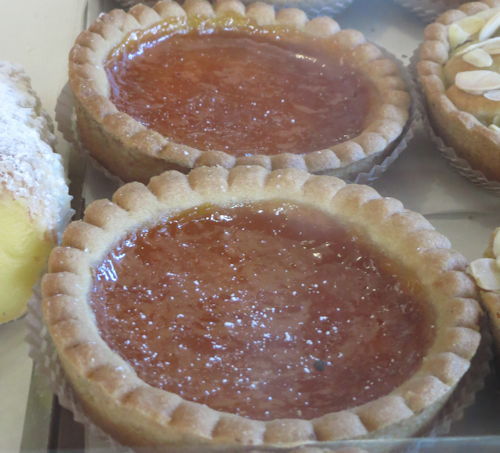 We never had pie in my childhood home. Nightly we ate ice cream and cakes purchased in Safeway's freezer case. We were not foreigners. We were born in America, so it's not as if, raised without them, we pointed uncomprehendingly at pies, asking in hushed tones: Is that thing an animal? A hat?

Was it that pie, along with Kool-Aid, Wonder Bread, Spaghetti-Os, sloppy joes, Oreos and other foods Mom shunned, were so American as to be too American for us? Did pie, simply by being pie, out-USA us? Was some Pie Patrol waiting outside our dining room, guns drawn, to smash the picture window if they saw us in there slicing you-know-what? To rush in screaming: You three are too creepy to eat anything as merry and mega-normal as pie! You re-use paper towels and buy cheap imitation Barbie dolls! You're all depressed! 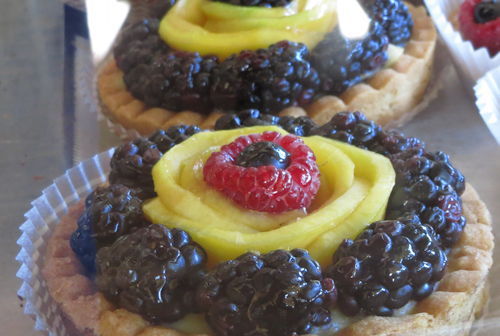 We did not discuss our not-eating pie. This state of being simply was, like something in a Camus book.

Whenever we saw pie, say on TV, Mom said: My father loves pineapple pie. She always said this, fondly, in exactly the same way, leaning proudly on the possessive pronoun, as if my grandfather -- who habitually gave me Archie comic books -- was a stranger to me.

But how was Papa, as we called him, permitted to like and ostensibly eat pie shamelessly as we were not? Did serving in the First World War elevate Papa to pie-eating normalcy? Dad served in World War II. I cannot recall his ever so much as saying "pie."

Hearing this remark about Papa so often, I -- like a remote islander who, after meeting one lone castaway, believes all mainlanders are blonde and talk in high-pitched whines -- came to assume pineapple pie was the best type of pie, or the most standard. When in fact: Pineapple pie? Who's even heard of that? Much less in mid-century New York City, where Papa was from.

Of course I've come to learn that most cultures have pies or pie equivalents. So, philosophically, what counts as pie? Whatever boasts at least a bottom crust? Pizzas are still sometimes called "pizza pies." 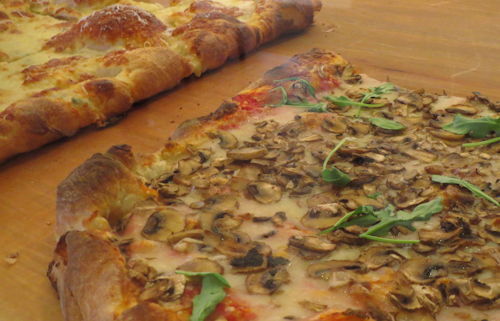 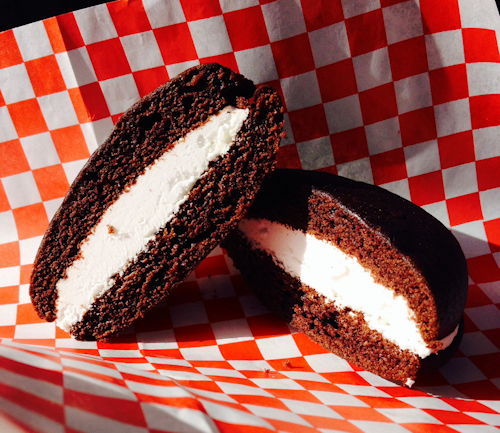 Oh what are Scooter Pies, moon pies and whoopie pies anyway but behemothic, fluffy Mystic Mints? Or, for that matter, miniature layer cakes? In Dessert World, where do we draw the line between sandwich and pie? 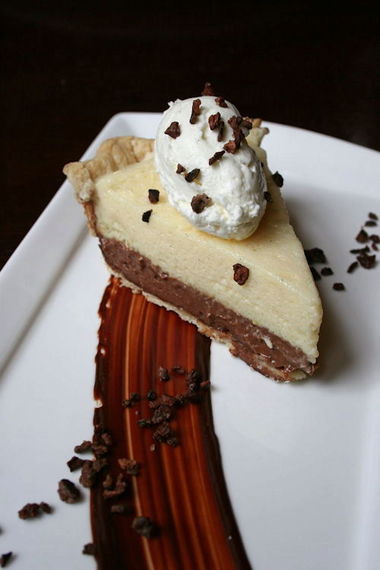 And I walked past a Berkeley shop selling pi-themed, pie-flavored fro-yo: 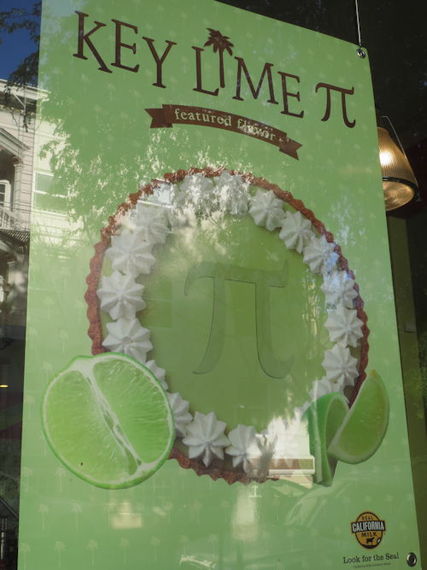 Which hurts my brain the way things do that are combined but should not be. Cookie-dough ice cream, say. And Cap'n Crunch cocktails. And carrot cake.