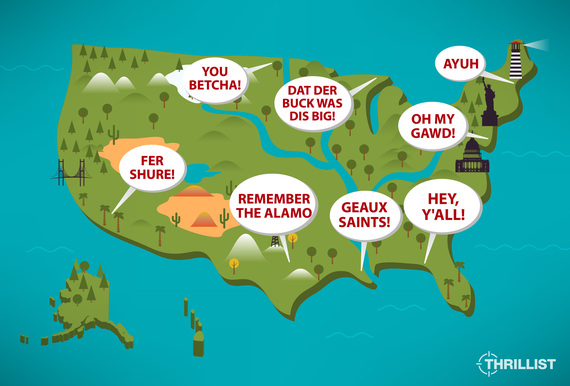 From sea to shining sea, the United States is one of the most culturally diverse countries on the planet. This means there are plenty of opportunities to mess around with the language, and what defines an "American accent" changes depending on where you are.

Thrillist has taken on the task of ranking a sampling of American accents from the most vomit-inducing to the most pleasant, with a little bit of dry heave in between. See where you fit in.

20. New Jerseyan
Oh my gawd! Jersey gets a bad rap. But it's not so much the state that is offensive as much as the accent. It's akin to the sound of chain-smoking rats mating in an oil slick under the George Washington Bridge. Except somehow, the hair is worse.
Prime example: Pauly D

19. Floridian
Florida is well known for its tourist attractions and for producing the weirdest headlines in the country, from bath salts to diaper-clad astronauts. To replicate the accent heard here, huff the nearest paint can, grab a piña colada, and find an alligator to gnaw on your toe. It's a mix between Southern, senior citizen, and misfit transplants from the Midwest and the Northeast. And it's gloriously grating, y'all.
Prime example: It's an accent so odd that not even the mighty Janet Reno can suppress it all the time.

18. Southern Ohioan
We get it: y'all want to be Southern, but you just don't quite get the right amount of twang in there, mainly because Ohio isn't actually in the South. The result is a half-arsed attempt to sound "down home." Give it a rest before you hurt yourselves, or just go ahead and make the move down to Kentucky.
Prime example: John Boehner 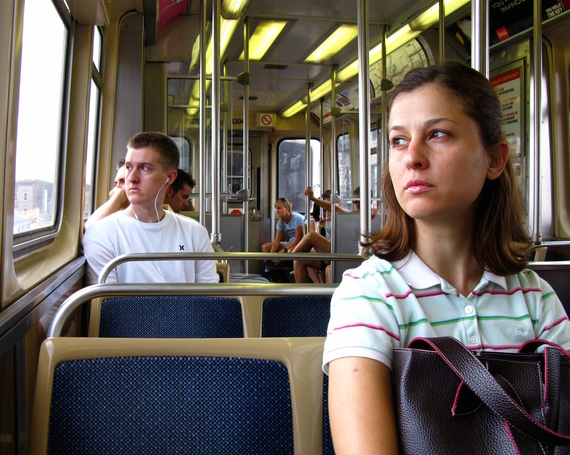 17. Chicagoan
The Chicago accent is the aural equivalent of a flapjack served at a characterless diner off I-80, if said flapjack were completely void of flavor, stale, and still frozen, and the diner were really a public restroom full of old, hairy truckers yelling in grunts over the sound of overflowing urinals. Really -- it's that bad. If you find yourself traveling to the Windy City, we recommend using charades as a form of communication in order to avoid hearing this God-awful accent.
Prime example: Chicago sports superfan Mike North, the real Bill Swerski

16. Long Islander
One of the most painful sounds to the human ear is the Long Island accent. Picture a screaming goat whose mouth is permanently jarred open blathering on and on about going to the "mawl" at "foyve o'clawk" to get some "cawfee" and there you have the accent of someone from "Lawwwwwwn Guyyyyland." It's enough to make you lose your "moynd."
Prime examples: Fran Drescher and Howard Stern

15. Georgian
Sometimes, Georgians talk like Andre 3000. Sometimes, they talk like extremely dignified Southerners from another era. But then, they talk like an extra from Deliverance. The one who was missing his teeth. And it's goddamned impossible to tell whether they want grits or need to go to the bathroom.
Prime examples: Jason Aldean, those nice fellas from Burt Reynolds' canoe trip 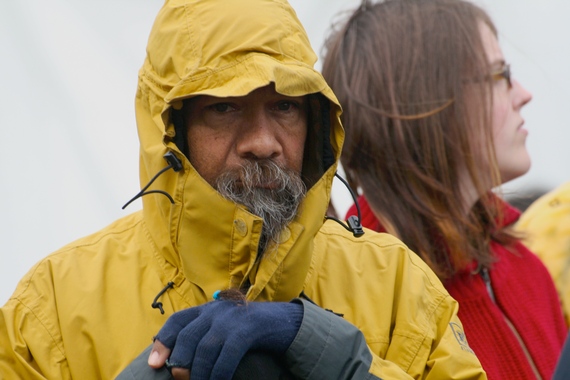 14. Pacific Northwesterner
This region earns its placement on our list for having a non-accent. Seriously, with all that time on your hands during rainy days, you couldn't muster any unique way of speaking? You all sound like local newscasters suppressing inflection, except instead of issuing Amber Alerts you're complaining about how you ordered soy milk, but the barista gave you hemp milk.
Prime example: Any non-Southern 5 o'clock news anchor

13. Yooper
We're cutting residents of Michigan's Upper Peninsula a bit of slack for their obnoxious habit of turning every long "O" into an "ooooooh" sound based on the isolation and harsh weather conditions. But if this were just based on the sheer aural torment -- picture a tornado siren echoing through an empty grain silo -- you have to endure when listening to one of these backwoods creatures tell you about the big buck they bagged, "Oh yah, dat der buck was dis big I tell ya, eh," it would probably be ranked closer to Chicago.
Prime example: Just rent Escanaba in da Moonlight.

12. Upper Midwesterner
It's enough to elicit a look of disgust even if it weren't being uttered by some of our generation's goofiest politicians (Rick Snyder) and worst murderers (Fargo). Essentially, it's the sound of a nasally mosquito with its testicles permanently frozen to its abdomen, and there are variations of it throughout the region. Specimens of this accent variety can typically be heard using the following words at least five times in one sentence: "now," "then," "there," "what," "now," "who," -- often summed up with a nauseatingly exuberant "You betcha!"
Prime examples: Bobby's mom, Margie Gunderson 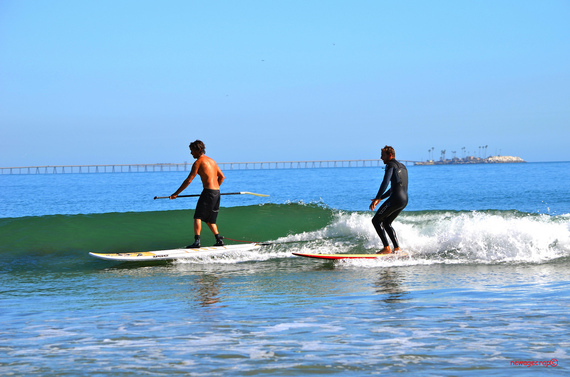 11. Southern Californian
Our undying love for Point Break prevents this obnoxious accent from being at the bottom of the list, but this squawking, nasally speech pattern sounds like somebody put numbing agent on your tongue. And tongue rings are soooooooo 1992.
Prime examples: Every Keanu Reeves character from the '90s

To find out which regional American accents made the top 10, get the full story at Thrillist.com!