The Simpsons, in all its satirical glory, is America's longest-running animated television series and longest-running sitcom. The Simpsons (the family and the show) has provided viewers with lots of laughs and even a dose of knowledge. (Seriously. There are several colleges that offer a variety of Simpsons-themed courses.)

While The Simpsons has shown us the lighter side of history, politics and pop culture, one thing they haven't shown us is their home state. This ongoing gag has stirred up quite the tug-of-war among Simpsons fans wanting to stake their claim to being the home of the famous yellow-tinted family. In an interview with Smithsonian magazine, the show's creator Matt Groening said that he named the city, which the Simpson family calls home, after Springfield, Oregon. The keyword in that sentence: "named." Now, I firmly believe that after naming the city, the show's writers and even the creator himself found there could be only one Springfield in this country that could possibly hold all that wackiness, political corruption and lovable people -- and that's Springfield, Illinois.

Don't believe it? Check out the list below for proof that the Simpsons live in Illinois:

20. Fracking was introduced to The Simpsons community, and coincidentally, around the same time this episode aired Illinois had just passed regulations that will allow fracking to begin in the state: 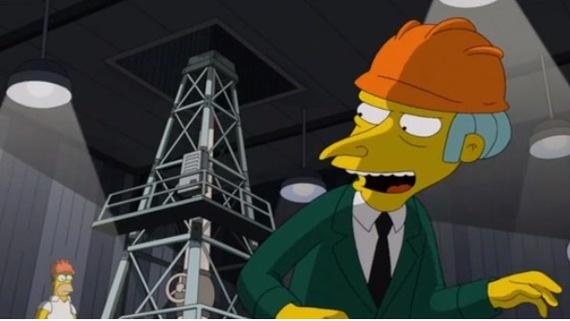 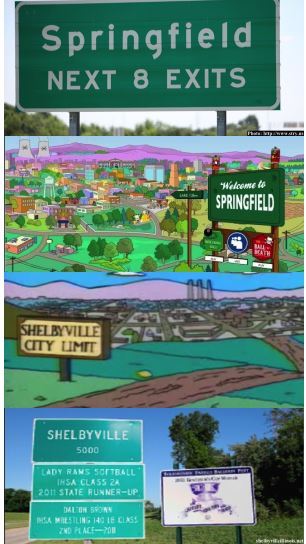 18. Politicians that seem to serve forever? Yep, Illinois has got that down pat. Both Springfields make it pretty near impossible to pass term limits.

17. Nuclear Power is important to both of us, as Illinois has more nuclear power plants than any other state in the nation.

16. The voice of Homer Simpson, Dan Castellaneta, was born in Illinois, and is a Northern Illinois University alumni; perhaps The Simpsons creators wanted a native that could capture the Illinois accent. 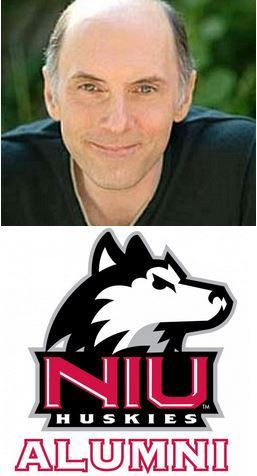 15. During the "couch gag" at the beginning of the episode "The Ziff Came to Dinner," the screen pans out to the map of the United States, and the location is smack-dab over Illinois.

14. We think everyone will agree that some corrupt Illinois politician has done this at some point: 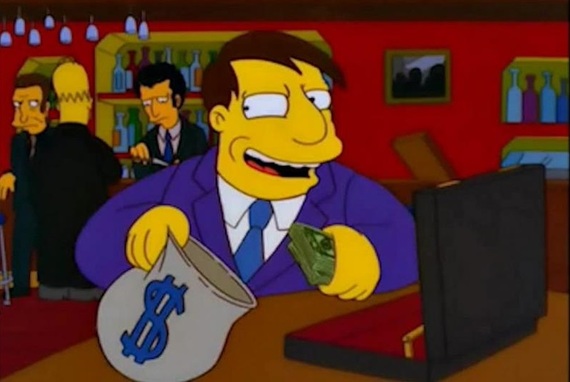 13. We share the same complaint about our leadership: They're never in Springfield. Gov. Pat Quinn only resided in Springfield 14 percent of 2012, while Mayor Diamond Joe Quimby's appearance was so rare that it made the front page of the newspaper: 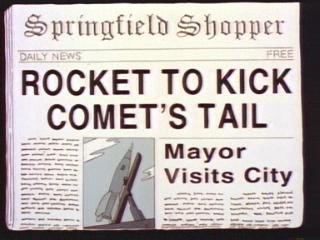 12. In the episode "Blood Feud," Mr. Burns sends a letter to the Simpsons household, and the addresses say, "Springfield, IL." 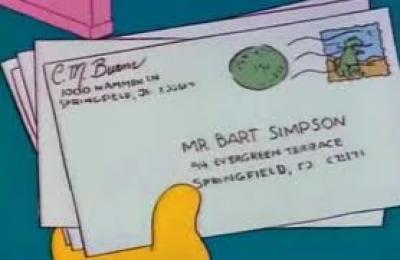 10. Both Springfields have a Lake Springfield! Our Springfield's power plant is coal-powered, not nuclear, and no three-eyed fish have been reported there. But still. 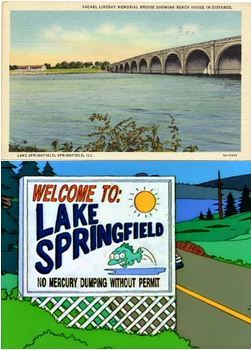 9. Both of us want lower taxes, but don't want our services cut.

6. It's common for taxpayer money to go missing:

5. Mayor Quimby loves slush funds and kickbacks, and so do corrupt Illinois politicians: 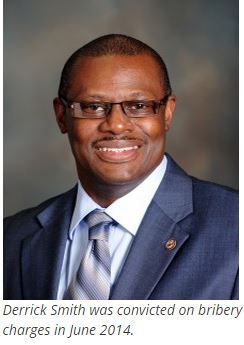 3. The "Budget Deficit Rag," might as well be the Illinois state song:

2. Krusty the Clown bears a resemblance to another TV clown from Illinois: Bozo. 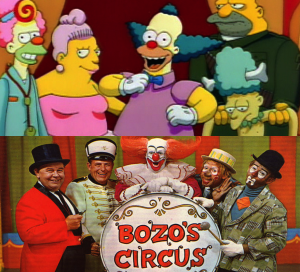 1. And finally: The government seal for Springfield in The Simpsons is quite similar to Illinois', complete with the motto: Corruptus in Extremis. How fitting. 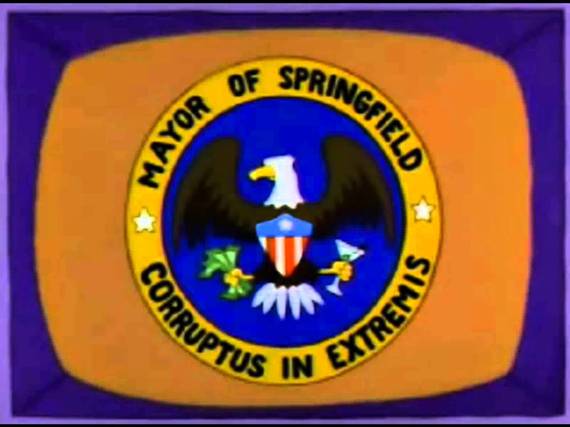