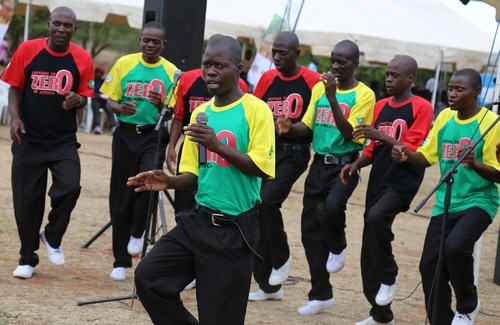 This week, world leaders gather in New York for the United Nations General Assembly High-Level Meeting on Ending AIDS to chart the way forward towards ending the AIDS epidemic as a public health threat by 2030 as laid out in the newly adopted 2030 Agenda for Sustainable Development.

A new report from UNAIDS shows that the number of people with access to antiretroviral therapy--life-saving medicines that suppress the HIV virus and stop disease progression--has more than doubled since 2010, bringing the new total of people on HIV treatment around the world to an estimated 17 million at the end of 2015.

This is certainly a boon to people living with HIV and cause for celebration for those who have long fought for the right to health and ensuring that HIV treatment is within reach of any person who needs it. The extraordinary scale-up of antiretroviral treatment is the result of the tenacious advocacy of people living with HIV - their loved ones, families and friends, as well as civil society, national governments, international actors and the private sector.

Without a doubt we have made tangible progress. While declines in new HIV infections among adults have been encouraging, according to the latest UNAIDS report, these declines have now slowed. We have not done enough to reduce the exclusion, stigma and discrimination that fuels the spread of HIV and impedes access to services and support.

In 2012, the UNDP-led Global Commission on HIV and the Law, concluded that ending AIDS as a public health threat was within reach but only if science and action were accompanied by respect for human dignity and efforts to end injustice. The same holds true today.

Decades into the global AIDS response, marginalised populations such as men who have sex with men, sex workers, transgender people, people who use drugs and prisoners, continue to bear a disproportionate burden of HIV. The UNAIDS report shows that more than 90% of new HIV infections in central Asia, Europe, North America, the Middle East and North Africa in 2014 were among people from these key populations and their sexual partners. Punitive laws, discriminatory and brutal policing and denial of access to justice create and punish vulnerability. They promote risky behaviour, hinder access to prevention and treatment services, and worsen the stigma and inequalities that make them more vulnerable to HIV infection.

Young people and adolescents are also being left behind in the AIDS response. Young women and adolescent girls are particularly vulnerable to HIV infection, especially between the ages of 15-24 years old. They account for 20% of new HIV infections among adults globally in 2015. Key drivers of their increased vulnerability are harmful gender norms and inequalities, poverty, food insecurity, violence, and obstacles to education and sexual and reproductive health services in the form of archaic and often contradictory age-of-consent laws.

So what will it take to truly turn this epidemic around? Universal access to treatment is simply not enough. We need to increase HIV investments in low, middle and high income countries not decrease them. Ending stigma, and discrimination requires significantly increasing investments in law and policy reform, human rights programmes and efforts to meaningfully include those we have left behind in the global AIDS response.

Reducing inequalities and discrimination in all their forms is at the heart of the 2030 Agenda for Sustainable Development. While we should celebrate the milestone of 17 million people on HIV treatment, we have to remember that same treatment is out of reach for the other 20 million. To end AIDS as a public health threat and to build a more sustainable world by 2030, the global community must give top priority to leaving no one behind. This is the moral imperative of our time.

United Nations General Assembly High-Level Meeting on Ending AIDS will be held from 8 to 10 June 2016 in New York.