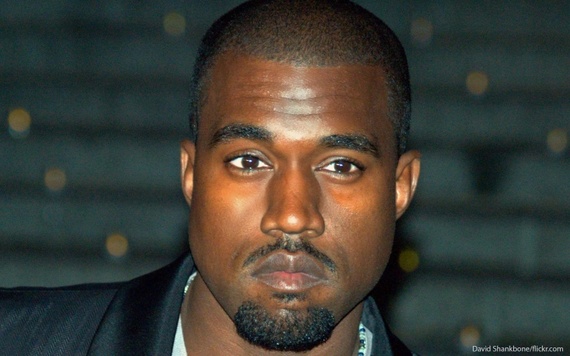 According to Forbes, Kanye West averages $1.1 million a night while touring and has raked in about $72 million before taxes over the last three years. Yet, the rapper and fashion designer recently took to Twitter to announce that he's $53 million in debt. Moreover, he wants Facebook founder Mark Zuckerberg to give him $1 billion.

Visit GOBankingRates for more finance news on your favorite celebrities >>>

Based on West's follow-up statements, the musician isn't really broke; he just has a serious money management problem, including outrageous spending habits that consume his income.

"Yes I am personally rich and I can buy furs and houses for my family," West later explained on Twitter. However, he wants someone else's money in order "to bring more beautiful ideas to the world." Read on to discover what extravagant purchases have contributed to West's monetary woes.

West's spending problems might be due in part to his relationship with wife Kim Kardashian. In fact, the celebrity proposed to his reality star girlfriend with a 15-carat diamond ring designed by celebrity jeweler Lorraine Schwartz. According to Glamour, the ring features a huge center stone, rated D Flawless, that rests on a ring of diamonds to amplify its sparkle. Jewelry expert Michael O'Connor told E! News that the token likely cost West between $2.5 million and $3 million.

According to Radar Online, West spares no expense to make sure Kardashian looks glamorous at all times. During his Yeezus tour, the rapper reportedly spent $250,000 to have his wife's glam squad available at all hours.

Although Kardashian's trusted stylist, hairdresser and makeup artist are all based in Los Angeles, West paid a fortune to ensure they would hop on a private jet to fly to her location 24/7.

West also has a tendency to take his own private jet trips, and apparently international jaunts are no exception. According to TMZ, West made at least three trips from Paris to L.A. via private jet to attend OB appointments with Kardashian while she was pregnant with daughter North. Those three trips alone reportedly cost the singer around $100,000.

West drops thousands of dollars at a time on flowers for Kardashian. According to Elle, on Valentine's Day in 2014, West bought 1,000 red roses for about $3,750. He followed up this display on Mother's Day by purchasing an entire wall of white roses, hydrangeas and peonies estimated to have cost $136,000. That's about $140,000 for two special occasions within a six-month span.

It seems West is also fond of gifting his wife Birkin bags, which range from $10,000 to $100,000 a pop, according to Entertainment Tonight. On one occasion, West bought a purse and allowed 1-year-old North to customize it with fingerpaint for Kardashian's birthday. The rapper also gave his wife a Birkin that was hand-painted by artist George Condo and cost $40,000, according to Elle.

For Kardashian's 35 birthday, West rented out Cinépolis Luxury Cinemas in Westlake, Calif. for a bash that included a private screening of the Steve Jobs biopic, MSN reported. The facility -- which offers gourmet food, reclining leather seats and an outdoor salon area -- was featured on CBS Los Angeles' list of the best luxury cinemas.

It's not known exactly how much West paid for the party. The Cinépolis seats 618 people and, while adult tickets are generally $19, West might have qualified for a group discount. The Daily Mail reported that Donald Trump spent $8 per person to rent out a less-lavish theater in Iowa, not including popcorn. With those figures in mind, West likely spent at least $5,000 on rental fees alone.

Last Christmas, West bought Kardashian more than 150 gifts, including a multi-colored Louis Vuitton fur coat that retailed for about $39,000, according to People. In a Vanity Fair piece, Kardashian let the world know her husband didn't just shop online for gifts, either. West went to extremes such as sending his assistant to Italy and shopping himself via Skype.

West also spends lavishly on North, as he demonstrated during the 2014 holiday season, when he reportedly dropped about $74,000 on gifts for his daughter with Kardashian. According to NYMag.com, the bulk of that sum was spent on a $62,000 diamond tiara for the toddler.

West isn't stingy when it comes to gifts for close friends, either. According to Complex, the rapper bought Jay-Z a $34,000 Lions & Sons' Divora Skull in yellow gold, featuring red topaz stones, for Father's Day, and delivered it personally via private jet.

While West is clearly generous with friends and family, the celebrity also spends exorbitant sums on himself. At the 2010 BET Awards, West took the stage for what many called a "comeback performance." To celebrate the occasion, he wore jewelry valued at more than $300,000, according to Rap-Up. The singer's Egyptian-inspired accessories included a four-finger gold ring featuring two pyramids and a huge chain with the image of Horus, the god of sky, war and protection. Both pieces were designed by Jacob & Co., jeweler to the stars.

In a Vanity Fair article, West revealed that he loves having diamonds on his teeth. However, because the singer doesn't like having to take his diamonds out all the time, he had the stones permanently installed across the bottom of his mouth.

West's grill could have easily cost $60,000, according to New York Daily News. The site interviewed Dr. Jay Rashbaum, a cosmetic dentist who has performed similar procedures and estimated the cost at $1,000 to place each diamond tooth, not including the stones. Although we don't know exactly how much West paid for his dental work, Complex reported that Lil Wayne spent $150,000 on his diamond-encrusted smile.

West takes his hair seriously, too. In 2010, when West and Rihanna were on tour, West reportedly got a haircut every day and paid his barber, Ibn Jasper, $500 a pop for the privilege, Rihanna's dad, Ronald Fenty, told heatworld. At that rate, West spends more than $182,000 a year on haircuts alone.

West's penchant for luxury also extends to his vehicles. In 2011, the rapper turned heads by pulling up to the amFar Cinema Against AIDS event in Cannes, France, in a new McLaren Mercedes SLR Stirling Moss, which is one of only 75 in existence. According to Huffington Post, the car's worth was about $1.7 million. West's fleet has also included a Mercedes-Maybach, a Mercedes G500 and a Lamborghini Gallardo at various times, according to TheRichest.

West reportedly takes his family's security seriously. According to the New York Daily News, he reportedly spent more than $2 million on a pair of armored Prombron SUVs built by Latvian-based Dartz Motors. The trucks are designed to withstand gunfire, bombs, landmines and even rocket-propelled grenades.

West has allegedly taken security into his own hands on at least one occasion. In 2014, a young man reportedly insulted Kardashian outside of a Beverly Hills doctor's office, screaming racist and homophobic slurs at the star. According to Radar Online, Kardashian called West to the rescue, and upon arrival the rapper punched the man in the face multiple times. West settled the case out of court for a sum of $250,000.

Granted, everyone needs a roof over his head, but West is one of the few people who boasts several. During a Vanity Fair interview last year, West, now 38, revealed that he has maintained an apartment in New York City since he was 26. According to Vogue, the 2,000-plus-square-foot apartment in the pricey Soho neighborhood includes features such as French limestone, pearwood and large stone structures. Despite these luxe accommodations, the Kardashian-West family lives mainly in California.

In 2013, West and Kardashian bought a 9,000-square-foot Italian villa in Bel-Air, Calif. According to People, the house boasts a gym, movie theater, hair and makeup salon, bowling alley, basketball court and indoor and outdoor pools. However, the couple decided the home needed extensive renovations and went to live with Kris Jenner while it was being remodeled.

"After you have a baby, you realize that you need so many other things and a different kind of space," Kardashian told People about the couple's decision to purchase a second home before construction on the Bel-Air property was finished.

Costing $20 million, the mansion in Hidden Hills sits on 3.5 acres and features two swimming pools, two spas and a vineyard.

West's creative vision doesn't come cheap. According to HipHopWired, in 2012 the rapper held bragging rights for creating two of the most expensive hip-hop videos ever. "Touch the Sky" reportedly cost about $1 million, while "Stronger" came in at $1.2 million.

According to Radar Online, West insisted that the Yeezy 3 fashion show be held at Madison Square Garden. Renting the venue is estimated to cost about $150,000 before a single model is styled, and West hired more than 1,200 models, including supermodels Naomi Campbell, Veronica Web and Alek Wek. Generally, putting on a runway show costs at least $460,000, according to reports, but West demanded elaborate catwalks and a slew of last minute changes that added an astronomical amount to the bill.

At the end of the day, West reportedly spent about $2 million of his own money to have it his way.

This article, 20 Outrageous Purchases That Led Kanye Into Debt, originally appeared on GOBankingRates.com.