There's no bigger change in a woman's life than becoming a mother for the first time. With my first child, it seemed like every day brought a hundred new surprises.

But when I became pregnant for the second time, I thought I got this! And in some ways, that was true. I didn't stress nearly as much about every little thing. But I quickly learned that boy number two was his own person -- and that I still had a lot to learn.

Here are 20 things I learned from the second baby.

1. Just because your pregnancy went a certain way with the first child doesn't mean it will go anything like that with the next one.

2. A baby doesn't have to be carried all that carefully. In fact, he'll adjust quite easily to being carried like a football.

3. You'll worry to death about the first one no longer being an "only child" while you're pregnant. He'll be just fine.

4. Even a relatively young baby will find a way to fight with his older sibling.

5. Five stained onesies can make up a baby's entire wardrobe.

6. You can survive bed rest even though you'll be convinced you'll never make it. You might be surly, but you can do it.

7. Your body doesn't bounce back quite as well with the second one (if it ever did in the first place).

8. You can indeed be more tired than you ever thought possible.

10. You can do the same things you did with the first one and the second one will still turn out totally different.

11. You no longer think having one kid is hard.

13. You're not a yeller, you say? Well, if you ever want to be heard above the kids, you are now.

14. I do not indeed have an unlistenable singing voice.

16. Sometimes the closest thing to a break you'll get will be lying on the floor while two children straddle you and yell "Yeehaw!"

17. Childproofing is not childproof.

18. A small child can scale a piece of furniture before you have time to wipe your nose.

20. There is enough room in your heart to love another child just as much as you loved the first one. 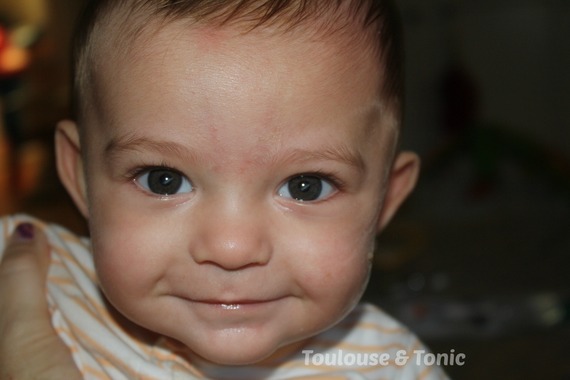