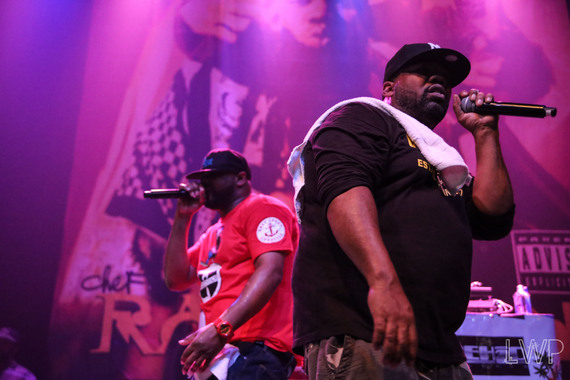 FACT: Corey Woods, better known as Raekwon, AKA the Chef, AKA Lex Diamond, one of the original members of the legendary Wu-Tang Clan, is a musical genius.

ALSO FACT: Raekwon's debut solo album Only Built 4 Cuban Linx, AKA The Purple Tape, released 20 years ago this month, is universally known as one of the greatest, most influential hip-hop albums of all time.

Rae's 1995 release has garnered countless praises from the likes of Spin, Rolling Stone, The New York Times, and of course the iconic 5 Mic ranking from The Source Magazine -- back when the ranking really was the holy grail of hip-hop. More significant than media publications, OB4CL is in that classic hip-hop street corner conversation of the best hip-hop album of all time.

What may come as a surprise to the casual fan is that Raekwon may also be a genius in an entirely different realm, the world of fashion collaboration and culture and lifestyle branding.

In late July, I went to the NORVA in Norfolk, Virginia for a stop on the OB4CL 20th Anniversary Tour, featuring the aforementioned Lex Diamond and his partner in rhyme, another original member of the legendary Wu-Tang Clan, Ghostface Killah, AKA Ironman, AKA Tony Starks. It was Rae and Ghost along with the album's producer RZA that laid the foundation for Only Built 4 Cuban Linx.

The venue was sold out -- 1,500 fans rocking Wu shirts, Polo jackets, and Wallabees all fashion significantly influenced by the Chef himself. On stage, Rae and Ghost delivered OB4CL classics anthems like, "Criminology" "Ice Cream" "Glaciers of Ice" in addition to popular songs from Wu-Tang's debut album 36 Chambers and their respected solo careers, which spans over two decades.

As the tour is now coming to an end with the final show being at SOB's in New York City on August 20th, it's another aspect of Raekwon that is truly impressive. His innovative marketing, product collaborations and lifestyle branding has set the 20 year celebration for OB4CL apart from the anniversaries of other classic albums such as: Nas's Illmatic, Notorious BIG's Ready to Die and Mobb Deep's The Infamous.

It is Raekwon that has mastered unique, digital, and modern ways to celebrate the album and the classic time period of the mid-nineties. There is no doubt that the over 30 tour dates that crisscrossed the U.S. is a fitting tribute all in itself. But Raekwon has incorporated exclusive, limited-released fashion products, that make not only the album but the time period come alive.

"Only about 70 percent of listeners truly understand what the album is about," Rae said to me after the show in Norfolk. "It [the album] is a movie. It's a movie that chases pain -- glory. Trying to move forward and escape to a place where we can say we made it... we're free. It's a movie on wax."

Subconsciously, the Only Built 4 Cuban Linx movie had a wardrobe. The inspirational fashion of the mid-nineties was all about inner city luxury and sportswear. Timberland boots, Tommy Hilfiger and of course Polo dominated the culture.

Raekwon captures the essence of the time with his first exclusive products associated with the 20 year anniversary of OB4CL. He introduced the Linx Beach MK1 & MK2 Jacket, designed by Rae in association with his company CL95 Inc. The jacket was inspired by Polo Ralph Lauren's Snow Beach Jacket, which the Chef made popular in Wu Tang's "Can It Be So Simple" video. The mere sight of the jacket takes even the casual hip-hop fan back to early 90's New York City. 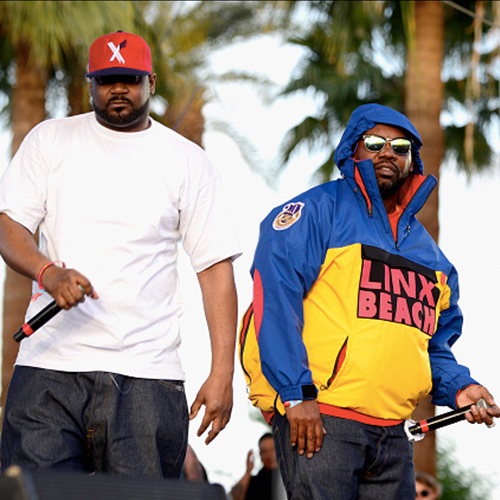 The anniversary tour and the Linx Beach jackets were just the start of Rae's fashion collaborations. He drove hip-hop (and fashion) fans into frenzy with the announcement of the Packer X Raekwon X Diadora X New Era "Purple Tape" Capsule Collection. 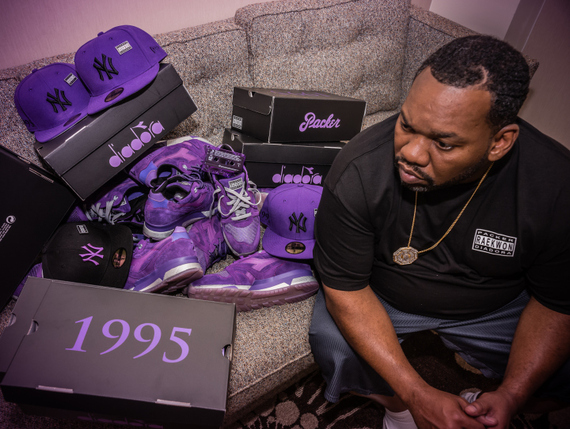 In addition to all the exclusive product releases, Rae plans to release a documentary movie the Purple Tape Files which details the making of the classic album. The film is tentatively scheduled for a fall release. Rae said about the film, "The film is more organic -- it talks about how we made Cuban Linx -- what it meant to us -- and some of the details that really carried the album out. It [is} definitely an interesting watch."

Raekwon of the Wu-Tang Clan Trailer from stephan malik on Vimeo.

If you've ever wondered how Raekwon has been able to maintain his standing as a cultural influencer 20 years after the release of the Purple Tape, the true answer is: authenticity. Raekwon is one of the most authentic people in the industry and that authenticity translates across generations, genres and father time.

"It's about being passionate first. It's all about being a great artists and knowing what it takes to maintain. You have to be creative and can't trap yourself in one door to be successful," said Raekwon. He concluded by saying, "I am a product of my environment but I kept my hopes and dreams in the proper perspective and they came to be," said Rae. "And If I can make it -- you can make it too. That's the message of Raekwon the Chef."

Founder of The Cheats Movement Blog: The Intersection of Hip-Hop Culture & Community Activity