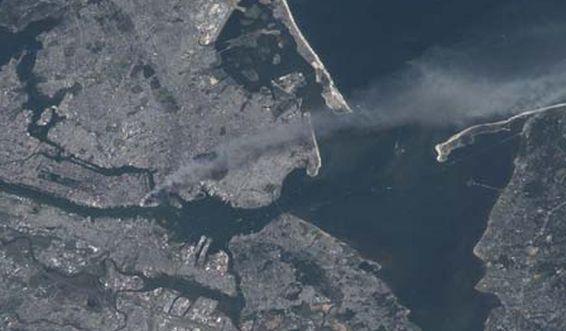 Plume of smoke from the burning World Trade Center on September 11, 2001, as seen from the International Space Station. Image Credit: NASA

Something Else Died on 9/11 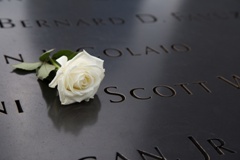 On this fifteenth anniversary of the 9/11 attacks, we remember the innocents murdered that day, the courage of police and firefighters, the deliberately shocking brutality of the act, and the wounded lives left in its wake. Osama bin Laden is dead, but Islamist terrorism lives on, the Middle East has descended into seemingly unending war and chaos, and a toxic mix of religion and tribalism fans the flames. We feel the heat even in America, where religious and racial xenophobia fuel the candidacy of an authoritarian demagogue.

We have plenty to mourn, but this eulogy is for something else that died on 9/11. It may seem trivial at first, especially against the backdrop of the lives lost on that day, but this is a different kind of loss. It was an alternate version of the year 2001, and a piece of our American spirit, of our genius and hope, died with it on 9/11. For me it lives on in a memory of another fifteenth anniversary.

I was fifteen years old when I first saw Stanley Kubrick's 2001: A Space Odyssey in 1968 -- old enough to be awestruck, smart enough to appreciate its stunning technical realism, and socially inept enough to tolerate the less-than-stellar dialog. I knew I didn't fully understand this movie, but I loved it. I saw it several times that year and bought a copy of the soundtrack album. I even bought one of the thin but expensive souvenir booklets they sold in the theater lobby, which I mistakenly thought would explain the mysterious ending.

A Time of Hope

The energy and optimism of that time were palpable. America was still surfing a wave of postwar prosperity. The race to the moon was nearing its climax, and we were winning. Within my living memory, which back then spanned little more than a decade, we had gone from humbling explosions on the launch pad to the majestic Saturn V. The robotic Mariner 4 spacecraft had returned the first flyby images of Mars three years earlier. Eight months after 2001 was released, Apollo 8 would orbit the moon. Seven months after that, Neil Armstrong and Buzz Aldrin would walk on it. Our progress in robotic and human space exploration was stunning. 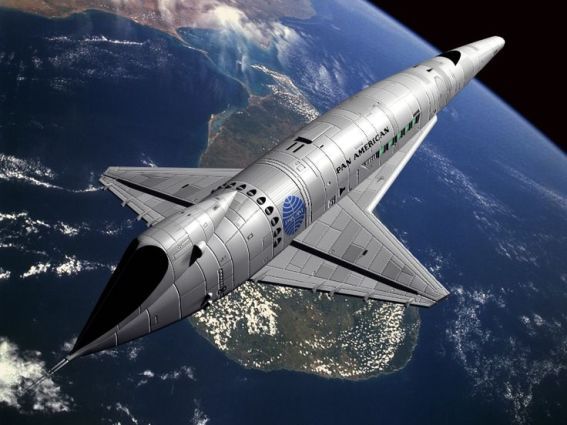 Kubrick and Clarke's extrapolation of this trend thirty three years into the future seemed completely plausible. Of course we would have lunar colonies in 2001. Of course we would have Hilton hotels and Howard Johnson's restaurants in giant, wheel-shaped space stations. Of course we could just book a flight to the moon on Pan Am. And the film's optimism was not merely technical. In 2001 we would share the space station with the Soviets, who would also have lunar colonies, and only a hint of cold-war suspicion would persist. Humanity would have mostly conquered its inner demons, and now we would cooperate to explore the cosmos.

The collision with reality began well before the real 2001 arrived. The Soviet Union disintegrated, only to be replaced by an equally dysfunctional oligarchy. Our postwar economic boom ended, and wrenching economic changes obliterated whole industries while creating new ones. Our expansive vision of human space exploration was choked off by budget constraints and confined to low earth orbit. Artificial intelligence lagged far behind that of HAL 9000, but the exponential growth of computer power fueled the technology boom of the 1990s. That and irrational exuberance fueled the crash that followed. 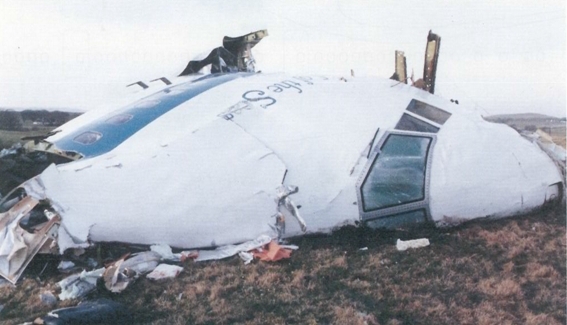 And in the Middle East, a cult of Islamist holy warriors festered, spawned mainly by Saudi Wahhabism and the Soviet invasion of Afghanistan. Pan Am went bankrupt, weakened by the bombing of Flight 103 and finished off by high oil prices following the first Persian Gulf War. Kubrick and Clarke's hopeful vision was on its deathbed by the turn of the millennium, and the 9/11 attacks finally killed it. The real 2001 would be remembered, not for lunar colonies and contact with extraterrestrials, but for a barbaric act of primitive religious hatred.

Part of the problem was the extrapolation of postwar American economic growth, which turned out to be a transient anomaly. But most of it had to do with those inner demons, which in some parts of the world were being conjured, not exorcised, during the pre-millennial decades. The Wahhabi doctrine of violent jihad is now the most toxic of Saudi exports. Fifteen of the nineteen hijackers on 9/11 were Saudi citizens. 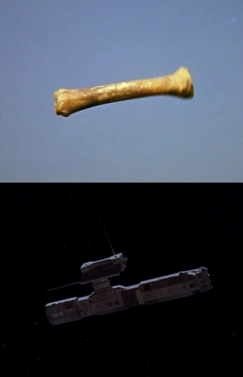 Of course tribalism and violence have always been part of human nature -- a central theme, ironically enough, in the opening prehistoric sequence of Kubrick's movie. Violence also characterized the year of its release: the Tet offensive, the assassinations of Martin Luther King and Robert Kennedy, race riots, and the blood-stained protests at the Democratic National Convention in Chicago.

But we are flexible animals, and another of our evolutionary endowments is a propensity, during childhood, to accept on faith whatever our parents teach us. This is a big part of what makes human cultural evolution possible. We can teach our children kindness and tolerance for all of humanity, or we can teach them bigotry and religious fundamentalism. Indoctrination of either kind tends to last a lifetime. We are probably stuck with Islamist violence and turmoil in the Middle East for at least another generation. A repeat of 9/11 seems unlikely, but other kinds of terrorist attacks seem inevitable.

Our best hope is educational reform in the Muslim world -- reform that emphasizes tolerance, freedom of expression, religious pluralism, and real education in the arts and sciences. There is a small but growing movement for this in Muslim countries, mainly among a tiny and often persecuted secular minority. It will take decades, and the process has barely begun. We should do all we can to nurture it. We must also show the theocratic Muslim world, by our own example, that pluralistic secular democracies lead to more peaceful and economically successful societies. Embracing xenophobia and authoritarianism won't help.

And what of humanity's future in space? I've learned enough science since 1968 to know that direct contact with extraterrestrials, of the kind depicted in 2001: A Space Odyssey, is extremely unlikely. Colonies on the moon might never be practical but are at least within the realm of the possible. Robotic space exploration, however, is relatively cheap and abundantly productive. Only three days ago a sample-return mission was launched to asteroid Bennu. A year ago the New Horizons spacecraft gave us our first close-ups of Pluto, taking us much deeper into space than even Kubrick's fictional Discovery One spacecraft went (not counting the hallucinogenic trip through the Stargate). 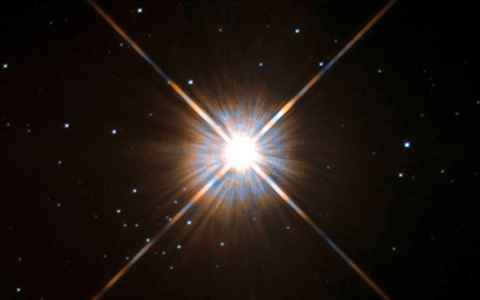 An earthlike planet has recently been detected in orbit around our nearest neighboring star, Proxima Centauri. "Nearest" is a relative term, of course. At four light-years away, it would take a spacecraft like New Horizons tens of thousands of years to get there. But it beckons, and we may someday find a faster way to send robotic starships there. Or maybe an array of giant telescopes on the far side of the moon could do better, in which case the lunar colony suddenly becomes promising.

But first we must get our economic affairs in order, end our population growth, learn to live within our means, keep our Earth habitable, and find a way to tame those demons.

John C. Wathey is a computational biologist whose research interests include protein folding, evolutionary algorithms, and the biological forces behind religion. Learn more at www.watheyresearch.com.

And here you can watch the trailer for a recent release of 2001: A Space Odyssey: