On the Internet, breaking news can become ancient history in a matter of hours. So it feels a bit strange to consider how far some of our favorite pieces of technology have come since 2005, when The Huffington Post launched. Gadgets were clunkier back then, and our world felt a bit slower overall.

Instead of smartphones, we were using PDAs and dumbphones. Apple had released its final iBook and was starting to integrate video into the iPod MP3 player. And if you wanted to stream live TV on your computer, you needed a set-top box. How quaint!

Here's a look back at some of the gadgets we absolutely had to have 10 years ago: 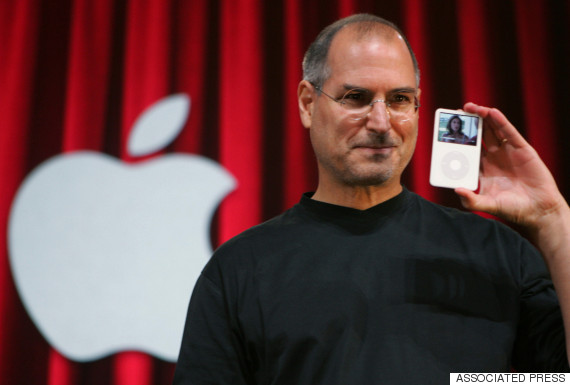 For most of 2005, the best iPod money could by was one with a simple color display. The MP3 player let you drag your music onto it from your computer's iTunes and load pictures and album art, too. (Imagine!) Later in the year, Apple announced an update, the iPod with video, which allowed users to watch entire episodes of, say, "The Office" or "Desperate Housewives" on the 2.5-inch display. 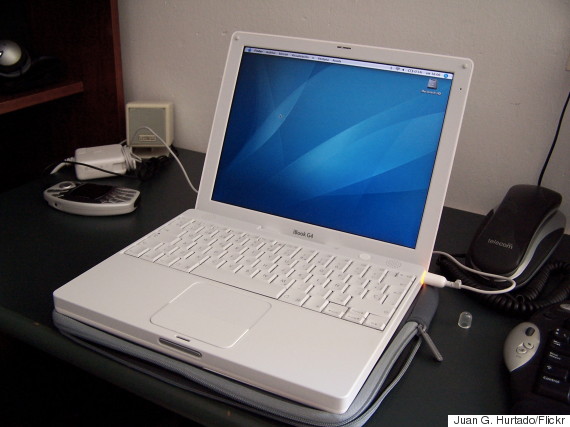 An updated version of Apple's iBook G4 hit stores in the middle of the year. One reviewer applauded the "scroll touchpad" but complained that his viewing of "Titanic" on DVD was "lackluster." Notice the little button that you had to press to get the top part of the clamshell to pop open: That feature stuck around for the introduction of the MacBook Pro in 2006 but is absent in today's laptops. 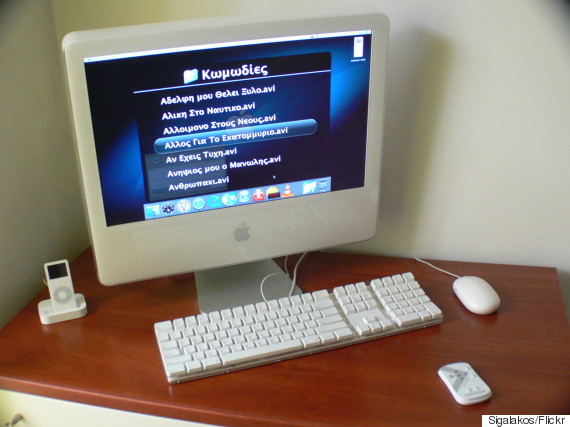 The second version of Apple's iMac G5 desktop computer hit in May 2005, the same month HuffPost was founded. (Holla!) For the first time, the computer contained an "ambient light sensor," which allowed the display to automatically dim according to how bright the surrounding room was. 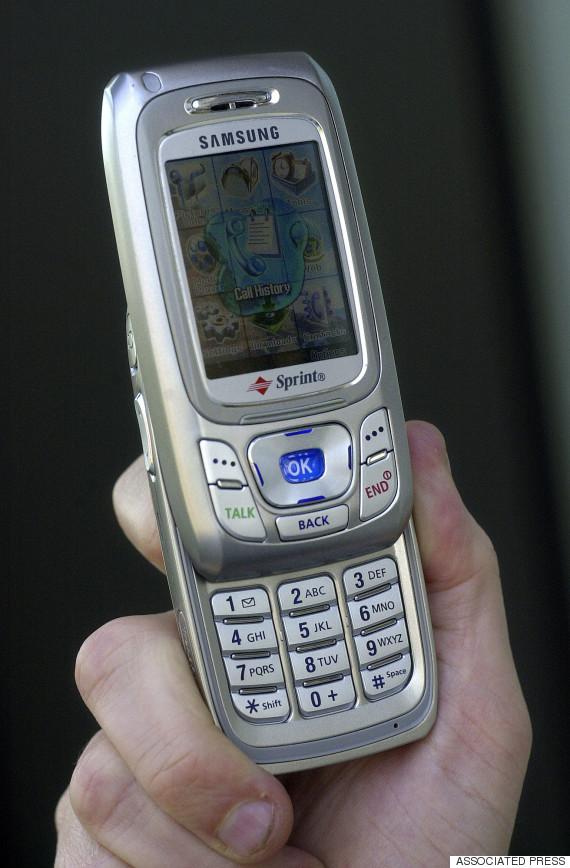 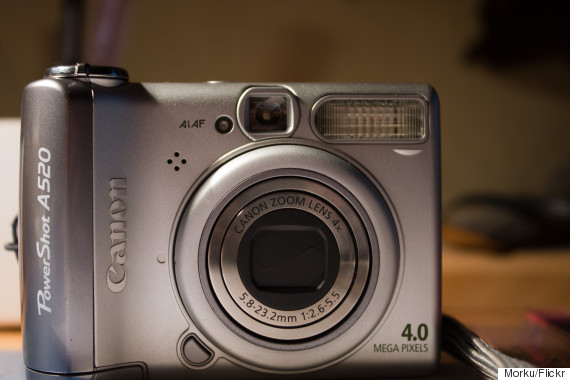 Remember these things? Rendered almost obsolete by smartphones, consumer digital cameras like the Canon PowerShot A520 were the go-to selfie machines of the era and cost a couple hundred dollars a pop. 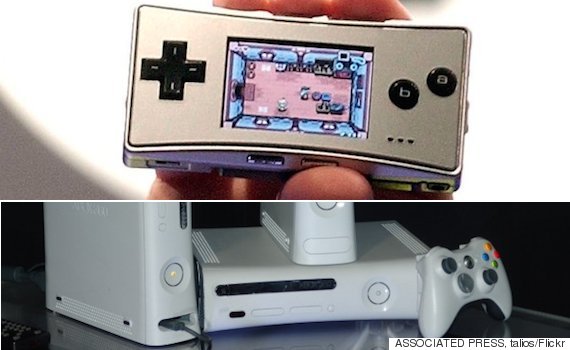 In 2005, Nintendo introduced the Game Boy Micro, which remains the smallest handheld from the game maker. It was the final version of the Game Boy brand, which launched in 1989. The teeny device is still sought by collectors.

On the other side of things, the Xbox 360 launched in November 2005. Games like "Mortal Kombat X" are still being released for it today. 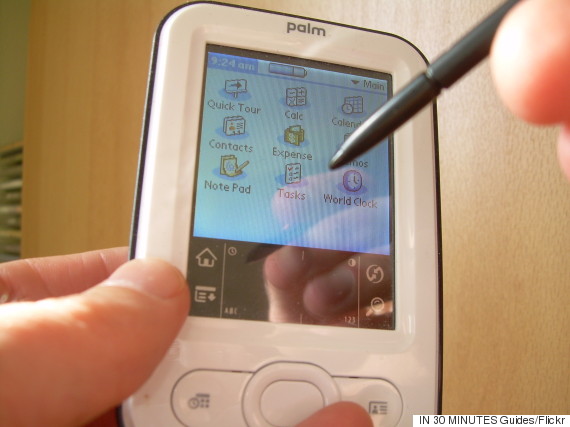 In lieu of smartphones, "personal digital assistants" like the Palm Z22 (pictured above) let you manage contacts, jot down notes and view images. Fancier models played MP3 files, but they didn't get much more advanced than that. 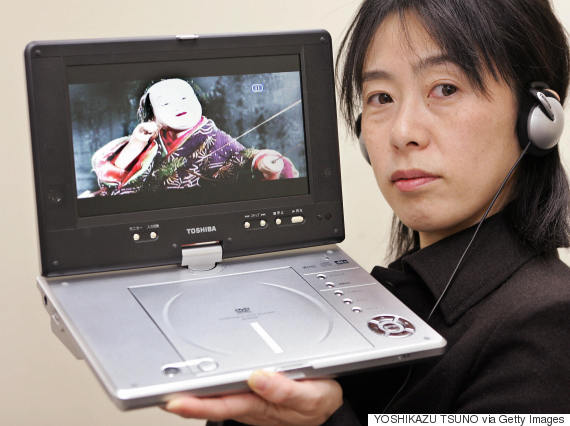 Today, you can stream feature-length films in high-definition on your smartphone's massive screen. In 2005, you had to purchase a "portable" DVD player the size of a laptop, rent a disc at Blockbuster and watch it -- so long as it wasn't scratched. This unit, the Toshiba Portaro, cost $500. 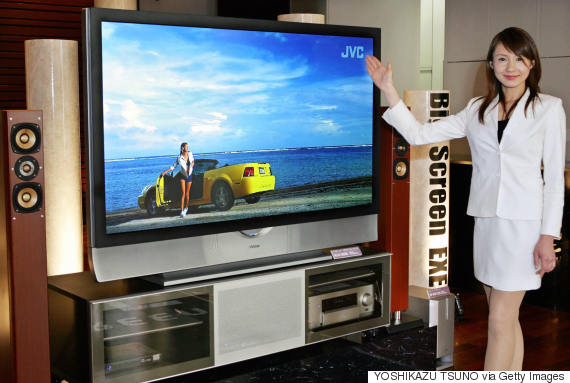 In 2005, HDTVs were just gaining traction in the U.S. This behemoth (above) was JVC's Big Screen EXE, released only in Japan. It started at around $7,000.

The Slingbox reached the market in 2005. The device let you watch TV via your computer, so long as you could access the Internet. It was a bit ahead of its time: Services like PlayStation Vue and Sling Media's own Sling TV app are just now allowing users to watch live TV via the Internet, no cable subscription required.