The 2011 Hong Kong Art Fair is larger than ever with 260 galleries participating in this year's festivities which run through Sunday, May 29. While many of HK11's programs seek to raise the profile of Asian artists and promote education, there is still an undercurrent of dissent surrounding the artists and the works exhibited this year.

Such controversial works include art by detained artist Ai Weiwei and David LaChapelle's "Raft of the Medusa"-inspired "The Raft." The inclusion of these works demonstrate how visible dissent is allowed to be in an controlled environment. Hong Kong differs from the rest of China in that it has a larger amount leeway with freedom of speech and expression, however Ai's incarceration is a reminder that the Chinese government can take that freedom away.

Ai is a celebrated Chinese activist-artist who was arrested on April 3 on charges of tax evasion and destruction of accounting documents. Human rights activists are outraged claiming that the Chinese government uses these kinds of charges to arrest activist for political dissent. Mr. Ai has been an outspoken critic of the Chinese government and activists in Hong Kong have been protesting his imprisonment. His 2007 piece "The Marble Arm" is modeled after a series of photographs he took in 1995 of himself giving the finger to various centers of government in different countries, including China's Tiananmen Square. "The Marble Arm" is true to its title; the disembodied arm with a shoulder and half a head was modeled after Ai's own that is giving the finger to whatever happens to be in front of it. The use of marble is interesting due to the material's connection with classical antiquity which itself is equated with democracy.

Kacey Wong, another Chinese artist, has been organizing a non-selling exhibition called "Love The Future" with 50 other Hong Kong artists that speaks out against Ai's imprisionment. There is also campaign that asks on buttons, t-shirts and street corners "Who's afraid of Ai Weiwei?". Wong recognizes the important effect that Ai's activism has had in the art world and intends to remind Hong Kong artists that they have an amount of freedom that others in their country do not enjoy.

David LaChapelle's "The Raft" is modeled on another artist's work of political dissent, Theodore Gericault's "The Raft of the Medusa." Gericault's work portrayed a moment of French history where political maneuvering resulted in the wreckage of a ship and over a hundred deaths. The 10-foot long "Raft" is a collage and was unveiled in March. This is LaChapelle's first solo show in Hong Kong, and the choice of this work represents recognition of the artist's ability to critique the government through art.

Both "The Raft" and "The Marble Arm" are commentaries on the power and place of government by two very recognizable artists, calling more attention to the tensions regarding freedom within China itself. 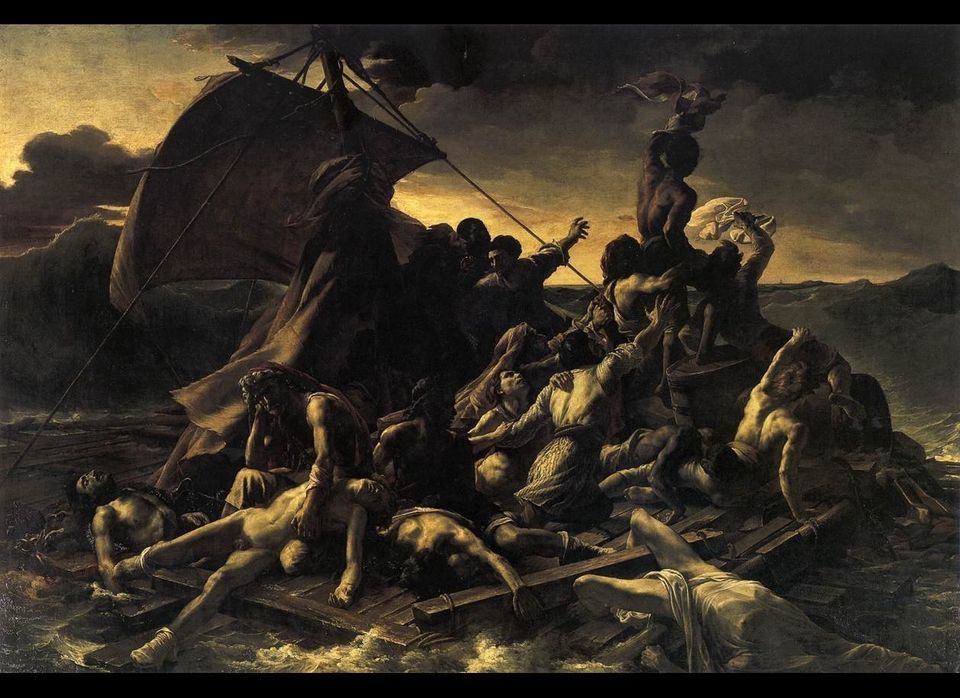