National Geographic has announced the winners of its 2011 Photography Contest, and the images are nothing less than stunning.

Shikhei Goh of Indonesia was named the grand prize winner for his image of a dragonfly entitled "Splashing." Goh will have his photo published by National Geographic and receive a $10,000 prize and a trip to National Geographic headquarters in Washington, D.C., according to a press release.

National Geographic reported that they received over 20,000 submissions from both amateur and professional photographers in over 130 countries. Submissions were judged in one of three categories: nature, people and places.

Be sure to check out some of the other submissions from this year's contest. Click here to see winners from the 2010 National Geographic Photography Contest.

Below, find the winning images from each category, along with several honorable mentions. Be sure to vote for your favorites!

Images and captions courtesy of each credited photographer. 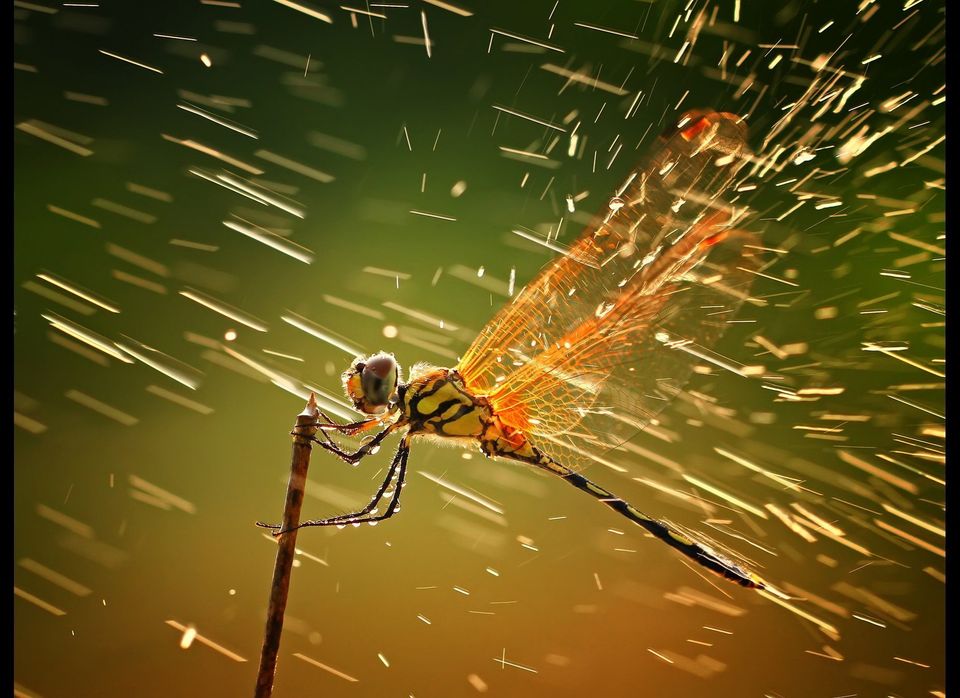 1 / 14
Grand Prize Winner and Nature Category Winner
2011 National Geographic Photo Contest <em><a href="http://ngm.nationalgeographic.com/ngm/photo-contest/2011/entries/104493/view/" target="_hplink">Photo and caption by Shikhei Goh</a></em> This photo was taken when I was taking photos of other insects, as I normally did during macro photo hunting. I wasn't actually aware of this dragonfly since I was occupied with other objects. When I was about to take a picture of it, it suddenly rained, but the lighting was just superb. I decided to take the shot regardless of the rain. The result caused me to be overjoyed, and I hope it pleases viewers. <em>Location: Batam, Riau Islands, Indonesia</em>
Shikhei Goh, National Geographic Photography Contest